I spent 8 hours drinking in Pacific Beach on Saturday in 4 different bars. I met up with Chad and some of his work friends at the PB Bar & Grill at 2pm for some beers and shots. It was pretty empty at first, but it filled up quick when a golf-themed pub crawl arrived. 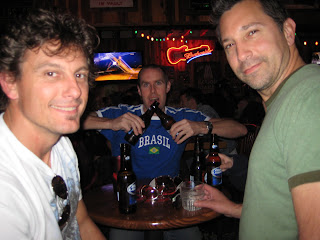 Costumes seem to be really popular lately. We bumped into at least 4 themed groups during the day. The mustache aficionados sporting some impressive real ones and funny fake ones (including the girls), a group wearing denim and a large gathering of birthday celebrators all wearing the same t-shirt. There were some random guys wearing trash bags and wrestling costumes, but I am not positive they were part of any group. 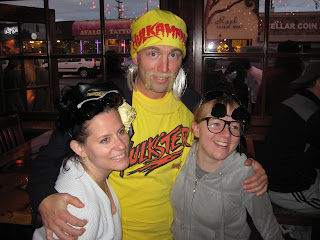 We took a taxi over to Rocky's for more beers and their delicious hamburgers. I have been here once before and I agree that they have the best burgers in San Diego. Afterwards, we went over to Bub's Dive Bar on Garnet where I had a car bomb and more beer. 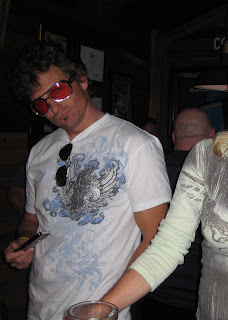 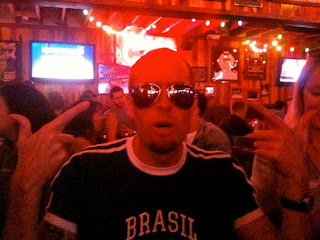 We ended up at Open Bar by 8pm. I was able to play a few competitive games of foosball with Chad against some nice guys, but we lost all but one. I need to get practicing again on our foosball table at work.