Taking advantage of our yearly pass, we returned on Wednesday to the San Diego Zoo. Since it was winter, the park was much less crowded with all the children back in school. Our first stop was the Outback section where we saw Tasmanian Devils, Kookaburras and the napping Koala Bears from Australia. In the Urban Jungle, we talked to the docent about the Giraffes, watching a mother feeding with her child before she moved over to the pool for a drink. It was very cool to watch as she splayed out her forelegs so her head could reach, spraying the water out in long arcs as she raised her long neck back up to its great height. I have seen this behavior on nature videos but never in real life. Nearby in the center enclosure, we watched a Rhinoceros being fed, using its prehensile lip to eagerly grab the treats from the keeper's hand. This area used to be the Elephant Mesa with elephant rides when I was a child where I had a chance to ride on their broad swaying backs. 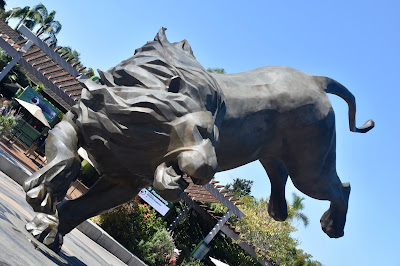 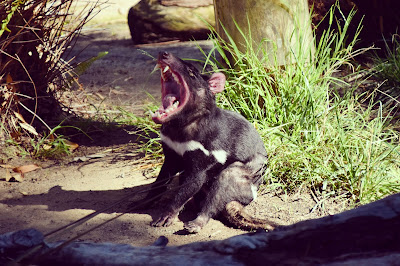 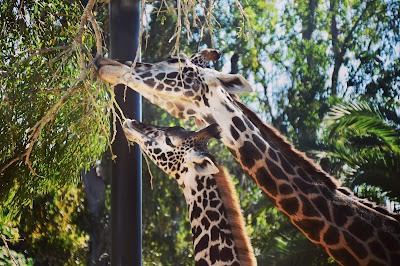 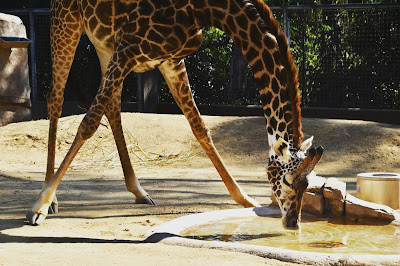 As we approached the troop of Hamadryas Baboons in the Ethiopian Highlands exhibit, we witnessed a battle royal. We saw a female baboon chasing after a male who responded by trying to mate with her. This pissed off another male and the two proceeded to fight, drawing the rest of the males into a screaming rumble as they fought and chased each other around the rocky enclosure. We saw the anxious keepers keeping a close watch over them until they calmed down about 5 minutes later. We learned afterward that the male baboon patriarch had recently died which upset the troop hierarchy and the remaining males where still working out the new power dynamic. In the nearby enclosure, the Geladas must have been riled up by all the hooting and hollering from the Baboons as they began running around their exhibit as well, shaking the trees and screeching at each other with bared teeth. Even though a nickname for the Gelada is Bleeding Heart Baboon, they are in a different Genus from their Baboon relatives. 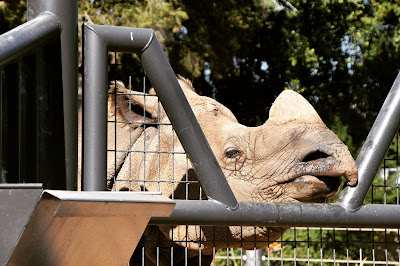 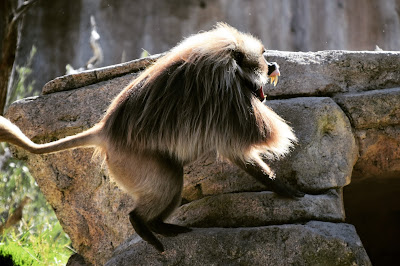 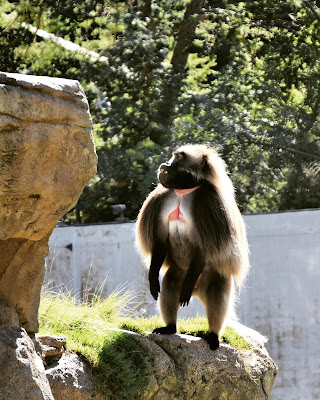 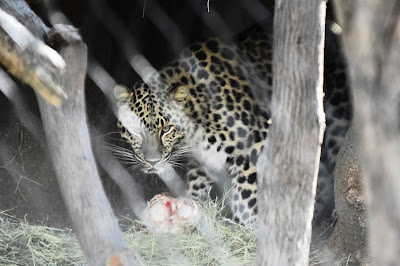 Leaving the two primate species behind, we wandered the winding trail through the Africa Rocks area where we watched a Leopard feeding on a animal leg and Lemurs from Madagascar climbing the netting of their enclosure. We went through three different aviaries as we climbed the slope of the canyon. The first was filled with birds from Africa like the Taveta Golden Weaver building a nest over our heads and the Exclamatory Paradise-Wydah with long tail feathers that were three times the length of its body.  The Parker Aviary were filled with tropical birds from South America like the Toucan and the Andean cock-of-the-rock, the national bird of Peru with it's distinctive disk-shaped plumage of orange feathers on its head. 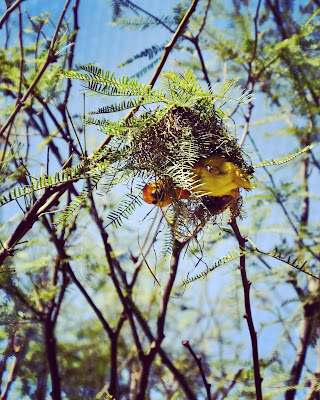 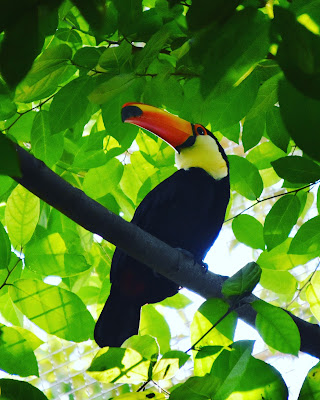 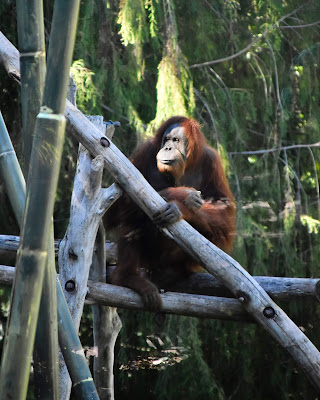 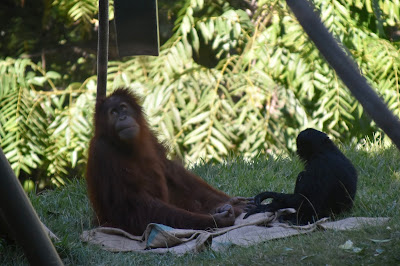 After the aviaries, we walked down the Orangutan Trail to visit the enclosure that the hairy red apes from Indonesia and Borneo share with the Siamang Gibbons. With the two mothers sitting nearby, we watched the two youngest members of the different species wrestle and cuddle on the ground. Sela, the three year old gibbon, loved swinging around a thick rope and landing back onto the nine year old Aisha who rolled around on her favorite burlap sack. Sela was born premature, almost half the weight of a normal newborn, but she quickly gained weight to become a healthy juvenile. When we visited the bear exhibits, they were all empty except for the Andean Bear roaming around its enclosure. It is also called the Spectacled Bear due to the white patterns of fur around its face that resemble glasses. This is the same species as Paddington Bear from the children's books who came to England from the Andean mountains in Darkest Peru. 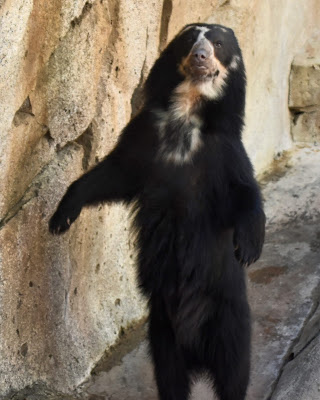 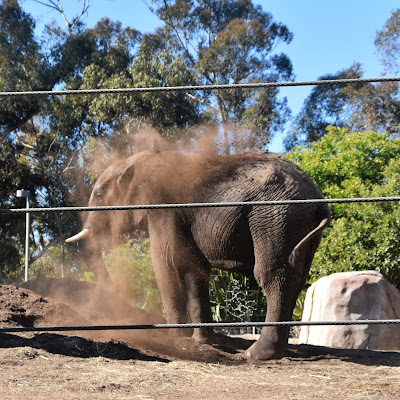 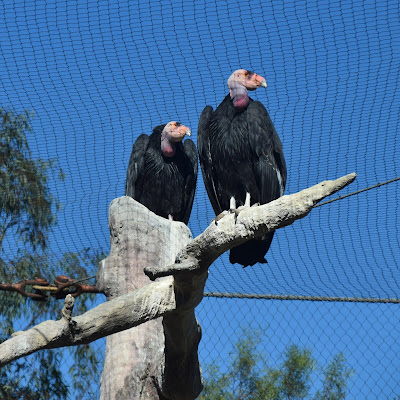 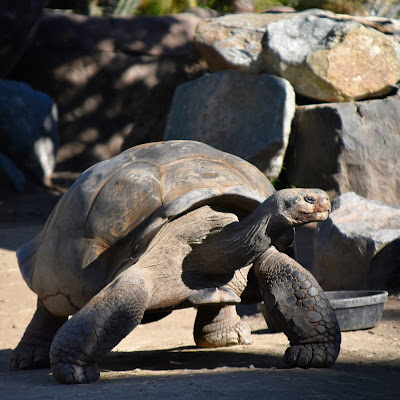 It was a sunny day as we rode the Skyfari aerial tram back across the park to visit the Elephant Odyssey. One of the elephants was playing with the interactive feeding structures while another was using her trunk to give herself a dust bath. In the wild, elephants use this behavior to protect their skin from the sun and repel bugs. We also saw two huge California Condors perched high up in their exhibit before we headed to the Reptile Walk for the last part of our visit. By the shape of their shells, we could identify which of the islands the Galapagos Giant Tortoises originated. By the time we had finished checking out Komodo Dragons in their separate exhibit, we had walked over 5 miles. On the way home, we stopped at El Tianguis for their rolled taquitos, the best in the city!

Posted by Noah Unsworth at 1:09 PM No comments:

Over the last month, we have been holding our AcroJams at Kate Sessions Park on Mount Soledad. Even though most of the park is a sloping hill with beautiful views of Downtown San Diego and Mission Bay, there are several flat spots where we could practice our AcroYoga with friends. This weekend, we tried a new hands-free Shoulderstand pose with stagged legs for the flyer. We also attempted a new Croc pose with straight flyer legs. The higher I maneuvered Tori into the vertical plane, the less stable it became. 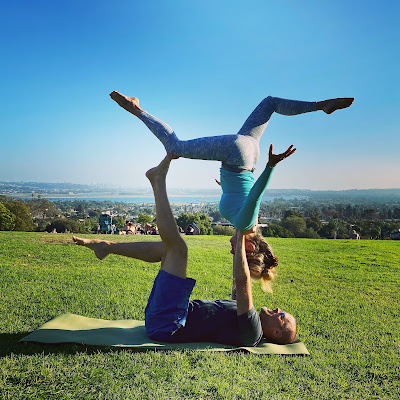 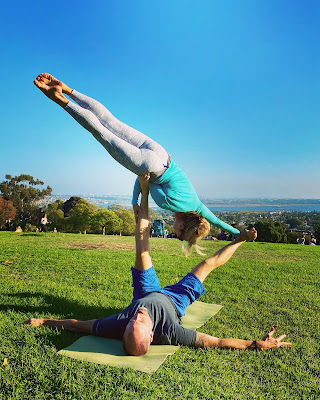 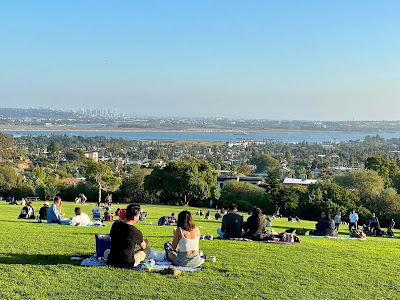 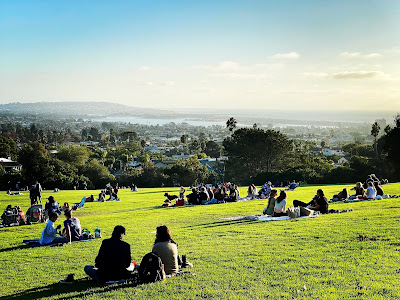 For sunset, we drove up to the National Veterans Memorial at the top of Mount Soledad. With clear skies, we had 360 degree views of surrounding San Diego from the 823 foot summit. To the north, we could see the Scripps Pier in La Jolla and the coastline cliffs all the way to Camp Pendleton. To the south, we had the higher view of Downtown San Diego and Mission Bay. Beyond the peninsula of Point Loma, we could see the Coronado Islands sitting off the coast of Mexico. 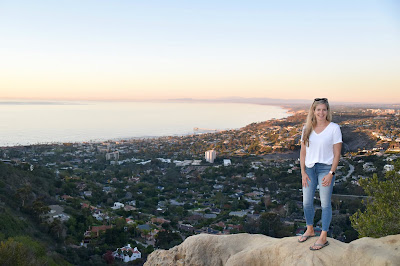 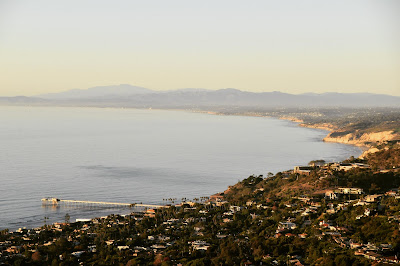 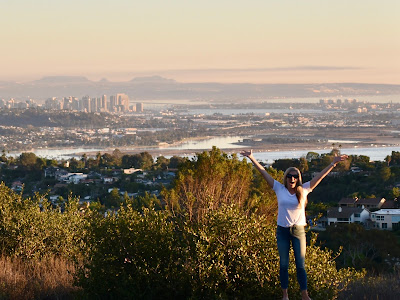 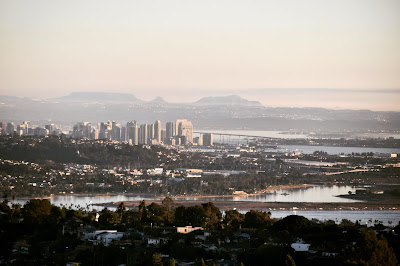 As the sun set, it reflected off the ocean-facing windows of the city and illuminated the interior of the giant Memorial Cross at the summit with a warm glow. The concrete cross is 29 feet tall with a 12 foot arm span. This is the third cross built on this site after the first was erected in 1913. After numerous legal battles that repeatedly ruled that the religious symbol on public land was unconstitutional due to the separation of church and state, the plot of land with the cross was transferred in 2015 to the private veterans association that ended its unconstitutional status. 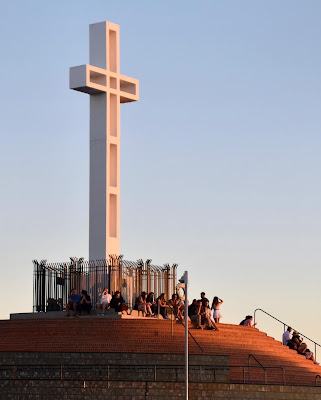 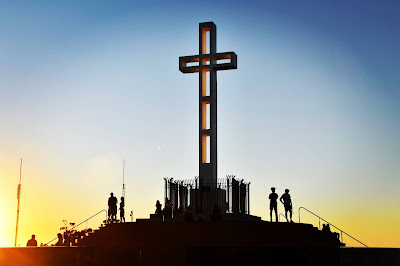 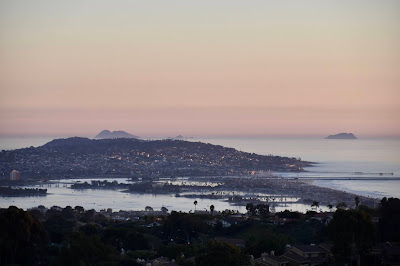 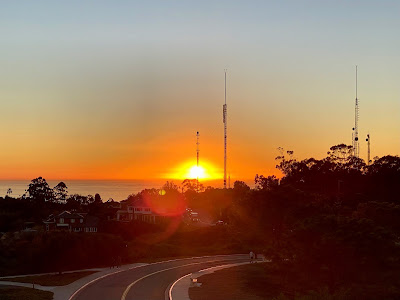 Posted by Noah Unsworth at 1:11 PM No comments: