Tori and I were in the middle of learning Form 2 in AcroYoga class last year when I injured my Hip Flexor. (Most likely from catching Flying Trapeze than from AcroYoga.) As I slowly recovered we have returned to working on the form's series of intermediate poses and transitions. Now that I am healed, I wish Rachel and Jackie were still teaching at Aerial Revolution so we could return to class for our Form 2 Demonstration and to start learning the next one from them. 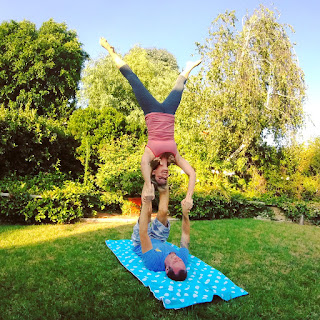 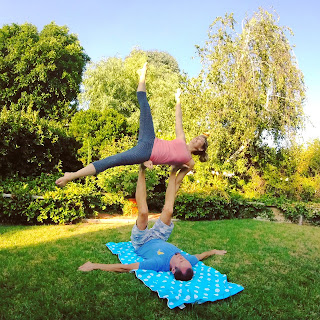 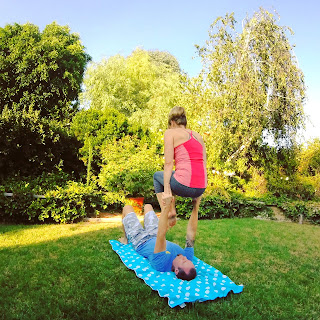 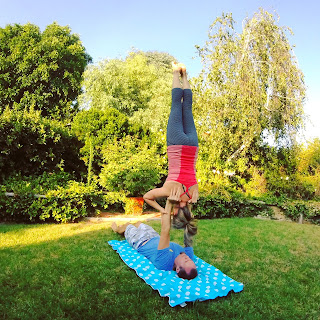 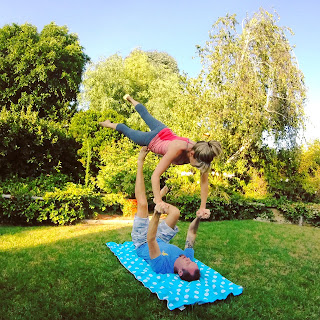 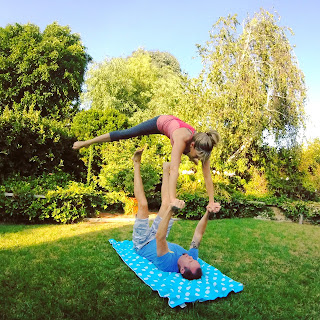 Below is the time lapse video of us performing the complete Form 2:

We finally got to demonstrate Form 2. Nathan asked us to assist with his Friday night AcroYoga class at Aerial Revolution and we ended up demonstrating Forms 1 and 2 for the students.

Tori helped Lianna get a Flying Trapeze job at a summer camp in Pennsylvania so we filled in for her at Trapeze High on Sunday. After working the class, I got to fly and get in my 10 swings for the day. 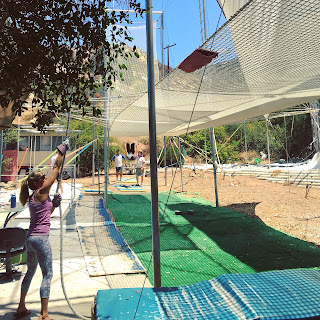 After a brief attempt at the Turnaround a couple years ago, I decided it was finally time to try again. While I have a decent warm-up swing now, I keep blanking on the timing and rhythm in the Turnaround when I see the board coming at me on the backend. It is scary!

While practicing a new trick is fun, working on a new swing is just sweaty and exhausting. After my first three flailing attempts, I listened to some timing advice from Chris and had a much improved turn and swing. My form still has a loooong way to go.

Even though I have no video documentation, I had my first successful Turnaround this Saturday where I completely cleared the board for the first time. It felt amazing! Tori said I had such a look of shock on my face.  Tommy gave me some great tips that really helped.

I regressed when I returned to work on my Turnaround. Here is a video of one of the four times I hit the board before I finally made it back over the top.

It wasn't pretty, but I made it back over the board for my 5th and 6th attempts.

While I am still learning my Turnaround, Chris showed off his TurnaRise, a turnaround combined with an Uprise.

Darin worked in some Hand Claps after his Turnaround.

After at least ten misses, Gina pulled off her Pirouette back to the bar for the first time and returned to the board. Chris wasn't happy that his girlfriend pulled off the new trick before he could and on his birthday too. Ha!

Improving! I attempted four turnarounds today without crashing into the board. The last is my best. No Safety Lines next time.

Today at the Labor Day BBQ, I finally flew my Turnaround without Safety Lines. Yay! I was nervous but it went well. Here is the video of my cleaner second attempt.

Posted by Noah Unsworth at 5:34 PM No comments: Links to this post