Go-Kart Racing and Roller Skating
(Plus a little fun with Fire!)

Friday morning, we had Fire Extinguisher training during our company's Health and Safety Meeting. Everyone took turns putting out a contained gasoline fire to familiarize the staff with the fire extinguishers in our building. It was fun and I now feel more confident in pulling one off the wall in an emergency. 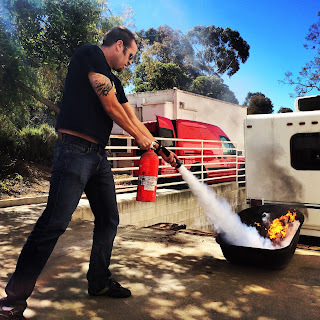 After work, I went to K1 Speed in Carlsbad for Jill's Birthday. She won the first race and Kenny the second. Even though I came in 4th and 5th, my passing has improved a lot. I squeezed inside four aggressive drivers with only minimal bumping on the turns and no one could keep up with me from behind. My best lap of the night was 29.41, a big improvement from the 32.41 seconds I put up the first time I raced their indoor track in 2007. I was a bit worried about catching the next day at trapeze since my hands and forearms were super sore from steering the go-karts through the sharp turns at high speed. (They were still stiff in the morning, but they didn't give me any problems. Phew!) Since it was getting late, we skipped our third race and headed to Cap'n Kenos for dinner. I have mixed feelings about this place. Except for their spaghetti special, I swear I will only order breakfast items from now on. The place is extremely cheap so I shouldn't be surprised by the low quality of the food. 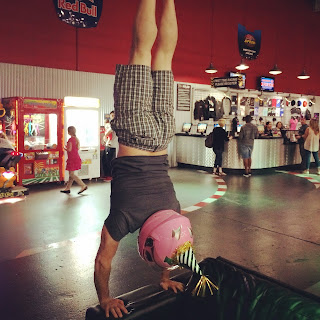 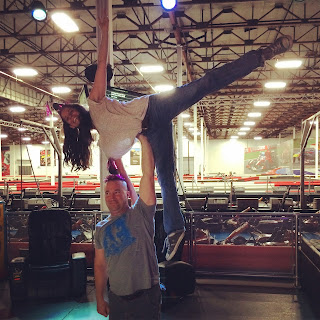 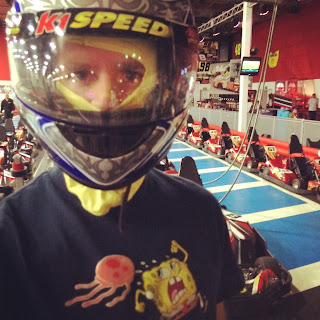 Tori's Birthday is Monday so she wanted to go rollerskating in Mission Bay this weekend to celebrate. We met up with Jill and Kenny at Bonita Cove on Sunday afternoon and skated along the Bayside Walk fronting Mariners Basin. It was my first time skating outdoors in a long time so it took me a little while to get used to the uneven concrete paths. (I fell only once!) After we circled Mission Point we headed up the Ocean Front Walk along South Mission Beach. Reaching the rough pavement and heavy crowds at Belmont Park, we crossed back over Mission Boulevard and skated along the bay until we reached the Bahia Resort at Ventura Cove. We were tired but not too exhausted after an hour in skates so we went out for dinner at Barrio Star for their delicious tacos. 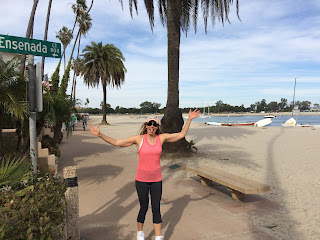 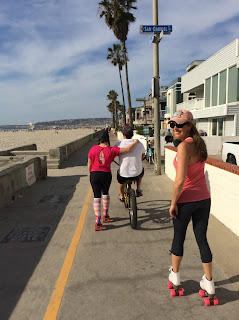 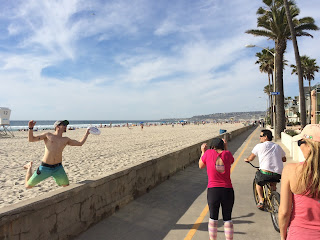 p.s. It find it funny that out of all the interesting things we did this weekend, Tori and I catching two trapeze classes on Saturday is barely mentioned in my post.
Posted by Noah Unsworth at 7:30 PM No comments: