I did my second triathlon this last weekend up in Long Beach, CA. It was still a sprint distance but it was longer than my triathlon in Mission Bay with a 1/2 mile swim, 11 mile bike & 3 mile run. I did the race with my friends, Chad & Fatima. It was their first one. 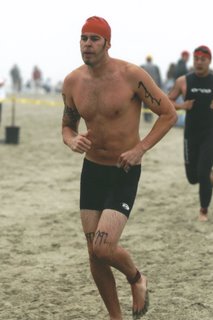 The ocean swim for this triathlon was freezing. It almost knocked the breath out of me when I first jumped in and my ears felt ice cold. I had to keep switching which side I breathed on to give each of them a break. If I was surfing I would be wearing a wetsuit in water this cold, but I don't have the right kind of wetsuit for swimming. 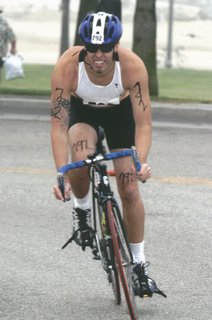 The bike section was a loop that you had to circle twice past the Queen Mary. That was nice because I was able to spot my friends as I passed them on my second trip around. 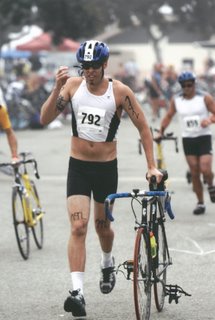 I felt much better in my run than I did in my first triathlon. I think it because I was more mentally prepared for the tough transition from the bike to running. It was nice that it was a very flat run course that swung out and back on a long jetty jutting out into the harbor. Afterwards we went to breakfast and each of us ate a huge meal. We were starving.

Long Beach on Dwellable
Posted by Noah Unsworth at 6:32 PM No comments: