Today was my first time watching the San Diego Pride Parade. While Tori has performed Static Trapeze in the parade before, it was her first time as a spectator as well. Under the shade of a palm tree, we had a good spot on the route to watch the parade just before they turned into Balboa Park. We saw our friend roller-skating with the San Diego Derby Dolls as well as several members of our Acro community performing. 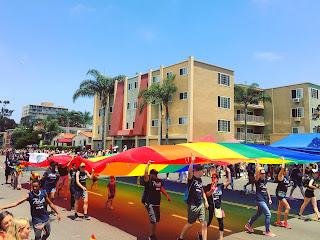 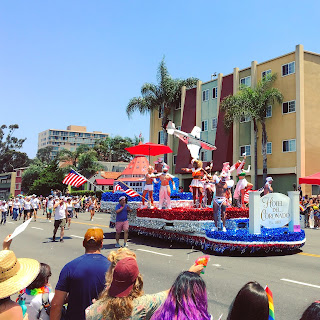 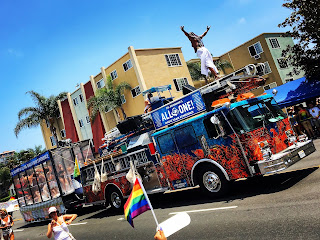 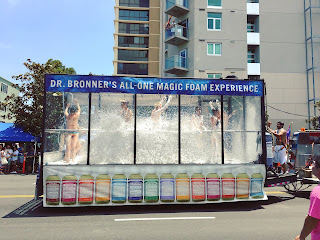 A lot of the parade floats and vehicles were celebrating the 50th Anniversary of the Stonewall Riots, a response to the police raid of a New York gay bar in 1969 and the birth of the modern gay rights movement. 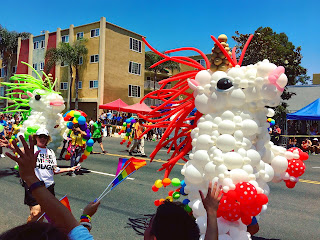 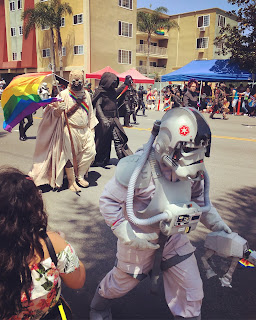 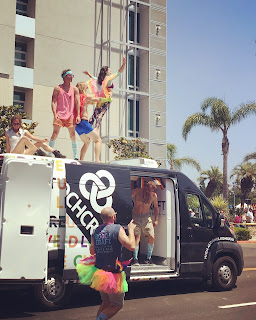 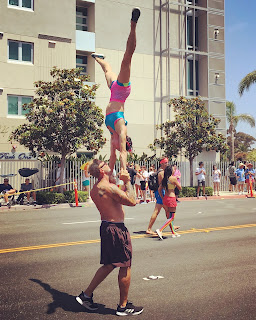 After the parade, we went over to our friend's house nearby for drinks, before walking back into Hillcrest to eat at Common Stock with drinking and dancing at The Rail.  Happy Pride!
Posted by Noah Unsworth at 12:05 PM No comments: Links to this post