On my evening walk along Neptune Avenue, I stopped at Stonesteps Beach to take some pictures of the High Tide. 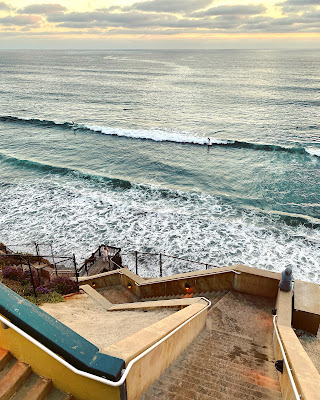 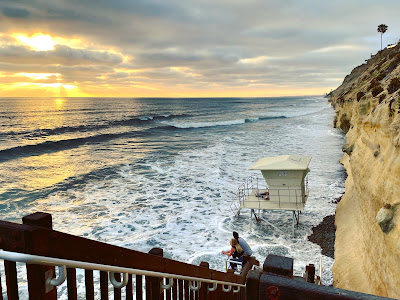 I barely missed getting soaked by the wave hitting the stairs in the last photo. 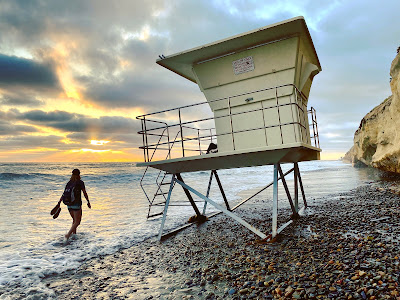 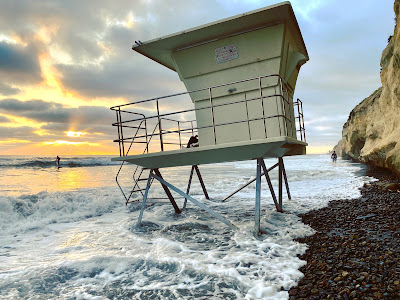 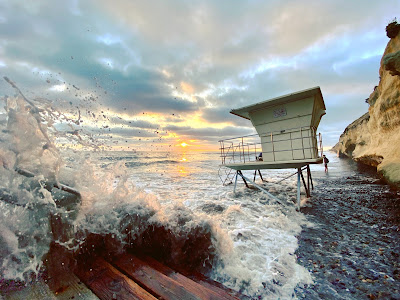 Posted by Noah Unsworth at 10:30 PM No comments:

We went to the park atop the cliff at Swami's Beach and took a few AcroYoga Base View photos beneath the tiki head carved from an old tree. The name of the art piece is called Easter Island Head II and was carved by Tim Richards in 2018.  He carved the smaller one in the background of the first picture in 2011. 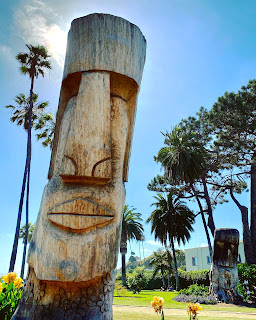 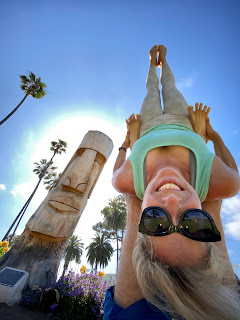 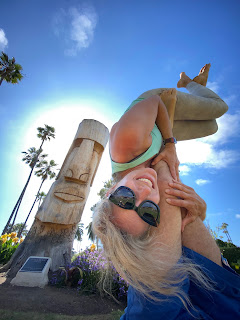 Posted by Noah Unsworth at 6:00 PM No comments:

We went out for our first dinner as coronavirus restrictions have been easing at restaurants. Back in March, Tori had wanted to go out for a sushi for her birthday dinner but we had to postpone during the shutdown. After a beer at the PCH Sports Bar, we walked over to eat at the Wrench and Rodent Seabasstropub in Oceanside for the first time. I had the Stone Soup Ramen and shared the Hedgehog and Hawaiian rolls with Tori. (The purple cauliflower in the ramen had a nice BBQ flavor.) We also ordered a plate of Nigiri, the Whitefish with Ponzu and Scallion, that had a great flavor. 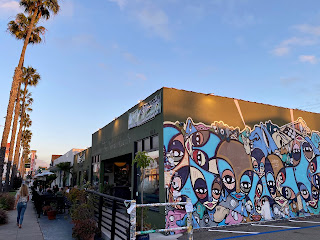 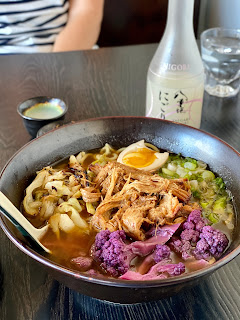 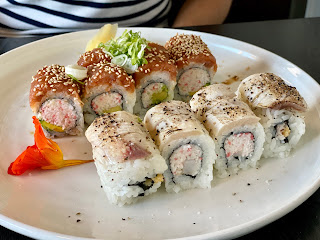 After dinner, we walked down to the Cassidy Street Beach. It was a scenic spot at Lifeguard Tower 15 with the sun beginning to set. It was high tide and the small surf was pounding against the rocks at the bottom of the stairs. 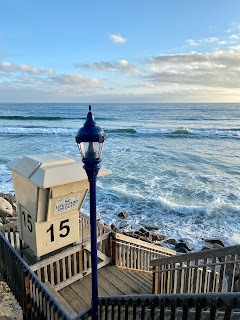 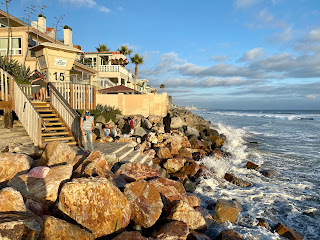 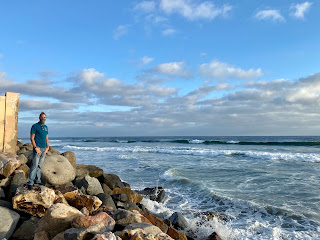 This is the second time in a row that we have come to the beaches in South Oceanside and the tide was too high to go for a walk on the sand. Two weeks ago we tried to walk North from Carlsbad into Saint Malo Beach but we were not able to go far due to the tide. This time, we thought we would be able to walk South from Cassidy Street over the same stretch of beach but it was not to be. I didn't mind though because the view was spectacular. 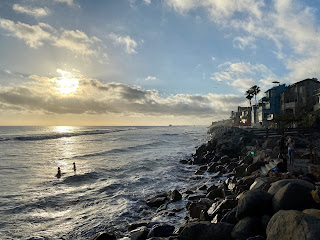 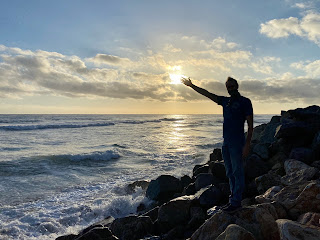 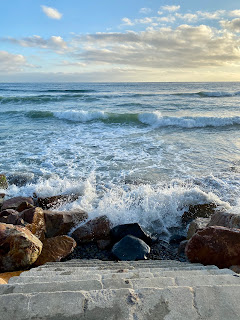 Leaving the beach, we walked south down the length of South Pacific Street and came back along the raised pedestrian walkway on the other side. We passed the Cassidy Street Bridge that was built back in 1927. While the old bridge is in poor condition that forbids car traffic, it is still open for Pedestrians to cross. 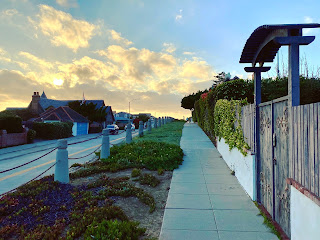 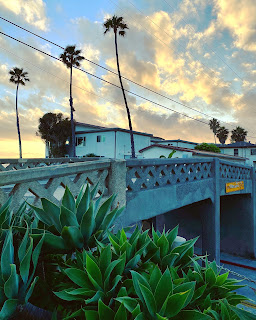 Posted by Noah Unsworth at 11:13 PM No comments: