Tori and I have been wanting some professional Engagement Photos taken before our wedding so our friend, Wayne Labat, offered to shoot them to build up the portfolio for his company, Happy Dragon Photography. We could have gone the normal route with some sunset pics at the beach but since we all do trapeze, we decided to dress up nice and take the pictures while flying on the rig in Escondido. 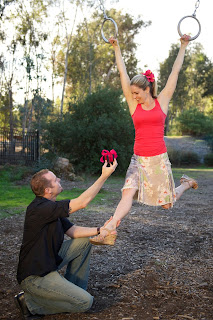 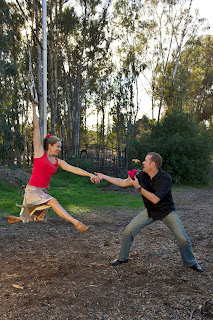 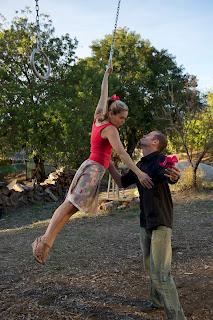 After Wayne set up his gear, we started out taking pictures on the new set of traveling rings before moving over to the trapeze rig. I climbed into the catch trap first so we could take pictures with Tori swinging toward me in a Knee Hang. Since our arms would hide our faces if I caught her, we just did timers while smiling and trying to keep our arms out of the way of the camera's angle. It is harder to get into the catch lock with stiff jeans and a button-down shirt but I thought Wayne got some great shots. 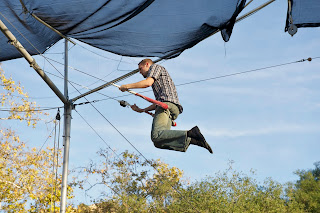 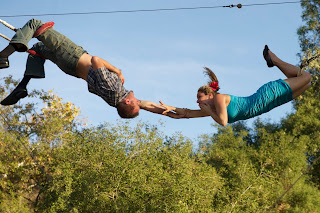 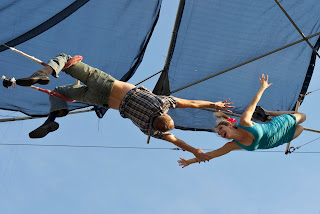 Wayne really wanted us to attempt the Bridge (holding a catch mid-air) before letting go with one hand to turn our upper torsos to the camera. We connected and held on the first attempt, but it was much easier for me to hold the position in the Catch Lock than for Tori in the Knee Hang and we released before Wayne could snap a photo. Since I was wearing knee pads under my jeans, we decided to switch places to see if I could hold the Knee Hang longer. Overconfident, I forwent the safety lines and Tori and I connected again on our first attempt. Wayne got off one shot before my legs gave out and I fell to the net. It is much, much harder to keep the legs bent with a metal bar pulling against them. 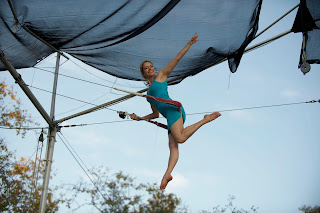 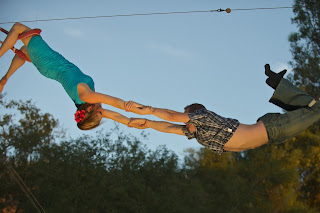 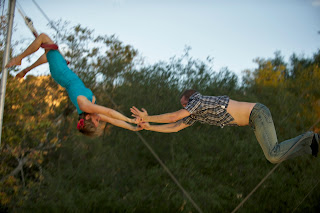 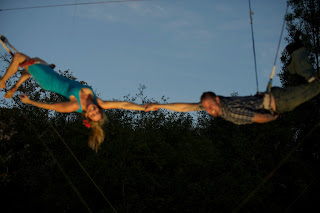 I hooked up to the safety belt for the next attempt with Dave coming over to take some of my weight on the lines. Tori and I were able to hold the pose longer this time, even releasing one hand to turn toward the camera for a few shots before my legs tired but the best poses came out blurry. Bummer! With a stunt ring in my pocket to try and present to Tori, we tried the Bridge one more time. We connected and I tried to fetch the ring out but the back of my knees were shot and we released without a good picture. 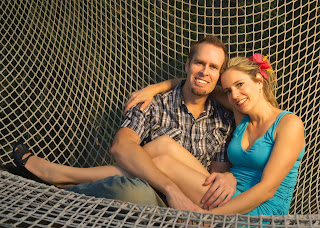 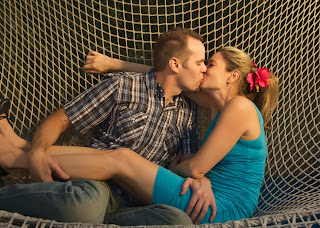 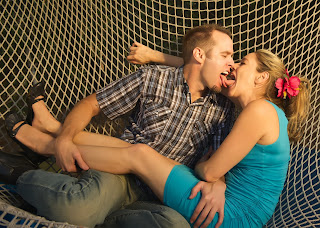 During the resting periods between shoots, I used Wayne's expensive SLR camera to take his picture with Lisa and their son, Tucker, dressed up as elves in the net for their Christmas card. We traded places and Tori and I took some pictures in the net's apron as well. 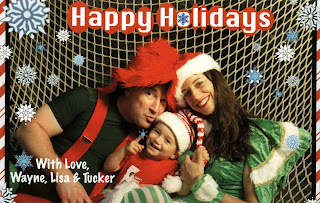 Posted by Noah Unsworth at 9:50 AM