I have been hanging out with a girl from Hungary named Edina, showing her around San Diego the last few months. Recently, we went to the new Stephen Birch Aquarium in La Jolla. It is a great aquarium displaying the ocean life of the California coastline. The best exhibit is the giant kelp forest tank. The large back porch with the tide pools has great views of the La Jolla shoreline and Scripps Pier. 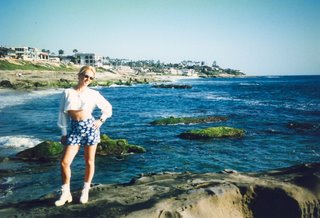 Afterward, we down to La Jolla and checked out all the beaches, La Jolla Cove, the seals at the Children's Pool and the famous Wind'n'Sea beach right by the beach house I worked at a few years ago. The waves have been fun lately and the water is pretty warm. That makes for some crowded conditions out in the water, unfortunately. Last weekend while surfing, a pod of dolphins swam close by me about fifteen feet away. I always consider dolphins as a good luck sign while out in the water, don't have to worry about sharks. 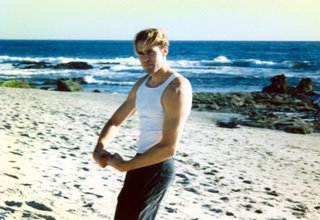 A few weeks ago, my friend, Matt, had his birthday. We had a limousine for seven hours. I had never been in one before. It was huge. We had nine people inside and we went to fancy Japanese restaurant, a nightclub, and then down to the beach. There was a lot of alcohol in the Limo and we all got pretty toasted.

I saw the movie, Austin Powers, International Man of Mystery. Mike Myers was hilarious. During one scene I laughed so hard that I had to wipe tears from my eyes. I saw The Fifth Element with Bruce Willis. It had an original spin on a old storyline with a good sense of humor. I thought Milla Jovovich was very hot. The director, Luc Besson, also did the French films, Nikita and The Big Blue, which I thought was very good. I thought The Lost World was a bit of a disappointment on the plot side. I saw it up at the Edwards Spectrum up in Irvine. BIG SCREEN!! 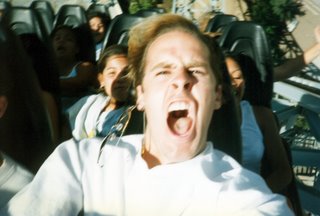 I went to Six Flags Magic Mountain, last weekend. My friend, Greg, and I went because of the new ride, Superman, The Escape. It traveled 100 miles an hour along the track and then shot up a tower that is as tall as a 41-story building. We sat in the front row and it was very exciting. I took a picture at the very top. It was hard to hold on to the camera because we were traveling so fast. My sunglasses flew off of me and out of the roller coaster at the top, but they fell back into the coaster at the bottom as we shot back down. It would have been even more amazing had one of the lenses not broken off when they landed. 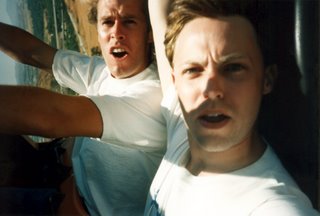 Posted by Noah Unsworth at 8:19 PM