Tori and I went rock climbing with The Southern Terrain on Sunday. After having to reschedule the weekend before due to rain, we had nice blue skies and temperatures that made it up to the high 70s by noon. It was very cold though when we met up with our climbing guide, Joshua Reinig, at the Mission Trails Regional Park before 8am. After everyone in the group received their climbing shoes and helmets, we walked down the Father Junipero Serra Trail with the granite face of Kwaay Paay Mountain (1,194 feet) looming ahead. 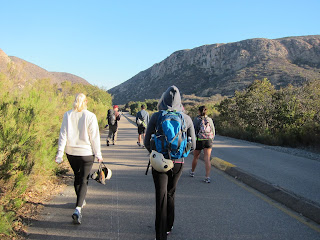 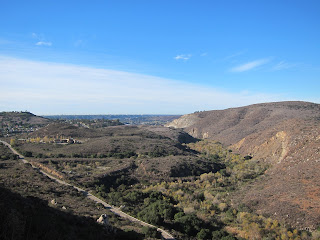 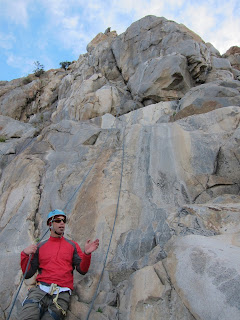 Hiking up the steep switchbacks of the Climbers Loop Trail, we crossed over to the south end of the Main Wall where we met up with Diego who had been anchoring the top ropes for our morning session near Lunch Rock. Below, we could see the tree-filled valley of the San Diego River winding away to the West. Placing our packs on the ground, we put on our climbing harnesses while Joshua gave us the safety talk, described the proper climbing commands and instructed us on how to properly tie the belay rope to our safety harness with two figure eights. 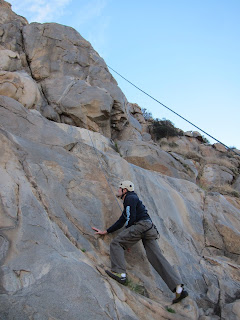 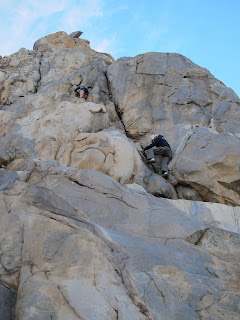 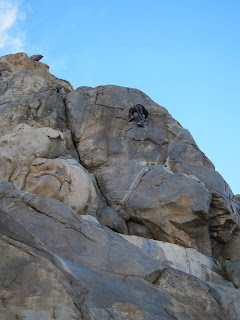 Climbing up first, Diego demonstrated the main route up Skyline Arete that has a difficulty of 5.8+. I went up third with Diego as the belayer. It was quite easy until I reached the narrow ledge half-way up and looked down for the first time. It didn't matter that I had a rope attached to my waist, my stomach still feared a possible fall. Diego gave helpful hints as I faced the top section of steep granite with tiny holds. It took about three climbing moves before my hand found a solid grip again and I made it to the top of the 80 foot climb. The rope had a lot of stretch to it as I leaned back in my harness to be lowered down in big hopping steps. 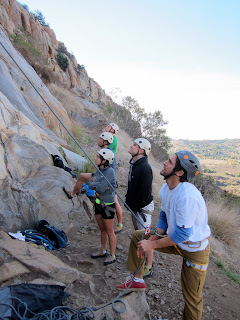 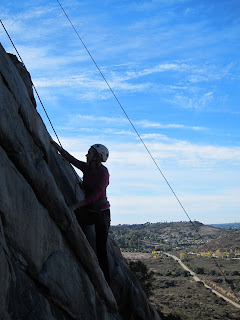 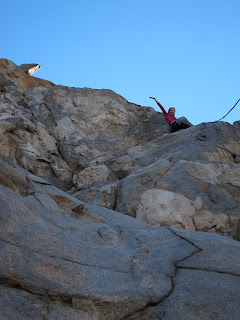 After Tori climbed Skyline Arete as well, we headed over to the second climbing station where Joshua was the belayer. This roped section contained two climbing routes, Beautiful (5.5) to the right and Mission Control (5.7) to the left. Tori went first this time and we found out that Joshua went to San Dieguito High School as well and knows my younger brother, Jordan. 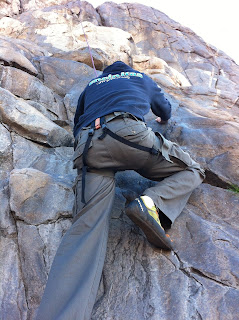 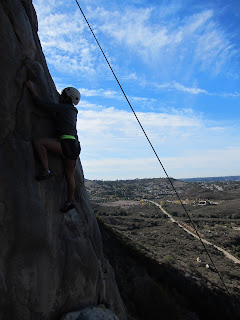 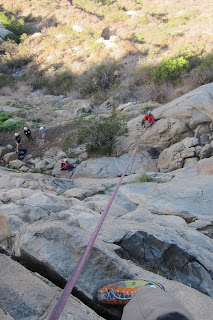 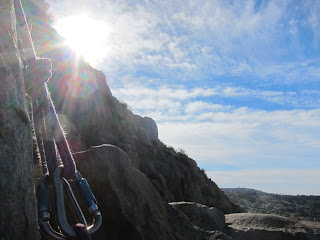 Climbing after Tori, I took my camera up with me and took some cool shots looking across at the steep headwall of Skyline Arete and back down to the bottom. After that earlier descent on the rope, my subconscious now trusted the safety of the rope completely and I was able to climb for the rest of the day without fear. At the top of Beautiful, it was nice to stick my head out of the mountain's shadow and feel the warm sun on my face. 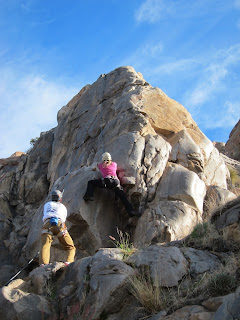 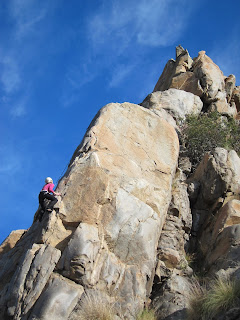 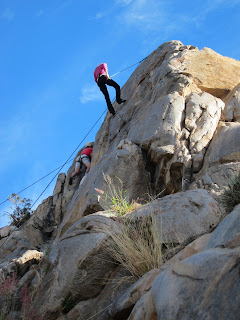 Heading back over to Skyline Arete, Tori tried the more difficult overhang start (5.9ish) with Diego marking the best toeholds with chalk. She made it up her first attempt and worked her way up along the right edge where the rising sun now illuminated the difficult Orange Walk (5.10) route around the outside corner. Reaching a tough spot she slipped and swung on the end of the line before climbing the rest of the way up the center. I tried the overhang next. The handholds were very shallow and I had to make three quick climbing moves to make it out the first time. Climbing along the sunny ridge, I reached the same spot where Tori slipped and met the same fate. I am glad I pushed it enough to fall at least once. 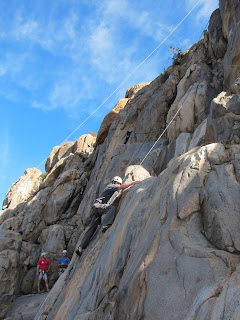 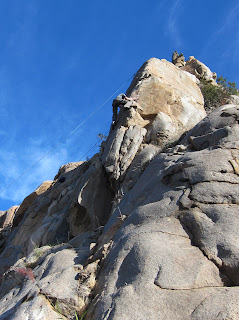 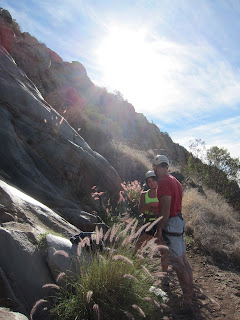 The sun finally reached the trail as we climbed once more over on Joshua's top rope, experimenting with different routes up the rock face before the climbing session ended. Hiking back down the trail, we passed The Thumb, a distinctive pillar of rock on the north edge of the Main Wall. I bet that would be fun to climb sometime. 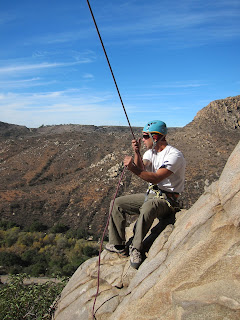 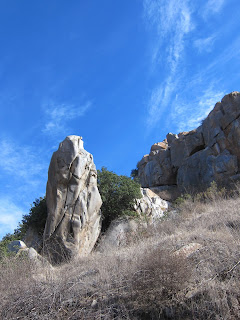 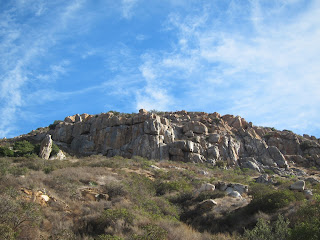 It was my first time at Mission Trails. It is nice to know that there is good climbing area so close to home. My forearms and calves are a little sore today but otherwise I feel great.
Posted by Noah Unsworth at 10:30 PM