Tori found a funny idea for a cake on Fail Blog and she attempted to recreate it for Kenny's Birthday on Saturday. I think her version was a success, don't you think? It was a Sherry Cake with chocolate frosting. 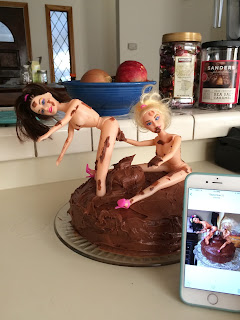 Since Kenny was competing in his first Roller Derby match on his birthday, Tori and I took the cake with us to give him after the match at Skateworld San Diego. For the Halloween-themed Monster Smash event, the teams dressed up as Monsters vs Zombies. Kenny skated well, scoring during his turn as the Jammer but he also made several trips to the penalty box. 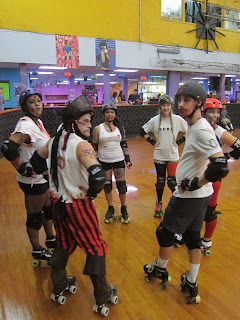 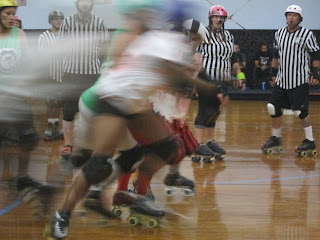 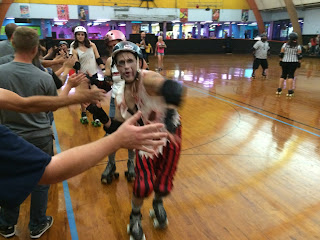 After eating burgers at Boomerangs, Tori presented her naughty cake and Kenny loved it. The small amount of cream sherry in the cake made it nice and moist. 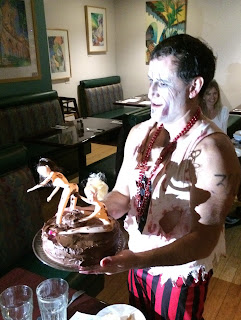 Posted by Noah Unsworth at 7:34 PM