Skiing at Bear Mountain (And Outnumbered by Boarders)

I haven't been skiing this winter so I jumped at the chance to go to Big Bear Lake on Sunday with Kenny and Jill. Because of the long drive, I met up at their house at 5 am, but it meant I had to wake up by 3:45. With time springing forward an hour for Daylight Savings Time, it felt like 2:45. On the drive up to Bear Mountain, we ate the delicious breakfast burritos Kenny made. 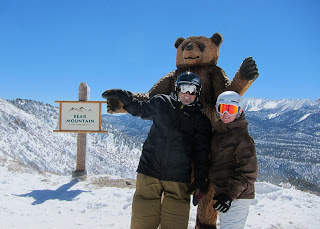 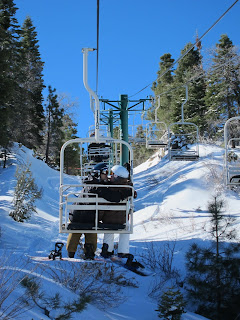 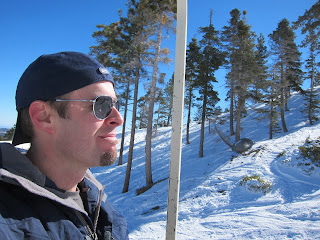 We arrived right as the slopes opened and headed up the lifts. It was pretty chilly during the morning, but it soon warmed up under the blue skies until it grew pretty hot. The mountain received 12 to 14 inches of fresh snow on Friday so there was plenty left for us. For the first time ever, I felt outnumbered as a skier since 90% of Bear Mountain contained snowboarders. While I enjoyed the steep Geronimo and Exhibition runs, we spent most of the day in the Freestyle Terrain Parks on the west side. 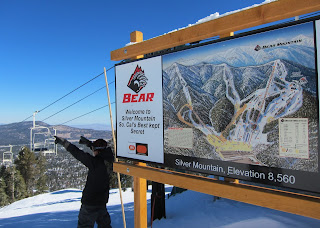 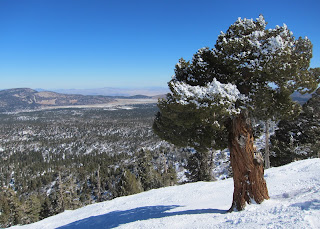 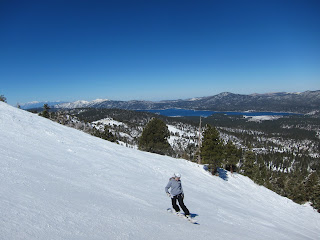 It was also my first time skiing down a Half Pipe and it felt great to improve so much by my 4th run down. I haven't spent so much effort working on countless jumps in a long time so I was more exhausted than usual at the end of the day and my right knee was really aching. Kenny and Jill had constructed extra homemade padding to wear under their snowboard gear but Kenny had a bad dismount off a rounded metal terrain feature and landed flat on his back, the only unpadded area. 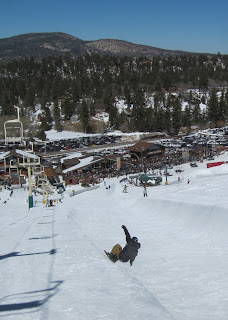 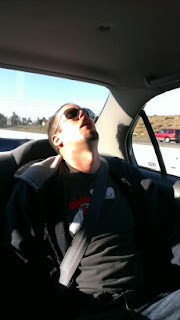 We left an hour early to beat traffic and even with a short nap on the drive, I passed out by 9.
Posted by Noah Unsworth at 8:00 PM