Tori and I took our niece, Nyla, to the San Diego Zoo for her 9th Birthday. While I have been to the Safari Park several times in the last 20 years, I have been not been to the main zoo since the 1990's.  After viewing the Flamingos near the entrance, we walked along the elevated walkway of the Monkey Trail which gave us a better view of the monkeys clambering around in their trees. While the raised path was new to me, I instantly recognized the Gorilla Tropics enclosure that has been around since 1991. The gorilla bachelor group of Ekuba, Maka and Mandazzi were out when we arrived. Two of the three silverbacks were eating their leafy snacks against the glass while the third lounged in a pile of logs. 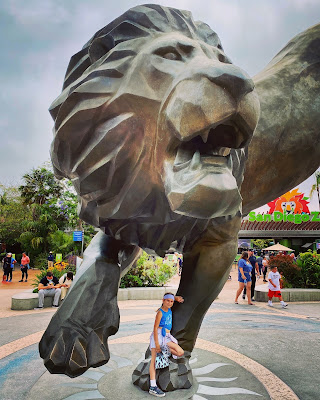 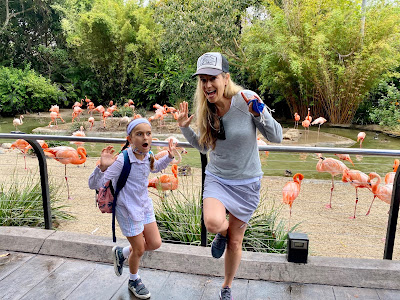 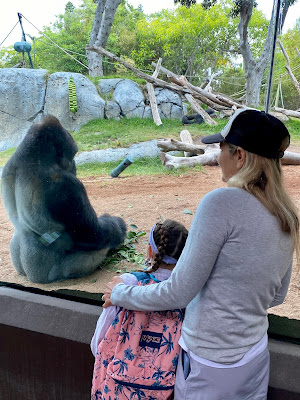 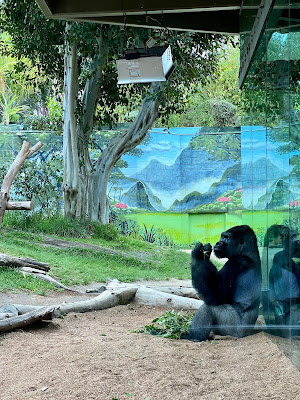 Back near the entrance, the three of us rode the Skyfari Aerial Tram across to the other side of the park. This classic gondola was built in 1969 and traveled 190 feet in the air for great aerial views of the surrounding Balboa Park and Downtown San Diego. After watching Mowgli's 4D Jungle Adventure that misted us with water, blew air against our legs and filled with the small interactive theater with scents of banana and pineapple, we walked down to visit the Polar Bears while snacking on a bag of popcorn. While the Polar Bear Plunge was the same, the rest of the Northern Frontier exhibit with Reindeer and other higher latitude animals was all new to me. Continuing along Park Way, we followed Eagle Trail to the Snow Leopard and Red Panda exhibits. The rest of Panda Canyon is still empty after the Giant Pandas returned to China in 2019. 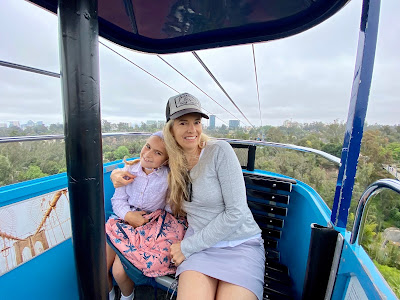 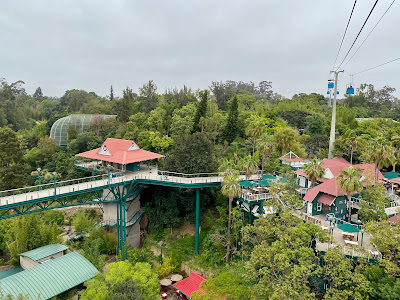 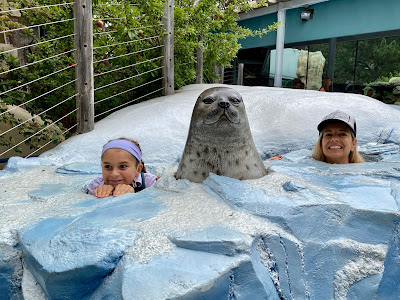 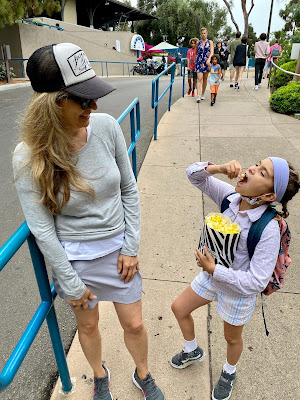 Riding the elevator to the top of the tall tower, we crossed Bashor Bridge and followed the trail past the lions and jaguars to the Elephant Odyssey. This part of the zoo has changed a lot since the days when we were able to ride the elephants. The enclosure is now three times as large and includes a Elephant Care Center. We saw two of the elephants playing with the giant puzzle structure to access hidden sources of food. Walking back toward the center of the park, we entered Africa Rocks, the newest exhibit that opened in 2017. Passing through six habitats of the African continent, we saw meercats, lemurs, and two separate troops of baboons, the Gelada and the Hamadryas. This time we climbed to the top of the tower to find a place to eat. 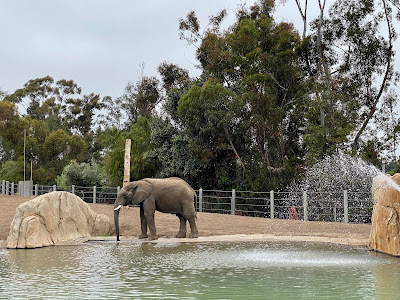 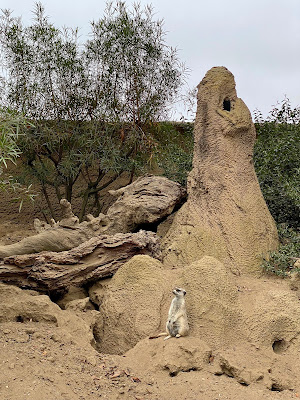 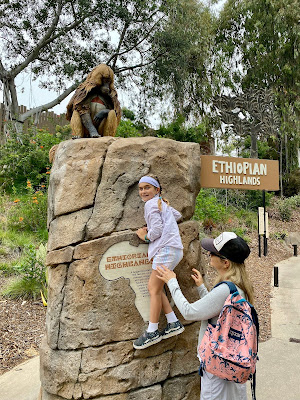 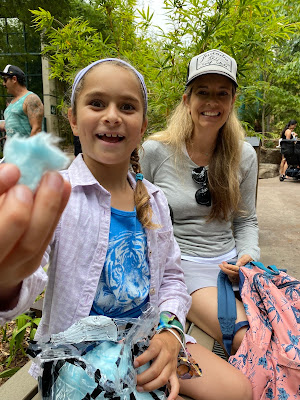 After sandwiches for us and pizza for Nyla at the Lagoon Terrace, we followed the Tiger and Hippo Trails until we finally found the Cotton Candy that Nyla had been craving all day. For the second time, we climbed the tower stairs instead of waiting in line for the elevator on our way to the park exit. Since it was an overcast day, I didn't take many photos but I will bring my telephoto camera next time. Tori and I signed up for a membership, so we definitely want to come back soon and explore more parts of the park.