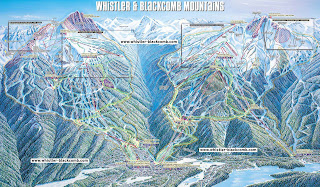 Mary Ann and I just went on a week-long ski trip to the Whistler Blackcomb Resort in Canada. We almost didn't make it into the country because Mary Ann didn't have her regular driver's license (she only had a temporary paper license) but I think the border officer took pity on us, because she finally let us through. 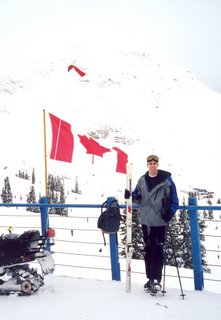 We flew into Vancouver and took the Whistler Express bus up to the resort in the Coastal Mountains. It was a very scenic trip and we knew we were in for a good ski trip when we hit falling snow at low altitude. We arrived and checked in at the Glacier Lodge. It was a nice place and it was right near the ski lift at the base of Blackcomb Mountain. 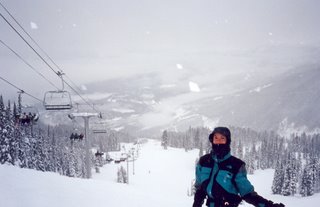 This is my second trip to Whistler Blackcomb. I came here before for one day to ski with Jeremy and Peter as a side trip to our Seattle cabin trip in 1994. We barely had a chance to explore this huge ski area in such a short time, but it had made me extremely excited to come back. Whistler Blackcomb is actually two separate mountains right next to each, connected by ski trails and lifts with Whistler Village right in the middle. The place is huge with over 200 trails and tons of lifts. You have to take three separate chair rides to get to the summit of Blackcomb. 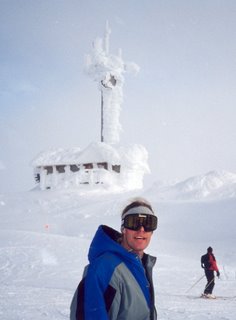 I am more of an experienced skier than Mary Ann so we would ski together on the easier trails until lunchtime and then I would go off and explore some of the more difficult terrain for a few hours while she went back to the lodge to relax. There was a lot of heavy powder on this ski trip which we don't see in Southern California. It was pretty difficult to get used to so I had to stay off of the black diamond trails until I got the hang of it. 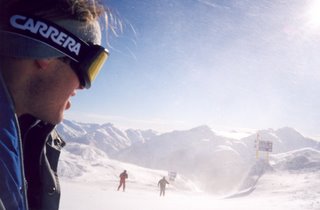 After a week of skiing, I decided that Blackcomb was my favorite of the two mountains. It is the highest at 7,494 feet and I think it is more scenic with tree-lined trails instead of the huge open bowls of Whistler. Blackcomb also has the glacier at the top which is fun to ski on. I got a chance to ski down the backside of Blackcomb which had been closed for most of the trip due to heavy snow fall and high winds. I happened to be at the summit when the back trail was opened for a brief window of time, so I took off my skis and hiked over the ridge with a small group of people. It was a long fun run starting with a large bowl filled with deep fresh powder and then a winding trail all the way to the bottom. 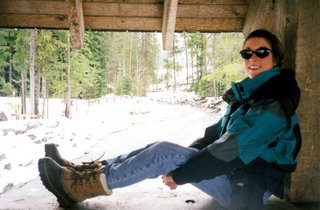 Mary Ann and I would have fun in Whistler Village after we finished skiing. It was full of restaurants, bars and clubs, even a movie theater. Mongolian Grill was our favorite place to eat. It was a cool place where you pick all the ingredients you want and put them in a large bowl and the cooks would fry it up in front of you. It was delicious.
Posted by Noah Unsworth at 8:27 PM