After a quick stop at Trapeze High on Sunday morning to practice my catch locks, Tori and I drove out to Palm Springs to spend a couple nights at my Dad's timeshare. For lunch, we stopped at Hadley Fruit Orchards since I was craving a date shake. I haven't had one since their Carlsbad store closed years ago. While I love horseradish, their Spicy Roast Beach Sandwich had way too much. I needed to scrape off the rest of the spread in order to finish the second half. 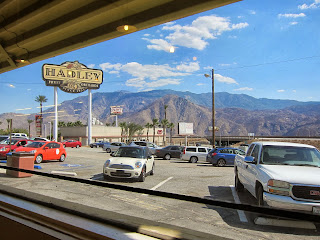 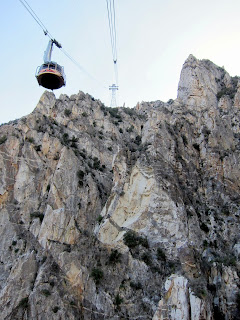 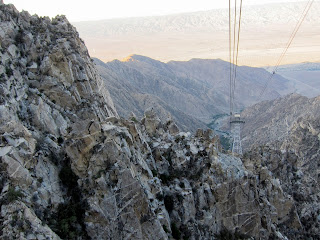 Driving past the countless windmills at the entrance to Coachella Valley, we arrived at the Palm Canyon Resort, located at the end of South Palm Canyon Drive. After checking in and unpacking, we headed over to the Palm Springs Aerial Tramway for the ride up into the San Jacinto Mountains. While it was 106 degrees in the valley, we took sweatshirts with us for the cooler sixty degree temps at the top. 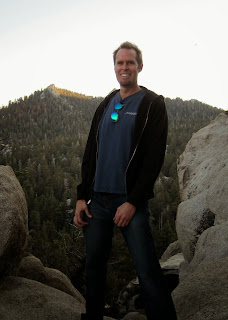 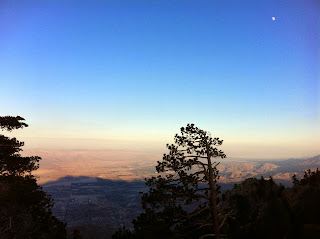 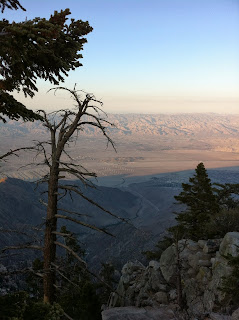 We boarded the rotating tramcar at the Valley Station (2,643 ft.) where it completed two revolutions while ascending through the Chino Canyon to the Mountain Station at 8,516 feet. (Only the floor rotates.) This is the sheerest mountain face in North America. Everytime we crossed over a tower, the tram would swing back and forth several feet. Fun! At the top, we climbed the stairs to Grubbs View Point. To the west, the setting sun still illuminated the tip of San Jacinto Peak (the second highest in the lower 48 states) as the mountain range cast a giant shadow over the Palm Springs. To the south, we could spot the Salton Sea below the rising moon. 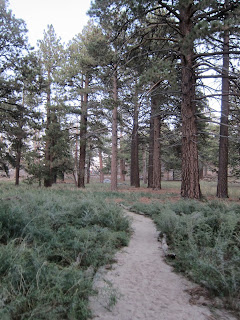 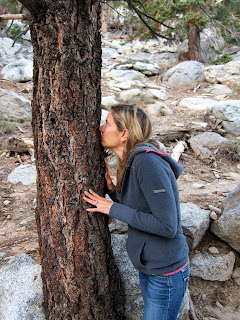 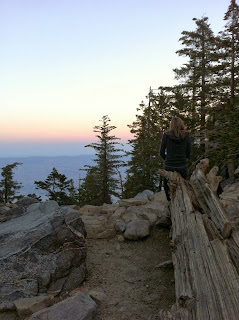 Down the winding path into the Mount San Jacinto State Park, we hiked through the tall trees and sandy meadows of the Desert View Trail as Tori pointed out the wonderful butterscotch scent of the Jeffrey Pines. The last time I came up here as a child, I played in the snow for the very first time. As the pink twilight faded away, we reached the first three notches along the trail revealing the distant valley below. It was getting dark as we made our way back to the station to take the tram down, but the bright moon was almost full. 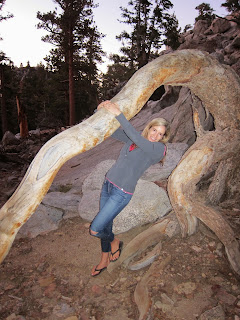 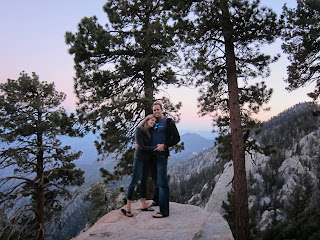 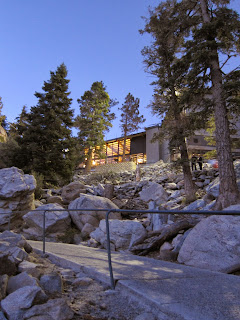 Sleeping in, we worked on designing our wedding invitations on Tori's laptop before heading out to the pool. Since it was Monday, the pool was not crowded with plenty of chairs and umbrellas available. Baking in the sun, we had a great view of the mountains rising behind the palm trees as we drank the pineapple margaritas that Tori made. The food at the pool bar, Splash's, was quite good. We had the Buffalo Chicken Wraps and their fries were nice and crisp. The water temperature was perfect every time we cooled off in the pool and I took a turn on the water-slide. I was a little too tall for the sharp turns. Bump! Bump! Bump! 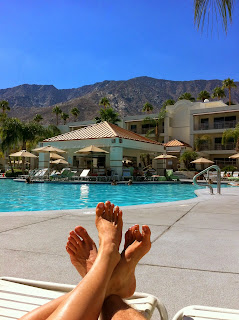 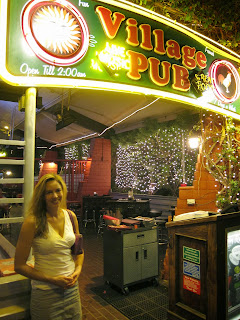 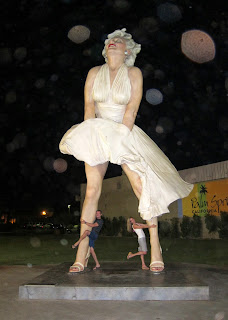 For dinner, we drove into Downtown Palm Springs. Since we were starving, we made a quick decision to eat at the Village Pub. It was just okay, Tori's chicken fajitas were under-spiced and my burger was almost too tall to eat. We made up for it by getting ice cream at Ben and Jerry's as we walked around afterwards. We had fun posing with the towering Forever Marilyn Monroe Statue and the one of Sonny Bono sitting beside a fountain. It was nice and balmy at this later hour. 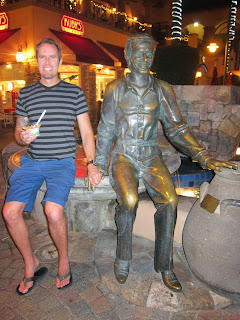 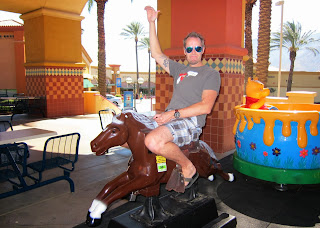 Driving home Tuesday morning, we stopped at the Desert Hills Premium Outlets. We checked out a few shops and rode the horsey. Ha!
Posted by Noah Unsworth at 9:30 PM