For Balboa Parks's 100th anniversary, the California Tower at the Museum of Man opened to visitors in January for the first time in 80 years. Closed to the public after the 1935 California Pacific International Exposition, the 198 foot tower is most famous for representing the Xanadu Mansion in the Oscar-winning film, Citizen Kane. Since I was eager to check it out, Tori and I booked a tour online a few weeks ago for this Sunday. I had hoped for a sunny day, but we had dark clouds and a prediction for rain as we drove down at 11am. 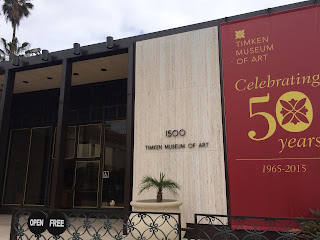 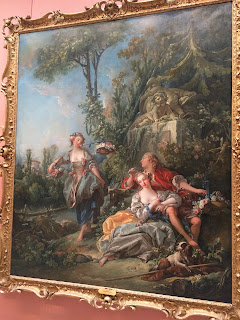 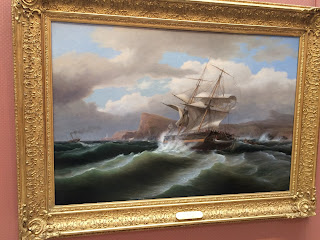 Since our tour was not until 3pm, we decided to walk around the park and visit The Timken Museum of Art since I have never been inside. Opened in 1965, the small museum was celebrating it's 50th anniversary this year. In one of it's six tiny galleries, they were exhibiting Raphael's, The Madonna of the Pinks, on loan from the National Gallery in London. Back in 2011, I saw the famous Renaissance painter's tomb inside the Roman Pantheon. Out of the museum's collection, two of my favorite paintings were Lovers in a Park by François Boucher and An American Ship in Distress by Thomas Birch. The Timken also has a gallery devoted to Russian Icons dating back to the 15th century. 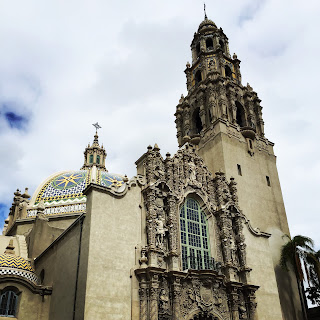 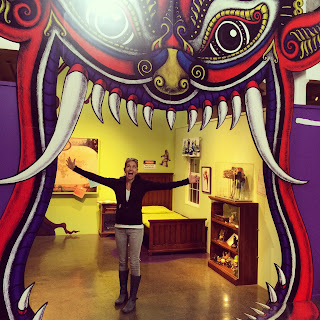 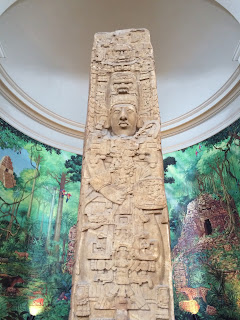 Since our tower ticket included entrance to the Museum of Man, we decided to check out the exhibits before our tour began. After visiting the new BEERology and Monsters! exhibits downstairs, we marveled at the three Mayan Stelae cast on-site from the originals in Guatemala for the 1915 Panama-California Exposition. Moving upstairs, we tracked the history of human evolution in their informative Anthropology Exhibit and viewed the mummies in their Ancient Egypt section. My only disappointment was the Indian woman making quesadillas with hand-made tortillas was missing. That was my favorite part of the museum when I was younger. 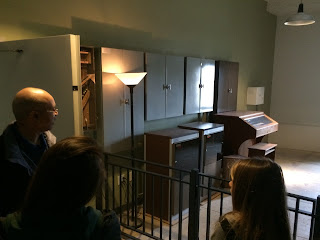 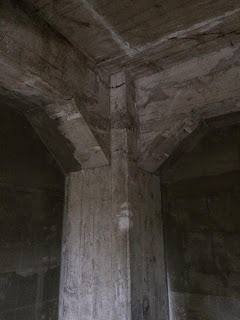 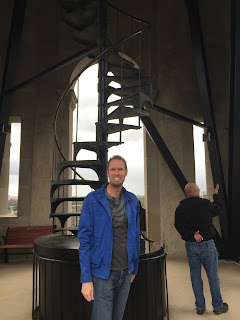 Fifteen minutes early, we went back downstairs to sign in for our California Tower Tour. We had a full group with 2 guides and 12 visitors. Our first stop as we climbed the tower was the Maas-Rowe Carrillion on the 3rd level. It plays the chimes heard from the top every quarter hour. At noon, a carilloneur plays three songs every day. As we continued up the steep staircases and looked out the narrow windows, our guide explained the history of the tower and it's construction, pointing out the white lines on the ceiling where the builders refurbished the walls with stronger concrete to replace the thicker brick interior. On the seventh floor, we found the original spiral staircase that goes all the way to the top of the tower. Since the 9th and 10th floors are still off-limits, we only climbed it to the viewing deck on the 8th level. Protruding balconies on each side revealed the surrounding park and the nearby dome of the California Building. 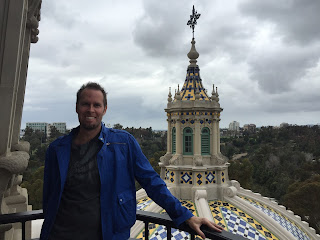 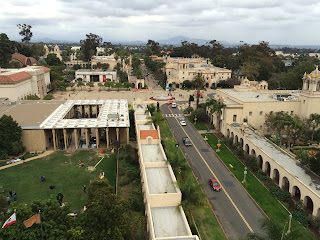 Despite the forbidding sky, we had great views of Downtown San Diego to the South and the tree-filled San Diego Zoo to the North before we descended the tower. While rain had been threatening all day, the clouds did not open up until we were halfway across the Cabrillo Bridge. Taking shelter under the eve of a building on the far side, we waited for the shower to stop before walking over to Barrio Star for an early dinner. Tori and I agreed that the tacos had the best corn tortillas we have ever eaten. The Carnitas Taco was my favorite. Very tender and flavorful! 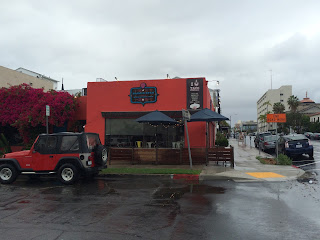 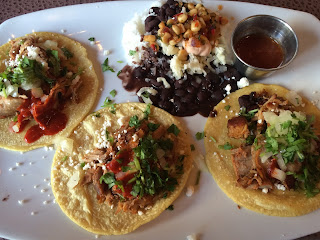