My company had a Pool Party BBQ this Saturday. I had been to the house in the past so I was surprised to see the new backyard water slide built into the hill above the pool. It was short but super fun. Your speed picks up until you lose control on the last curve before splash down. 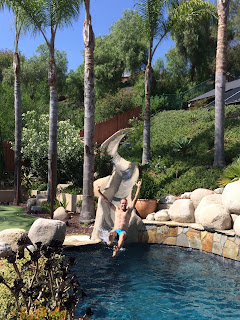 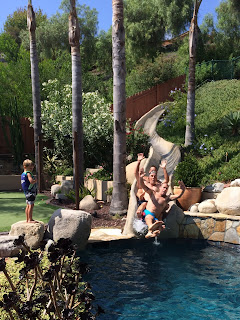 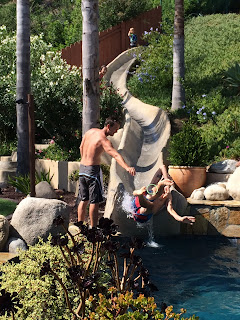 I tried it face-first but the quickest descent was definitely lying flat on my back. At high speed, the last curve flipped me over in the air as I shot off the end. One time, Dave, Doug and I had fun sliding down together. We all took turns trying to hook a ring with our foot, but it was really hard. I also liked the new jumping rock above the waterfall. My boss, Louise, dove off it several times but I only jumped feet first since I was worried about the depth. 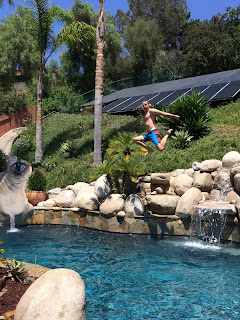 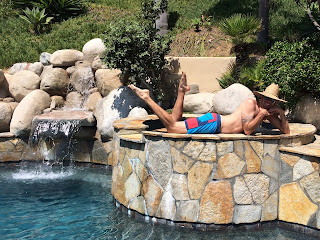 It was a beautiful sunny day and the food was delicious, especially the pulled pork sandwiches prepared by Dave. Below are the short videos of my Face-First Slide and Doug's example of bad parenting. Ha!