Escaping the Attic (And Trapeze Fun)

Tommy's friend, Anthony, was visiting from out of town so he booked an Escapism Puzzle Room in Hillcrest for the six of us. After a few pre-game drinks at Fiesta Cantina, we allowed ourselves to be locked into the dark Attic. With only four hints allowed, we ended up using one for each of the four locked rooms we had to navigate through to escape with only five minutes to spare. It was tough solving all the hidden clues with only two decent flashlights. Our Gamemaster told us afterward that the Attic was their toughest puzzle room with only a 10% success rate. Afterwards, we went for dinner and drinks nearby at the Salt and Cleaver. 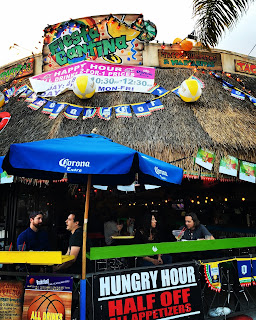 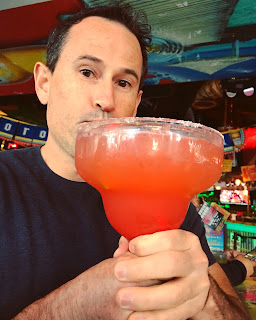 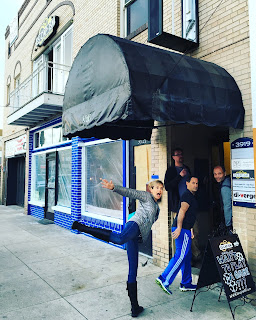 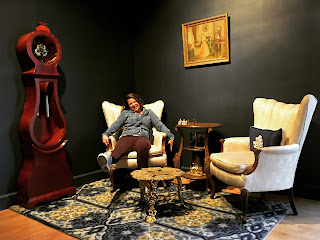 On Saturday, we went to Trapeze High for the first time since New Years Day. After the noon class, Tori and I took a few swings and worked on our Catch Locks. It felt great to shake off the rust after an eight month layoff due to my hip flexor injury. With Kenny sitting on the Fly Bar and Tommy up in the Catch Trap, I had fun tossing the hula hoops up for them to catch and toss back and forth with the feet. While we were playing around, Tori worked with Isaac and Lianna on the Static Trapeze rig. Afterwards, they tried an AcroYoga variation of the Three Headed Dragon. 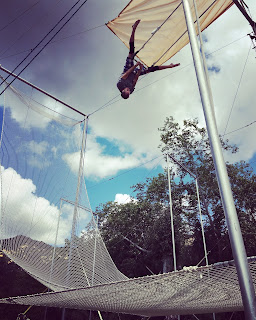 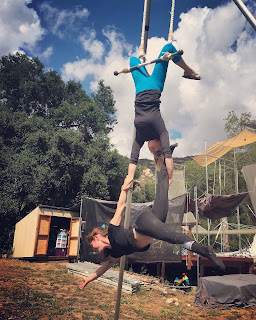 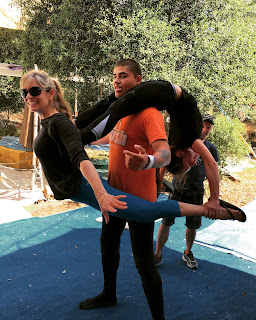 After trapeze, we drove down to San Diego for the AcroJam at Aerial Revolution. I attempted several new tricks and it felt great to be able to do AcroYoga for the third week in a row without re-aggravating my hip. Maybe someday I will be able to base standing up like some of the other talented acrobats practicing at the Jam. 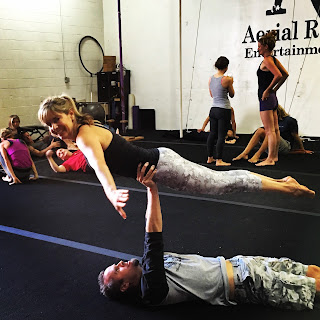 Posted by Noah Unsworth at 5:00 PM