On Saturday, I went to Los Angeles with Chad and Laurel to see his cousin, Jourdan Bordes, DJing at a club in Hollywood. We would be staying in Venice at a friend of Laurel's, so we drove up early at 1pm to hang out. 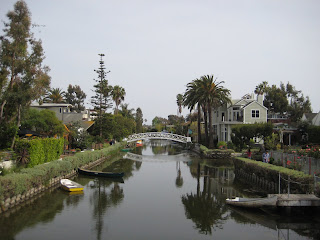 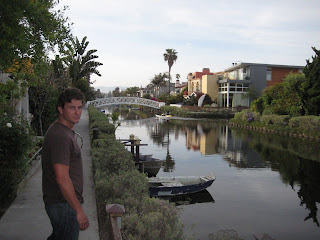 Darcy and Danny live on Ocean Avenue right next to the canals. I have seen them many times on television and in movies, but I have never visited them. I thought they were pretty cool, crossed by numerous white bridges and interesting houses lined the shallow waterways. I guess there used to more canals back in the day, but the city filled them in because they were not being properly maintained. 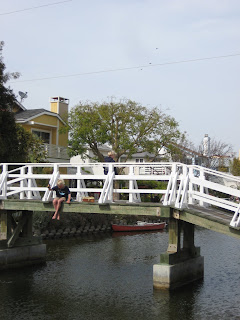 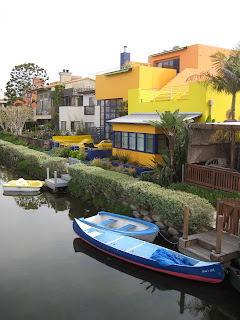 Exiting the canals, we walked along the Venice Boardwalk. It was pretty crowded, even though the sky was a bit overcast. A great place to get medical marijuana if you need it, I discovered. We checked out the pick-up basketball games, the dancing roller skaters and the skateboard park next to the beach before walking back for dinner. Darcy cooked an excellent Chicken Pesto. 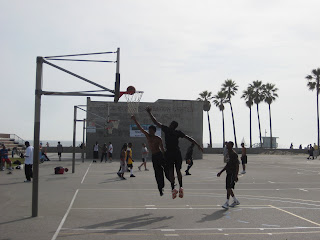 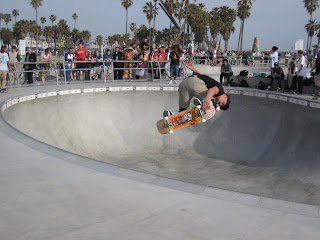 I was seriously tired when we left at 11:30 to go to Hollywood, but I rallied quickly with a Red Bull. We arrived at Circus Disco on Santa Monica Boulevard after midnight so the list Jourdan put us on was already closed. Too bad, we had to pay the cover. Circus Disco is a gay club most of the week, easy to tell by the giant naked Michelangelo statue directly inside. I liked the layout of the huge club, two stories with four large rooms containing different music. Jourdan would start spinning discs at 2am in the LMD (Love, Music, Dancing) room, but the headlining DJ, Ronski Speed, was missing. He couldn't make it because he was stuck in Europe due to the erupting Iceland volcano suspending all flights. 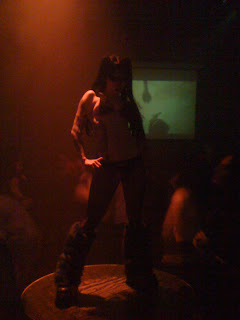 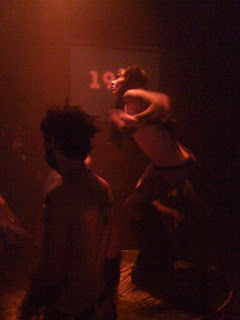 It turns out that two areas of the club were transformed into the Bat Cave, a monthly Gothic bondage fetish party. The place was filled with elaborate costumes of the black and white variety. When we entered the first room crowded with dancers, our first sight was a bent-over woman in a g-string getting lightly spanked with a large collection of short whips and crops. Later in the night, we found her repeatedly kicking a man in the crotch who was wearing only a tiny Speedo. On the other side of the room, two topless women were taking turns getting tied up with ropes. 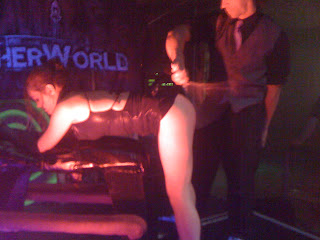 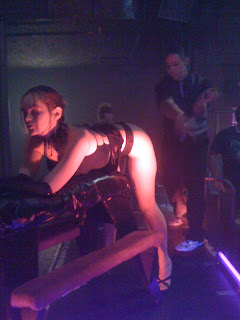 In a back room, a loud Goth band was playing with two bikinied dancers on either side. I don't know if it was the sound system, but I couldn't hear the lead singer shouting the lyrics over the guitars and keyboards. It was the same problem with a second band later on. We really stood out on the Goth side of the club because 95% of the people were in costume. 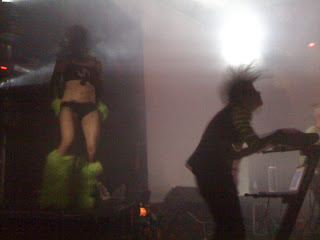 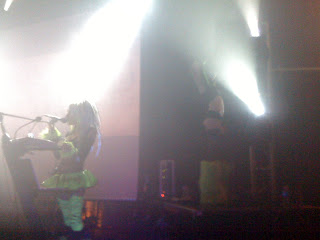 That was all very entertaining, but we spent most of our time dancing in the LMD room with the electronic DJs. I liked that they performed on a stage in front and frequently mixed up the beat. Instead of the Dun-Dun-Dun-Dun, Da-Da-Da-Da, Dun-Dun-Dun-Dun you hear all night long at some places where my head feels like its gonna explode. Jourdan was really good when he came on, dancing and interacting with the crowd as he mixed the music. 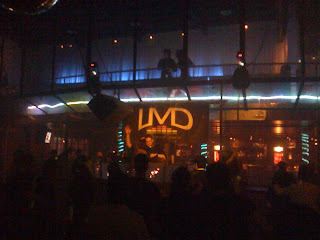 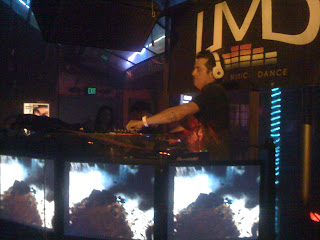 This was one of the best times I have ever had at a club. I never had a chance to get bored. I really liked the courtyard where we could escape for brief respites from the heat and pounding music. And if you are hungry at 3 in the morning, you could get Mexican food at the taco truck without having to leave the club. We ended up leaving at 3:30am and got to sleep after 4. Before we drove home on Sunday, Darcy cooked a good breakfast when we woke up late. (Eggs with zucchini and goat cheese plus raisin toast) Darcy and Danny were excellent hosts, very cool people.

Posted by Noah Unsworth at 9:11 PM