I went boating with Tori and her friends Saturday on the San Diego Harbor. Tori and Kenny both know how to operate a sailboat, but they are both out of practice so we rented a speedboat instead from a marina near Sea Port Village. A crowded boat is not the best place to eat, but we brought wine, cheese and crackers for a nice snack.

The first picture has Jennine and Corinna in the front as Kenny pilots the speedboat towards the Coronado Bridge with Jill. 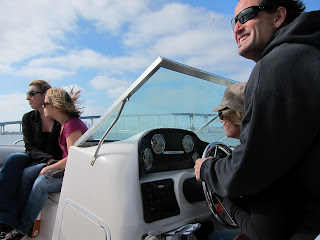 Hat Overboard! We lost one, but I caught Corinna's in the crook of my elbow as it flew past. 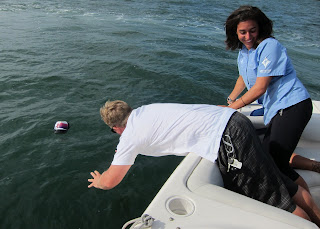 A view of the Downtown San Diego skyline under the Coronado Bridge. 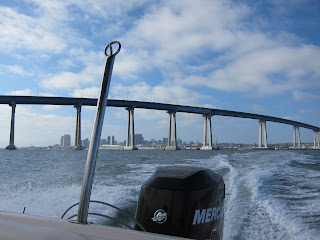 Underneath the curve of the Coronado Bridge. 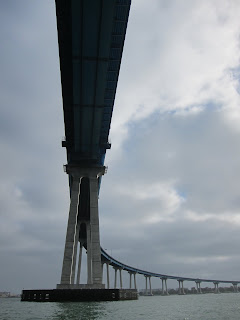 Tori cuddling up to me. It was a bit windy and chilly, but we had lots of fun! 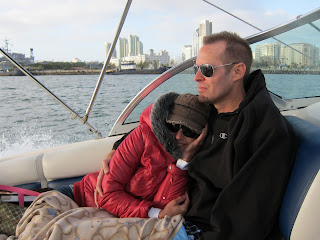 A view of several ships from the San Diego Maritime Museum. The Soviet B-39 Submarine, the HMS Surprise from the film "Master and Commander" and the Star of India in front of the Santa Fe Train Depot. 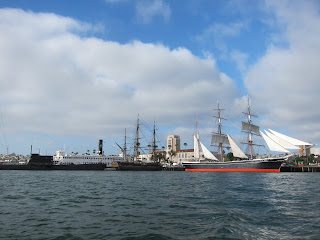 My turn racing the speedboat past the Midway and other active Navy Aircraft Carriers stationed in the harbor. 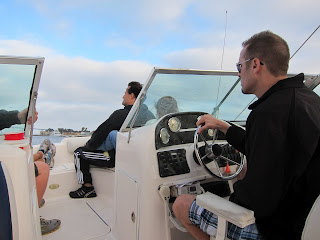 Tori, Corinna and Jennine huddled under a blanket. 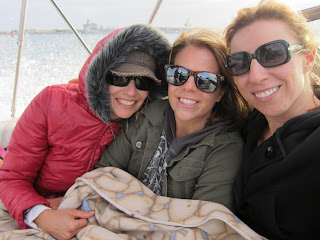 Rays of light from the setting sun piercing the clouds in front of a pirate ship. 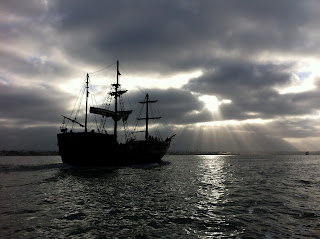 After our afternoon on the harbor, Corinna and Jennine cooked dinner for Tori and I at their place.  I was so tired, I fell asleep sitting on the couch.
Posted by Noah Unsworth at 10:12 PM