A group of us from work went camping in Idyllwild this weekend. Friday night, Tori and I drove up to the Marion Mountain Campgrounds (6,400 feet) in the San Bernardino National Forest to meet up with Suzie, Joe, Kurt and Shelli. It was very cold when we arrived at 10pm (I still can't believe I forgot gloves and a beanie) but we warmed up by the fire and ate grilled cheese sandwiches and s'mores. Right before we went to sleep around midnight, I took the photo below of our illuminated tents sitting under the brights stars. 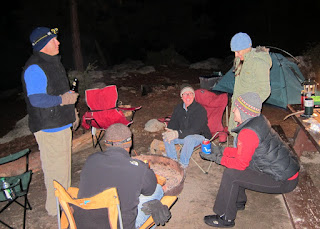 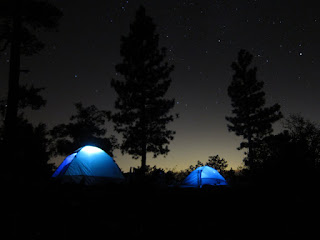 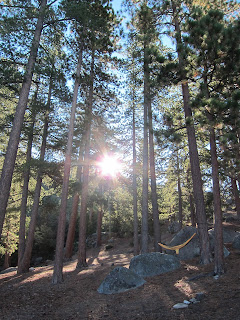 Even with the air pads and extra blankets on top of our sleeping bags, it was barely warm enough to sleep as Tori and I cuddled up for the shared body heat. It was still freezing after we woke up at 7am until the sun rose over the mountain ridge in the morning. After stopping at the Mile High Cafe for breakfast, we met the rest of our group (Dave, Keith, Russ and their families) coming up for the weekend and headed over to the Ernie Maxwell Scenic Trail in Humber Park. The 2.5 mile trail starts right under the imposing Tahquitz Rock that I rock-climbed back in 1999. During the hike, we could spot Suicide Rock across the valley filled with Jeffrey, Ponderosa and Coulter Pines. 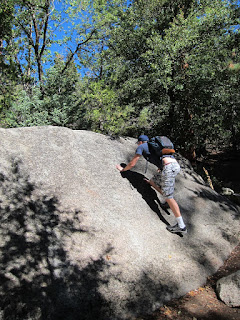 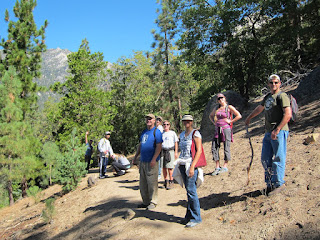 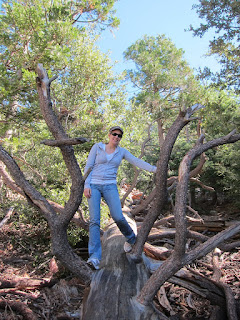 After the newcomers set up their tents back at camp, we all hung out, drinking beers and playing some Ladder Toss. It's a lot like horseshoes except we tossed bolos back and forth between two 3-rung ladders. I also took another short hike up the boulder-strewn hill overlooking our camp for a better view of the surrounding mountains. 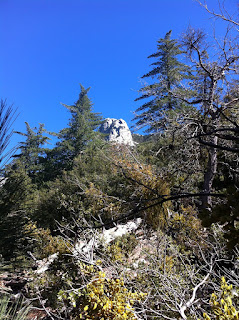 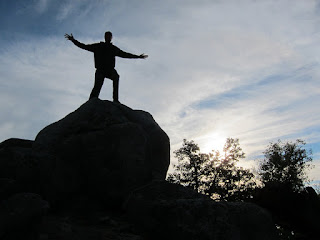 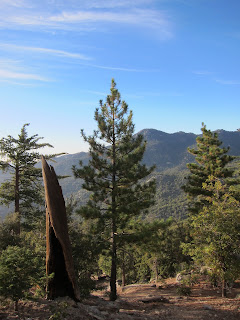 Since Suzie loves camp cooking, she made dinner for all of us. Her main course was chicken burritos while Joe tended the fire that roasted her green chilies stuffed with cornbread. Both were delicious and I ended up having seconds. I was stuffed, but still had room for s'mores afterward. 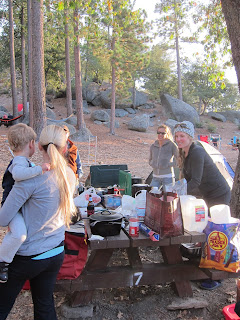 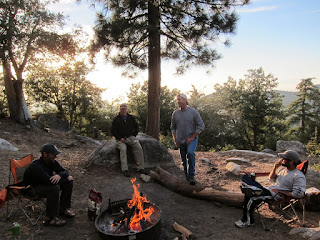 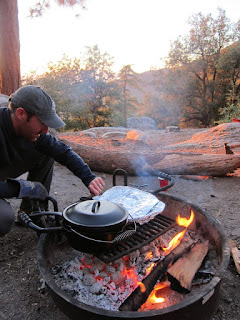 We had a beautiful sunset that seemed to last forever, flooding the camp with rich red and orange light. With a roaring fire and slightly warmer temperatures, it was not as freezing as Friday night. While Tori and I passed out around 10, the rest stayed up around the fire, drinking and talking until after 1am. 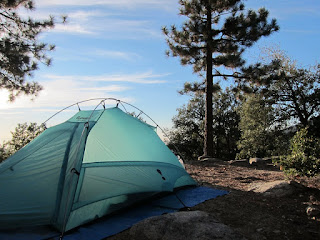 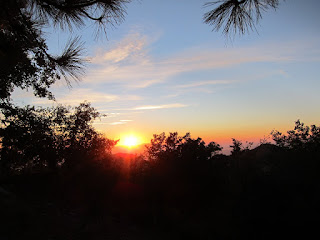 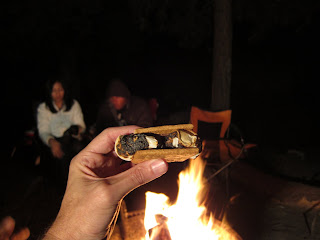 Sunday morning, we woke up to Russ cooking bacon over the fire. Sizzling bacon on a crisp morning, perfect! After breaking down camp around 10am, we took the scenic route home on the 'Pines to Palms Highway'. The long valley around Lake Hemet along East 74 is gorgeous.
Posted by Noah Unsworth at 7:30 PM