I have participated in several crazy Bachelor Party over the years, but I didn't want that for myself. I'm too old for that $#@* now. Ha! Grilling our own steaks at the Turf Club and downing a few drinks was my idea of a fun low-key Bachelor Party. 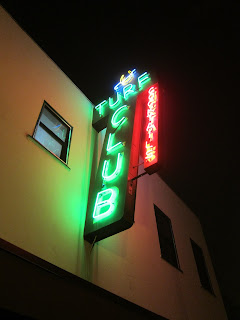 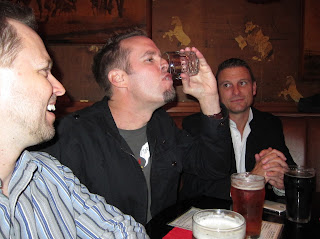 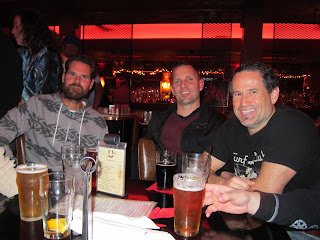 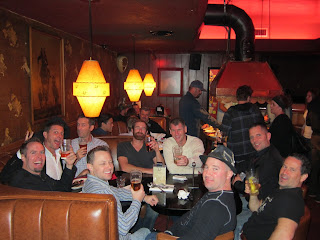 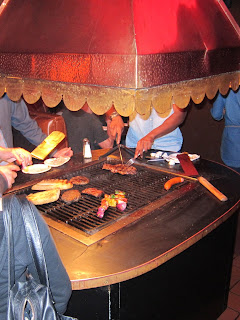 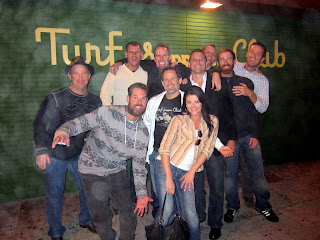 I promised myself I wouldn't drink that much since Tori and I had to host another party the next day for my family, but that went out the window with the first shot of tequila. A few beers and a couple more shots and I was very buzzed by the time we left for The Shout House to meet up with Tori for her Bachelorette Party. 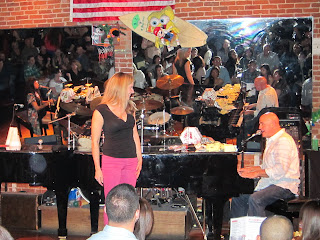 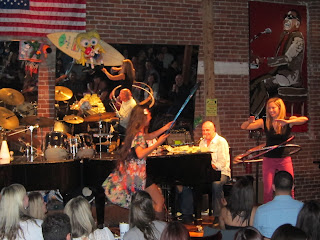 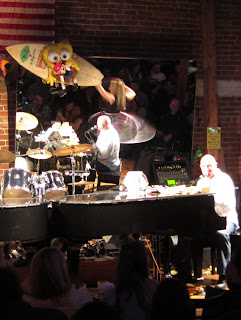 Singing along with the dueling pianos was a blast and Tori and I were both called on-stage. I was serenaded by the female pianist and Tori kept three hula hoops spinning during her song.  It was a great night, but I was fighting a serious hangover during the party the next day.
Posted by Noah Unsworth at 12:21 PM