Our friends, J and Corinna got married on Saturday at the Soledad Club in Pacific Beach. It was a beautiful outdoor ceremony overlooking the entire stretch of Mission Bay and the ocean beyond. Seeing the tears of joy in J and Corinna's faces during this moment made me so grateful that there are no longer any legal barriers to gay marriage in America. Before and after the ceremony, their aerialist friends performed silk and static trapeze routines on a portable freestanding rig set up at the venue. 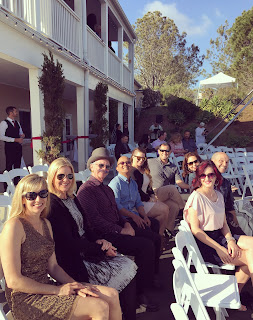 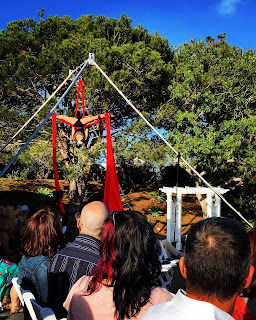 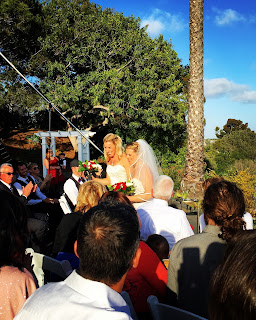 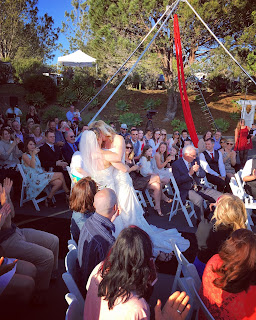 While the Brides were having their formal pictures taken, we had fun hanging out with all our friends as we visited the open bar and watched the aerial performances. After a couple drinks, the Nacho Hat ended up on Kenny's head and Tommy joined him in a Two-High for the Photo Booth. The camera's narrow framing only captured Kenny's head and Tommy's feet so it didn't really work out. Ha! 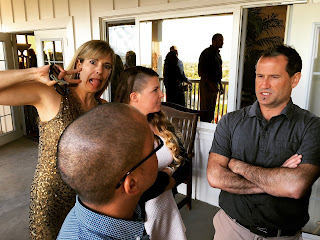 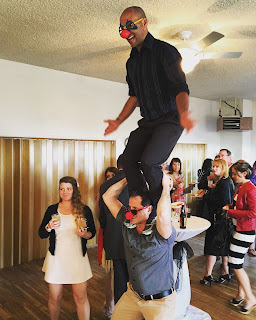 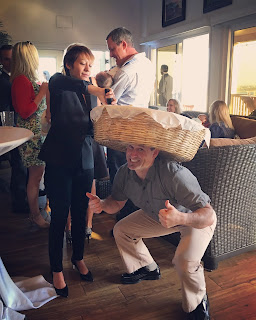 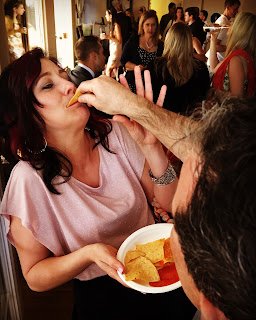 After Corinna and J climbed up onto the aerial rig in their wedding dresses for a photos, they changed into more appropriate outfits for their First Dance routine on the Static Trapeze. I have watched them perform together several times and I thought this emotional performance was their best. 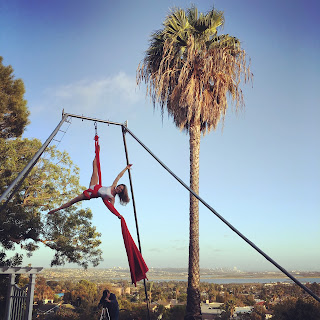 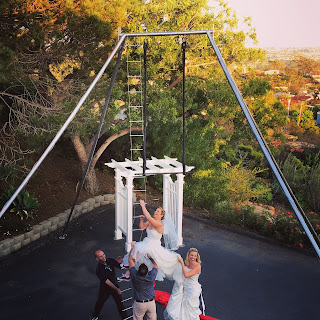 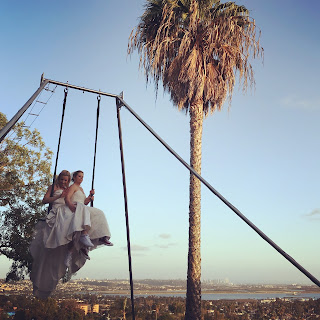 After their performance, dinner was served not a moment too soon. From the moment we arrived at the Soledad Club, we could smell the delicious scents wafting towards us as the caterers grilled up the meats. I was so starving, I ended up eating six of the delicious street-style tacos. We had a great time dancing and started a Conga Line that grew to at least a hundred people long. As the dancing line was passing the Photo Booth, Tori and I were in perfect position to photo bomb the J's group shot. It was a fun day! 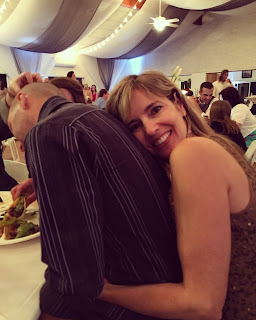 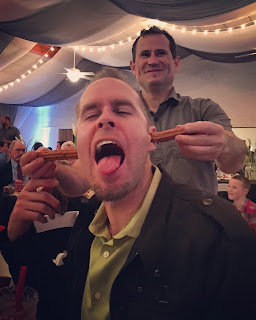 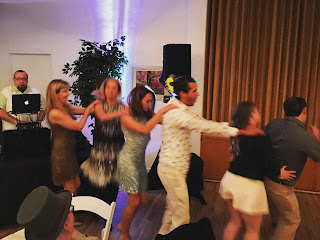 On Sunday, Tori and I met Federica at Swami's for AcroYoga. It was a beautiful day and we finally got a picture of our Shoulder Stand B. I still can't believe that I can base it. Federica also learned how to get up in Star for the first time with good coaching from Amanda. 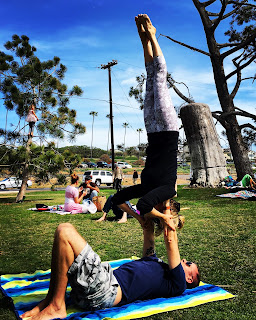 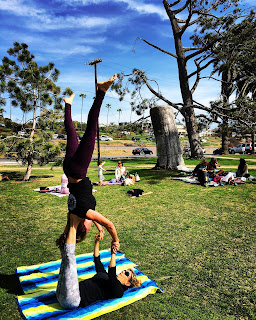 Posted by Noah Unsworth at 8:30 PM