On weekends, one of our local favorites for breakfast is the Pannikin inside the old Encinitas Train Station. Built in 1888, the historic building was moved down the road to its current spot in the 1970s after the station was retired. Tori and I enjoy walking along the North Coast Highway 101 to the coffee house for their pastries and delicious quiches. There is almost always a long line out front, but we always seem to easily find a table. 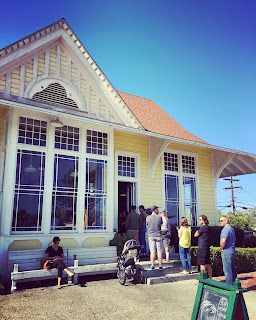 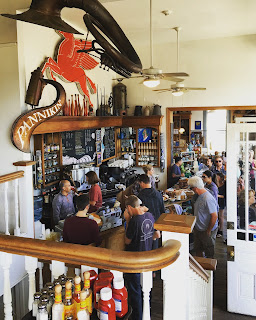 In the afternoon, Kenny and Jill invited us to go to a Roller Derby bout in Downtown San Diego. Since we were starving, we all went for dinner at Peking Chop Suey in North Park first. I really love their Cantonese-style Fried Rice, it closely resembles my favorite childhood dish from the Chinese Dragon in Leucadia. Ever since that restaurant closed down in the 90s, I have struggled to find a restaurant that can match it in taste. Kenny and Jill ordered the Chop Suey and Egg Foo Young while Tori really enjoyed her Lo Mein with chicken. 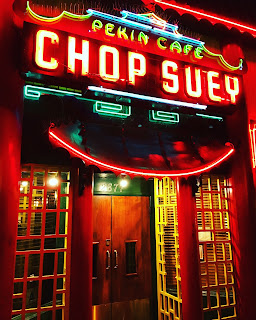 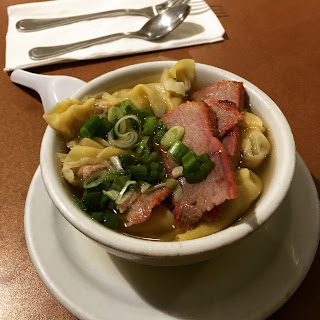 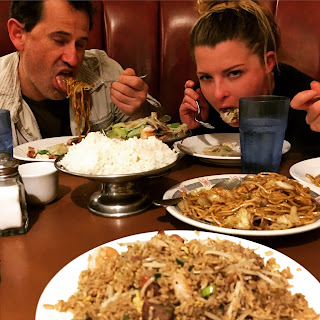 Since our dinner ran long, we ended up missing most of the Roller Derby bout so we decided to walk over to the Gaslamp Quarter instead. (Tommy joined us after arriving from Arizona to audition for a show at the San Diego Zoo.) Inside the Double Deuce we watched many people riding the mechanical bull before I convinced Tori to take a turn. Before we met, she had won a bull riding contest at this same bar and I wanted a chance to see her in action. She did great! She took two turns and they both lasted almost a minute. After cruising around the busy Gaslamp for a bit, we stopped at Ghirardelli's Chocolate to share a brownie sundae before heading home. 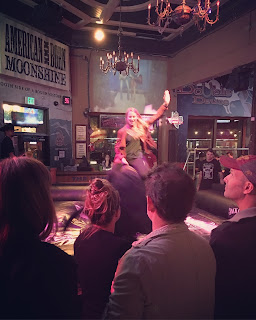 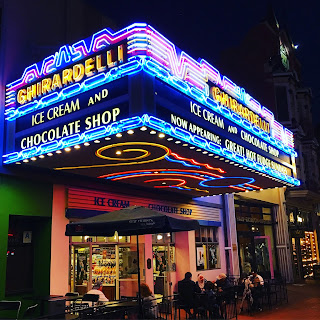