Since Tori and I were down in San Diego for my sports therapy massage, we invited Jill and Kenny to go to the Hash House a Go Go afterwards. I ordered the Andy's Sage Fried Chicken Benedict. OMG! The portions were humongous! I really enjoyed the chicken and the mashed potatoes covered with chipotle cream but it was way too much for me to eat. Kenny and Jill had the same thing but they were smart to share one order between themselves. Afterwards, we all decided to go for a walk through Balboa Park to help digest our meal. Kenny mentioned that the Japanese Friendship Garden had finished its recent expansion last year so we paid the $8 dollar admission to check it out. 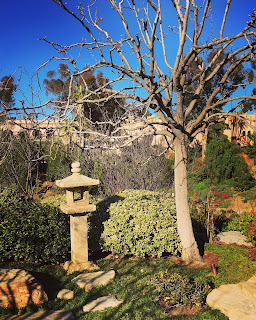 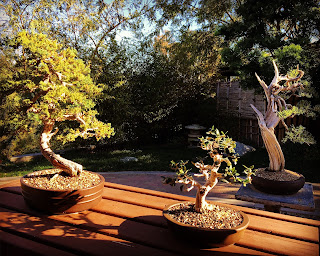 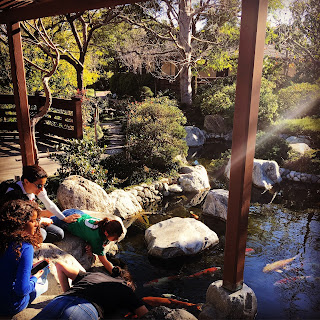 I had never visited the Japanese Friendship Garden which opened in 1991 in cooperation with San Diego's sister city, Yokohama, Japan and later expanded in 1999. The third phase was completed last year for the centennial celebration of the 1915 Panama-California Exposition where the original Japanese Tea Pavilion stood for forty years. After we admired the Koi Pond and Bonsai Tree collection in the Upper Garden, we descended into the newly landscaped canyon of the Lower Garden. This new expansion was my favorite part, the winding trails passing through groves of flowering trees and circling the picturesque creek crossed by bridges and stepping stone paths. 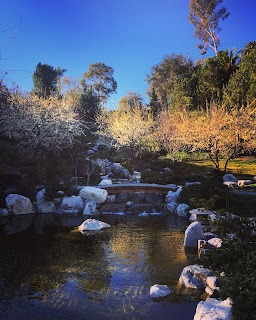 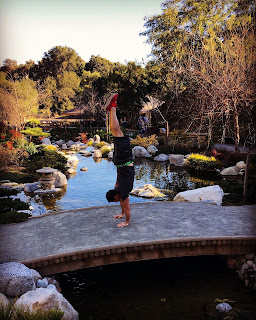 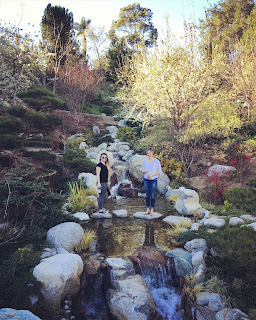 The wooden decks of the new Inamori Pavilion hung over the lower pond filled with giant Koi imported from Japan. According to our map, a new children's area will be completed next year beyond the pavilion. I am glad I finally got a chance to visit the garden, it was a beautiful day. At the bottom is a panoramic shot of the Lower Garden Canyon. 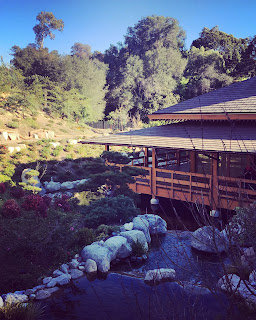 Posted by Noah Unsworth at 9:00 PM