On New Year's Day, Kenny invited Tori and I to go sailing with him and Kirstin in San Diego Bay. He rented a 22' sailboat from Seaforth Boat Rentals in the Embarcadero Marina. Even though wind was predicted at 10 to 15 knots with gusts up to 20, we still needed to use the small outboard motor for awhile after raising the sails. 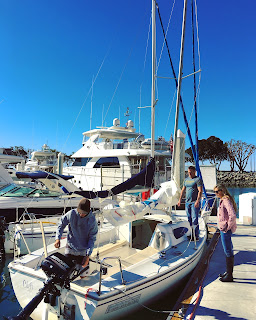 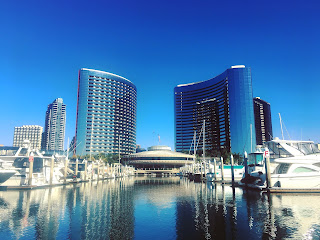 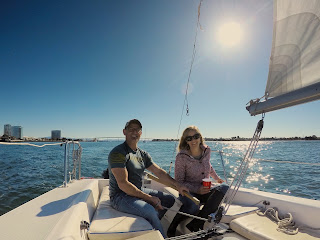 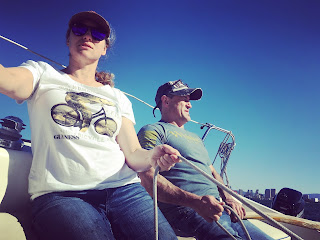 We started to pick up some wind after passing the USS Midway aircraft carrier and the tall buildings of downtown. With stronger winds behind us, it was smooth sailing as we cruised West toward the tip of Point Loma, drinking wine and snacking on cheese and cold cuts. There were a lot of other sailboats out with a couple of one-man hydrofoils speeding past us. 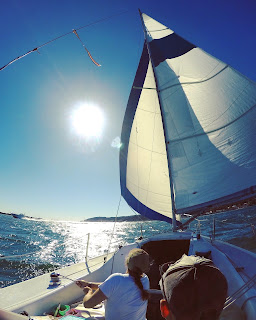 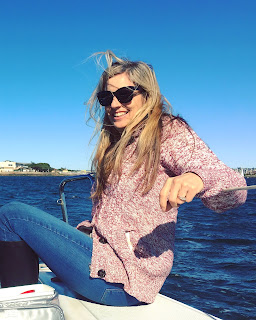 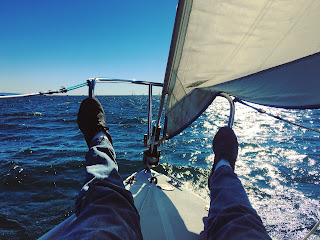 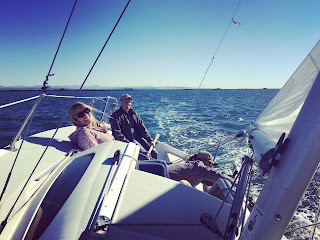 Since our boat was a rental, we turned around at the mouth of the bay and headed back. Tacking back and forth, we made slow progress as the stronger 20 knot gusts began to blow and cause a bit of havoc with the other boats. We saw two separate boats with the passengers sitting on top of the capsized hull. Since tacking was taking forever and we had to get back to the marina by 4pm, we lowered the sails and fired up the engine. 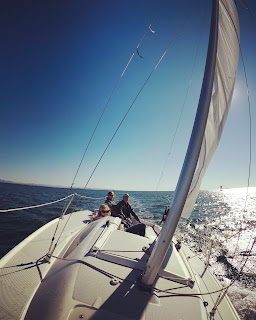 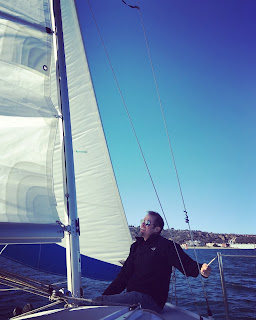 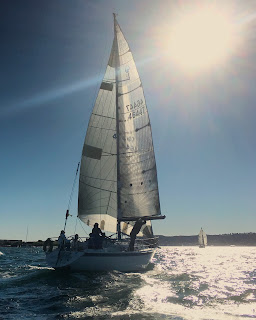 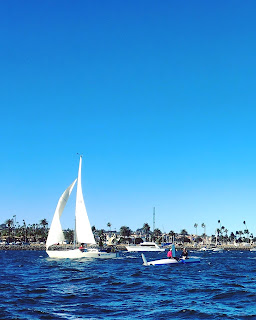 Our motor ran out of gas right as we reached the curve of the bay that heads back South so we were able to raise sail and make it all the way back to the marina with one tack. The sail was hard to raise in the strong breeze and I had to climb onto the mast to help run it up. We had a flock of hungry seagulls trailing us for awhile. We called the rental company at the mouth of the marina and they told us we had a spare gallon of gas under the seat the whole time. With the outboard fired back up, we were able to maneuver the sailboat back to the dock. 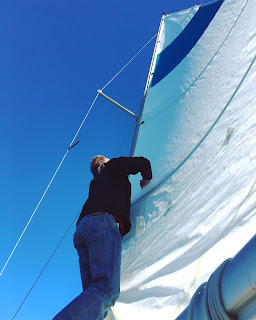 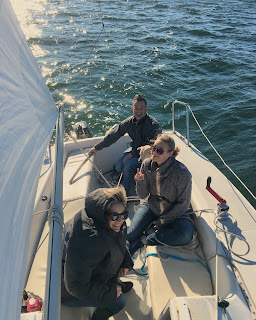 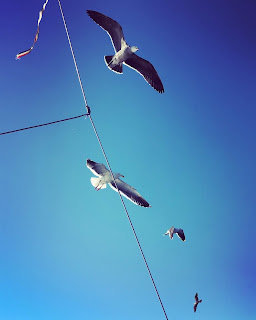 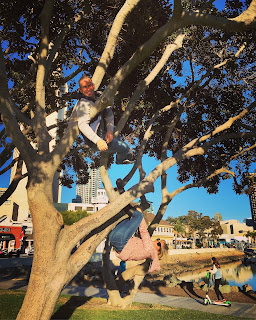 After dropping off the boat, we watched the sunset from the Edgewater Grill terrace as we ate a light meal in Seaport Village. During our meal, Tori realized she had lost her ID and credit cards while hanging from the tree in the park earlier, but she retraced her steps and found it again. Lucky!
Posted by Noah Unsworth at 12:34 PM