On Christmas Eve, Tori and I drove down to La Jolla for a hike along the California Coastal Trail. It was overcast as we arrived at the Torrey Pines Gliderport at 1pm. The gliderport was closed with no para-sails or hang-gliders taking off from the clifftop but we did check out the giant hawk and Peregrine Falcons sitting in the Falconry where they are trained. Next to the small platform of Black's Beach Lookout, I wanted to take the steep trail that followed the narrow ridge down to the beach, but Tori thought it was too scary after we walked down a little ways. So instead, we hiked down the nearby Gliderport Trail to Black's Beach. 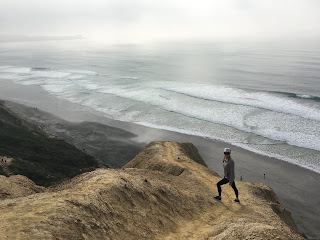 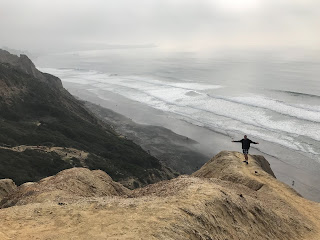 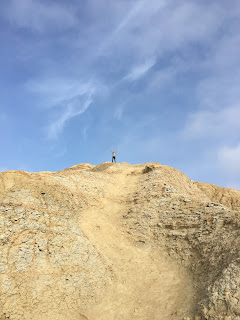 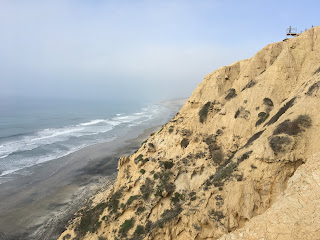 Black's Beach is the only nude beach in San Diego, but we saw only one person without clothes on this slightly chilly winter day. The mist started to burn off and reveal blue skies to the Northeast as we walked along the black sand. Heading South, we came across a small waterfall pouring from the entrance of a large canyon. Up the steep sides, we could see people hiking along the Saigon Trail. 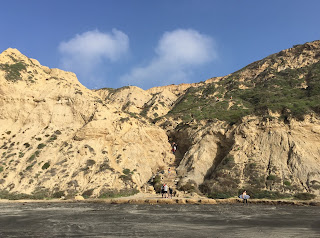 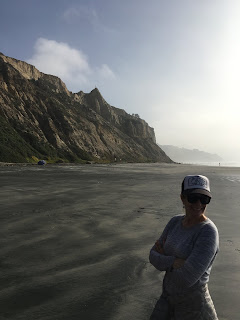 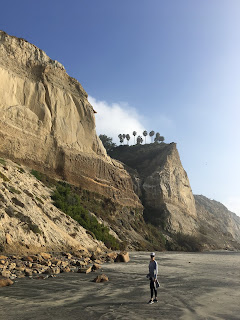 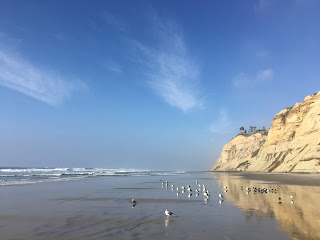 As we reached the Beach Access Road that descends from La Jolla Farms, we decided to continue on instead of turning back. Just before the Dike Rock headland, we came across the Bell Pavilion, a private residence built in 1965 by Architect Dale Naegle, that sits at the bottom of the cliff. Accessed from the main house above by a steep funicular track, I think the circular structure sitting atop the thick concrete column (nicknamed the Mushroom House) would be a fun place to live. Beyond, the tide was low enough for us to scramble across the black basaltic rocks guarding the Dike Rock bluff from the erosive power of the waves. 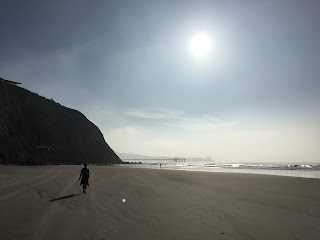 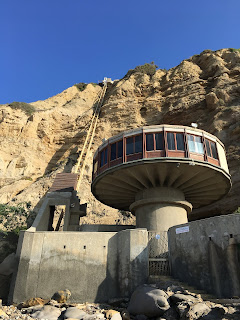 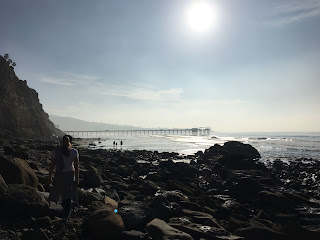 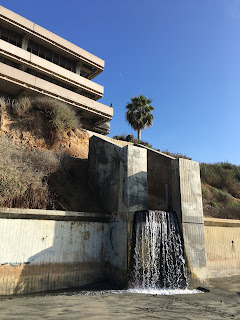 On the other side of Dike Rock, we returned to the wide sand along Scripps Beach. To keep our shoes dry, we had to make our way carefully over the shallow stream flowing beneath Hobbs Hall. Reaching the Scripps Memorial Pier, I took a picture of Tori performing a handstand in the wet sand underneath. This 1,090 foot-long pier is used for collecting data on atmospheric and ocean conditions and launching small boats belonging to the Scripps Institution of Oceanography. The pier also delivers 1.8 million gallons of fresh seawater daily to the Institute's research labs and Birch Aquarium up on the hill. 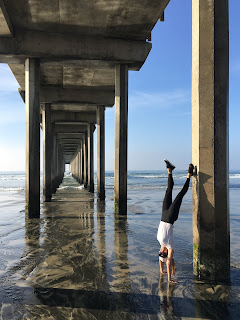 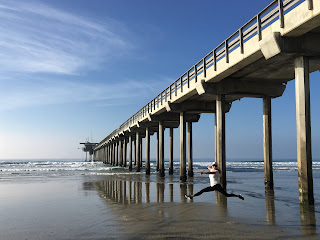 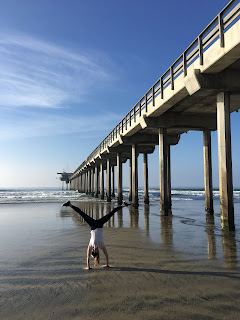 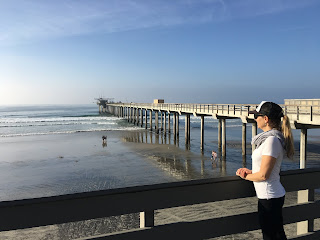 Leaving the beach, we climbed the Scripps Coastal Meander that follows the edge of the bluffs back North through UCSD. Reaching the top of La Jolla Shores Drive we entered the residential area of La Jolla Farms. We made a brief detour onto the Biodiversity Trail that circles the mesa top of the Scripps Coastal Reserve. Since our feet were starting to get sore, we didn't complete the 1.5 mile loop and instead continued on to the asphalt-paved access road and descended once more to Black's Beach and continued North. 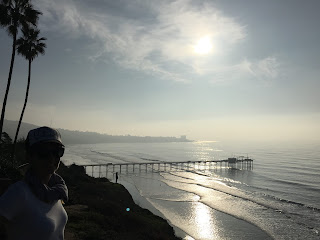 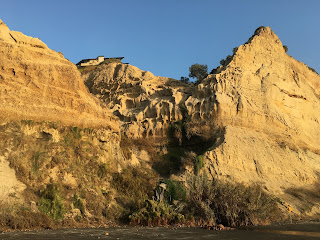 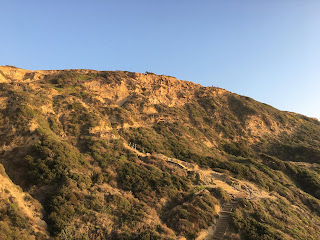 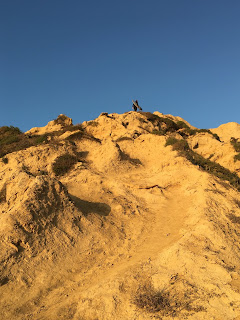 The sun was beginning to set as we once again reached the base of the Gliderport Trail. Since we had skipped the steep trail along the narrow ridge on the way down, I decided that I would attempt it for the climb back up. I was out of breath at the top, but climbing the switchback path in the golden light was the highlight of my day. Tori once again took the more gradual incline of the Gliderport Trail but she took a good picture of me standing on the ridge three-quarters of the way up. 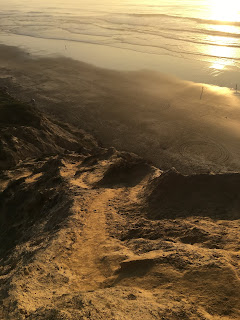 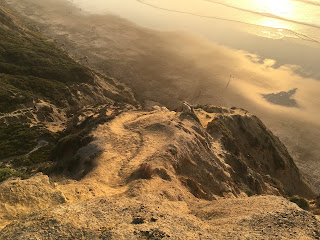 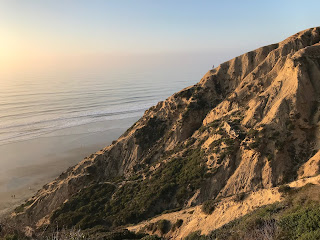 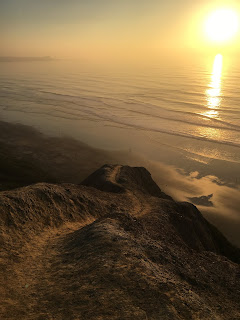 We ended up hiking a lot further than we expected. By the time we left at 4:30pm, our phones showed that we had walked 7 miles and the equivalent of 54 flights of stairs with our two trips up and down the bluffs. When we come back here, I want to hike along the La Jolla Trail which follows the top of the bluff and goes down into the canyon via the Saigon Trail.
Posted by Noah Unsworth at 9:30 PM