Our last day in Paris was great. We went to the Musee d'Orsay. It was my favorite museum in the city. I really like the art from this time period of the late 19th century. We spent the rest of the day hanging out at a cafe in the Latin Quarter, waiting to catch the night train to Florence from the Gare de Bercy. The waiter, Anthony, was really cool and friendly. The opposite of the snooty French waiter stereotype. The sleeper car was fun. It had compartments with seats that folded out into 6 beds. I had one of the top bunks and slept very well. 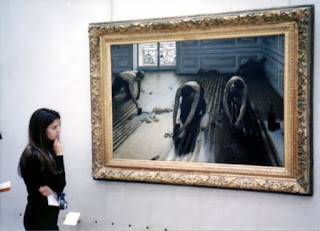 First thing in Florence, we took the 17 bus to the Duomo and visited the Galleria dell'Accademia Museum with the "David" and other amazing sculptures. It was fun walking the streets because the Italy-Mexico World Cup game was going on at the same time. The city erupted in a loud roar when Italy scored a Goal while we ate lunch. Horns were honking and people yelling from windows all around and above us. Pretty Cool! I think Mexico won though because some kids waving Mexican flags were singing out a window awhile later. I took there picture. Heh! I think World Cup fever was low back in France because they did so badly, finishing last in their group. They were pretty embarrassed because they are the defending champs. Last I heard, the USA team had won and tied another game. 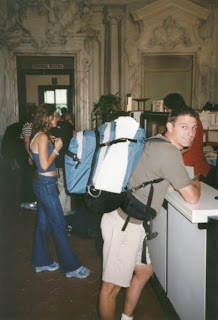 The Florence hostel is very beautiful. It is in a country villa surrounded by vineyards and the fireflies come out at night. And a few mosquitoes. I have stayed here once before with Greg back in 1995. Last night, we ate a really delicious meal at a restaurant just a short walk down the road. The Gnocchi was crazy good. 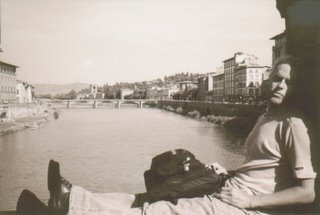 We thought about taking a day trip to Pisa today. After checking the schedules at the train station, we realized it would not be worth the time it would take to travel there and back. Instead we went to the Uffizi Gallery and I saw the famous "Birth of Venus" by Botticelli. We had a nice little side adventure when we caught a bus going the wrong way and rode the entire circuit in reverse before we reached our destination. We are now back at the hostel hanging out on the terrace and drinking beers until we have to leave and take a midnight train. We have a long journey to Barcelona. 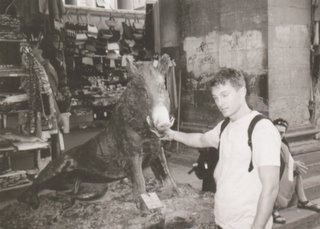 Posted by Noah Unsworth at 7:25 PM