I finally found an Internet cafe in Barcelona. I love this city. A big difference from the first time I came here with Greg when it rained the whole time and we were robbed. 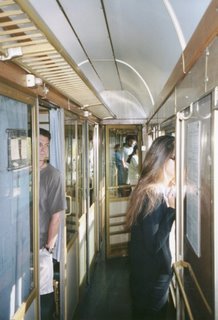 We ended up spending about 24 hours on 4 different trains to reach Barcelona. After a short train ride to Pisa, we took another sleeper car at 2 am to Nice. Our train to Montpellier ran over someone as it entered the Toulon Station. Bummer! The last train was the best. I had fun talking with several people with different nationalities. A Cuban who was sitting next to me was in Europe for the first time. He was coming to France to meet his French girlfriend and teach Salsa Dancing. We were so tired when we arrived in Barcelona at 11 pm that we went straight to sleep. 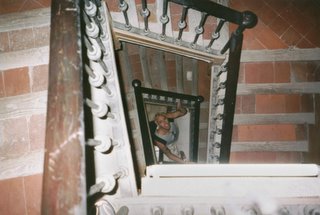 The Barcelona apartment where we are staying for a week is so cool! And so close to everything too. There was a cool spiral staircase up to the apartment on the third floor. I spent Sunday at the beach since everything is closed. It was so crowded. I had a few beers at one of the many bars on the sand. Started talking to a Colombian guy who was playing the saxophone and lives here with his Spanish wife. 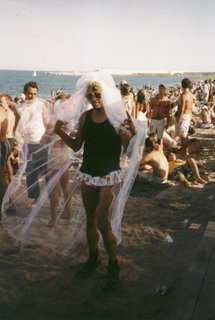 Walking back from the beach I saw they where filming a scene from a World War II movie at the train station. Lots of extras in period costumes and stuff. It was supposed to be Antwerp. I got to see them yell action and everything. Later, I went to a park near our apartment with Chad and Fatima where there was some kind of Rave going on. Dancers, Drum Circles, Jugglers, and lots of Marijuana being smoked. 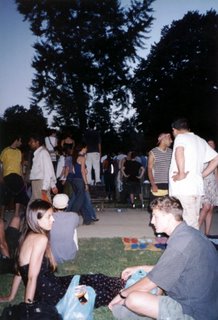 On Monday, we visited the unfinished Gaudi church, La Sagrada Familia. We climbed the winding stairs up one tower and walked across the narrow bridge at the top with great views of the city. We ended up getting tickets for the Red Hot Chili Peppers when we saw a poster on Las Ramblas. It was a great concert, but it was in a hot and humid arena filled with the haze of thousands of smoking cigarettes. We had an interesting midnight adventure walking back to the city centre because the subway closed down before the concert ended. After walking many miles we found a bus that was running and hoped for the best when we boarded it. We lucked out because it's route came pretty close to our apartment at Port Vell. 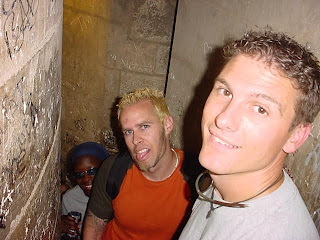 We spent the next few days hanging out at the beach, but we went to the Aquarium and the Picasso Museum. My respect for the famous painter grew after seeing his work displayed in chronological order. He was actually very talented in the realistic style when he was growing up in the city before he went abstract. I also had dinner and went to a nightclub with Amanda and her friend who I met on the train to Barcelona. On Thursday, everything in the city was closed down by a National Strike. The only open place to eat that we could find was a Chinese restaurant. It was good! The next day there was allot of spray paint graffiti on buildings around the city. 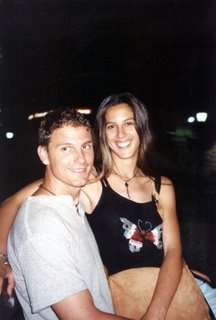 On Friday, we took a bus out to the mountain-top Benedictine monastery of Montserrat. We watched a Catholic wedding in the Abbey and touched the black Virgin of Montserrat statue. We rode the two funiculars and hiked the trails in the jagged peaks surrounding the Abbey. There was beautiful weather with great views of the surrounding countryside. 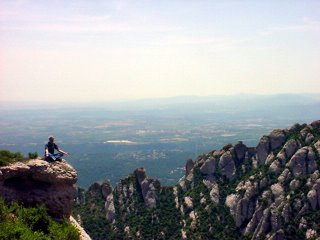 I was rooting for USA in the World Cup (obviously), but I was surprised that they beat Mexico and made it into the Quarterfinals!! The USA lost to Germany while we were out at Montserrat, but Spain played Korea today in the Quarterfinals during our last day in the city. The streets were empty during the game and we watched it on our TV. Through our window, the city was crazy noisy as the game came to an end with a zero-zero tie. The noise level increased during the shoot-out, but when Korea scored the final goal to win, the city went deathly silent for several minutes. It was very eerie. 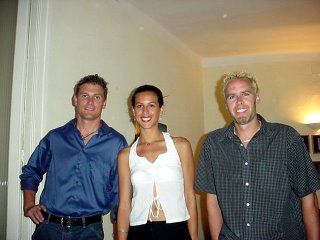 After the game in the morning, we rode the cable car up to Montjuic to see all the 1992 Olympic facilities and go swimming in the Olympic pool. Too bad we visited it on the day of a school swim meet so we were not able to swim like we planned. Oh Well. Tonight we are going dancing.
Posted by Noah Unsworth at 7:33 PM