Tori and I left work early Friday afternoon to drive out to Julian for our camping trip. After we passed the San Diego Safari Park on Highway 78, a police roadblock diverted us off the main highway and onto Bandy Canyon Road. The detour through Escondido Wine Country added a half hour to our route but it was a very pretty drive winding through the vineyard covered hills west of Ramona. 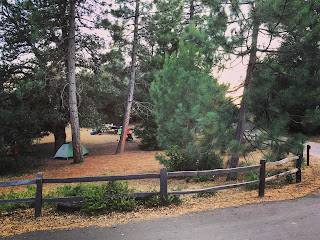 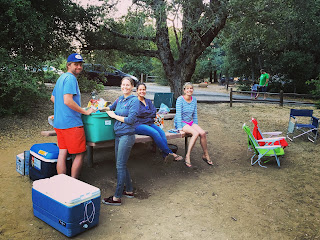 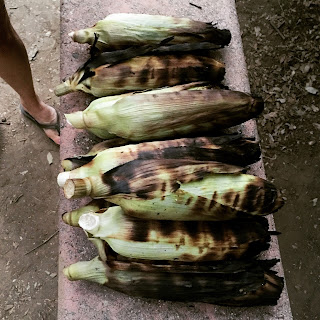 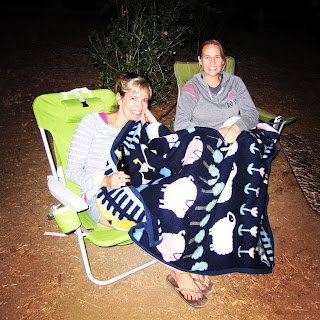 Shelli, Kim, Mary and Brad were already at the campsites when we arrived at the William Heise County Park at 7:30pm. It was nice that it was still light out when we set up our tent. As we hung out together at Site 98, Kim prepared Pulled Chicken Sandwiches for us while Shelli grilled Corncobs over the fire. Both were delicious. Kurt arrived after dark and joined us drinking beers and cider around the campfire. 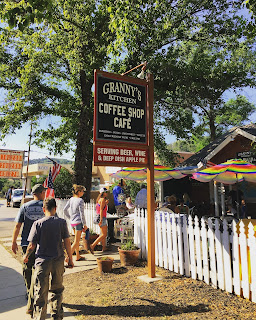 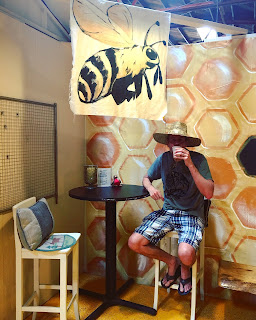 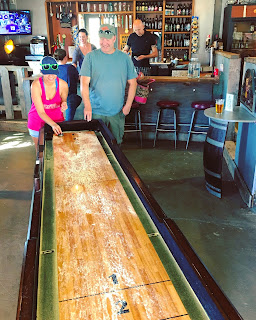 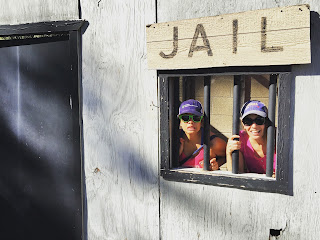 In the morning, we all drove into Julian for breakfast at Granny's Kitchen. The weather was perfect outside on the patio as we watched the red,white and blue bunting go up around town in preparation for the July 4th weekend. (I highly recommend the French Toast they make with Cinnamon Pull-Apart Bread from Dudley's Bakery.) After returning and hanging out at our campsite for a few hours before Mary and Brad left, we went back out to Julian Station in Wynola for a cider tasting at Julian Hard Cider. We also tried a tasting of mead from Golden Coast Mead. (It reminded me of a sparkling white wine.) After beer and shuffleboard at The Cooler, we headed back to the campgrounds where we spotted a Mule Deer at the entrance. 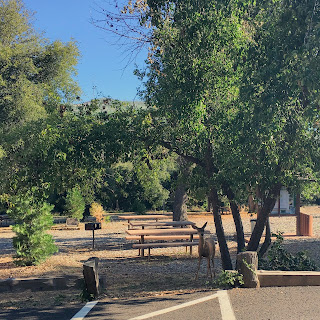 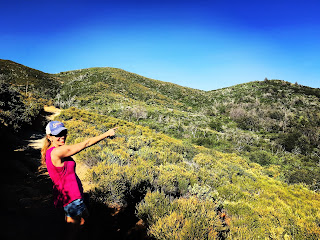 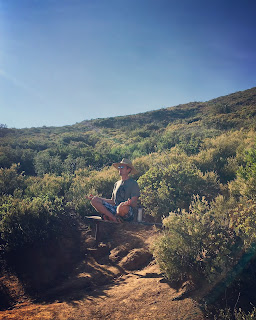 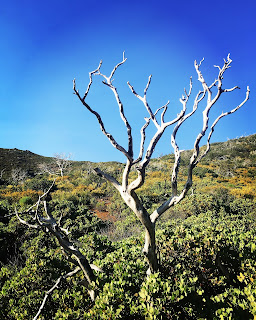 Kurt joined Tori and I for a late afternoon hike on the Desert View Trail as the temperatures cooled. The first half of the 2.25 mile loop was a steep climb through 900 feet of elevation to the top of the surrounding hills. During the frequent stops to catch our breath we took in the beautiful green landscape punctuated by the bleached white branches of the countless dead trees left over from the 2003 Cedar Fire. Reaching Glen's View at the top, (4,940 feet) we had a nice view of the Anza-Borrego Desert in the distance. The rest of the looping trail descended slowly along the westward ridge back to camp. 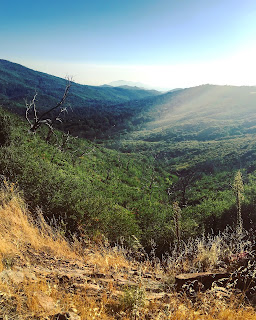 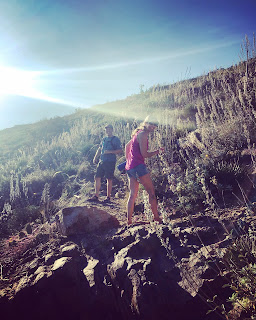 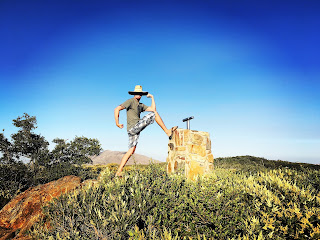 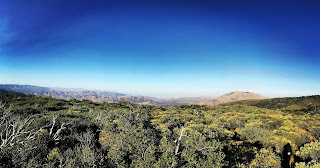 We arrived back at camp to find Kim waking up from a nap and Shelly cooking her Peach Cobbler on the campfire. I was so starving that I ended up eating three of Kim's Sloppy Joe's sandwiches and a huge serving of Shelli's cobbler. (It was slightly burnt on top but I liked the added campfire flavor.) The campgrounds have coin-operated showers so it felt great to wash up after our dusty hike. The showers cost a quarter per two minutes and were nice and warm. I only wish they had more than one hook in each shower stall. 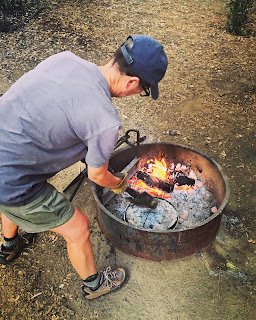 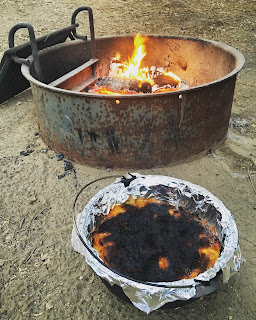 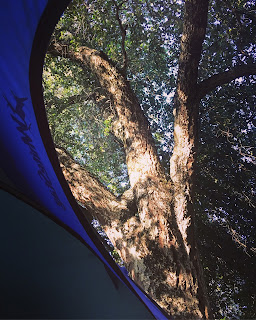 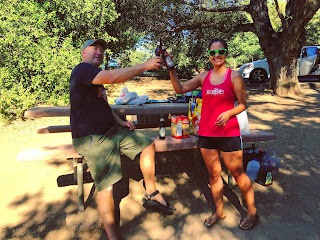 We slept much better on Saturday night before we packed up and drove home Sunday morning. We stopped at Dudley's Bakery on the way for fresh bread and cookies.
Posted by Noah Unsworth at 7:57 PM