I have now participated in five Midnight Madness Bike Rides around Downtown San Diego. This year, friends from work were dressing up for the event so Tori and I wore tutus. I planned to accessorize mine with a hockey costume, but I only wore the pads because it was too damn hot for the jersey. I was interviewed by Fox 5 while we were waiting for the ride to start, but I don't know if it made it onto the news. 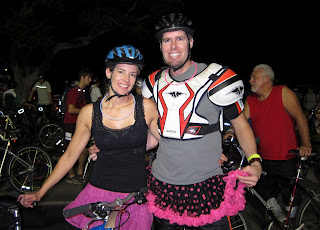 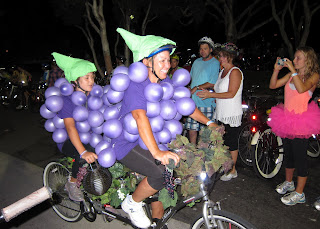 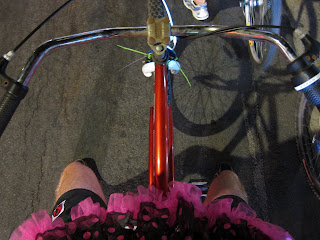 This is the first year that the ride started at 9pm instead of midnight which I think that is a bad idea. The event loses some of its special madness at the earlier time. I was riding an old rusty cruiser this year instead of my road bike so I didn't mind that they also shortened the course from 18 to just 12 miles. 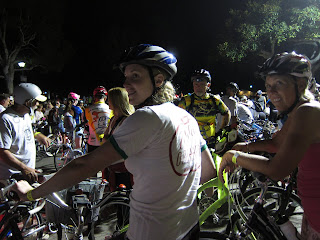 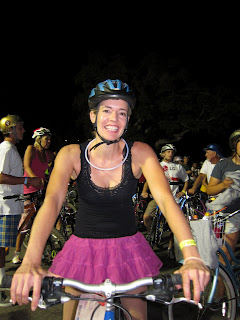 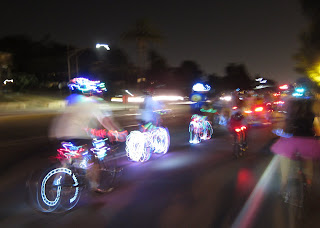 Riding along the harbor, my favorite photo was from when I stopped to take a 15 second exposure of the riders pedaling past. Except for the light trails from their illuminated bikes, the participants were invisible against the city backdrop. Spectators really liked my Hockey Pads-Tutu combo. Throughout the ride, I kept overhearing, "That guy's wearing a tutu!!" 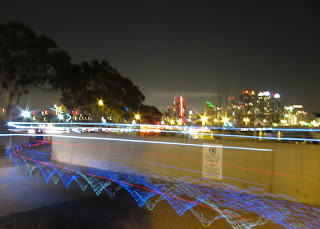 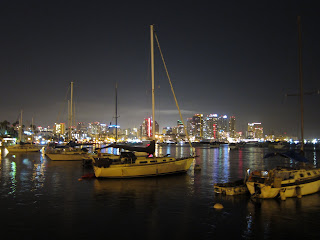 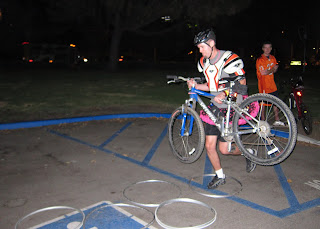 At the end of the ride, I attempted the Bicycle Hopscotch set up at the finish line. (Hopping through wheel frames while carrying a bike, picking up a smaller wheel and than hopping out backwards.) It was a lot harder than I thought. Our group, "Drinking Team with a Cycling Problem", went over to the Beer Festival tent afterwards, but it was too humid and crowded inside so we didn't stay long.
Posted by Noah Unsworth at 5:38 PM