I only started Flying Trapeze back in May, but I had my first chance to perform in a show on Saturday for my father and a group of friends who came to watch. The costume colors for the night were Turquoise, Black and Silver. For the pre-show, Tony Steele played guitar, juggled, and preformed some magic with his assistant, Becca, before climbing up to the platform to show off several of his signature trapeze tricks. 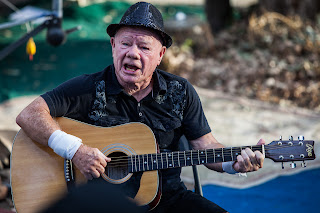 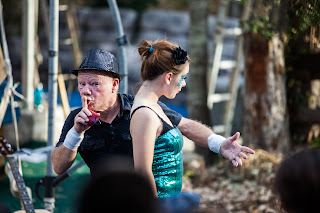 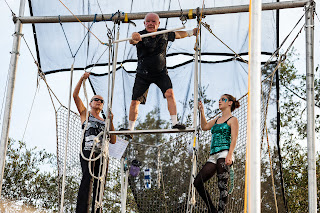 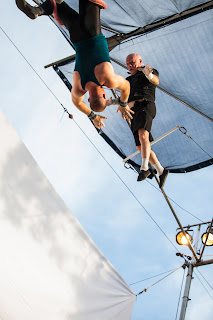 There were three troupes performing in the show, one for each catcher. I was in Wayne's Troupe with Kristen, Janet, Lisa, Jill and Kenny. I was nervous before the show, but our dress rehearsal Friday night had eased most of my worries. I went first in the rotation since I was the rookie and still in safety lines for my two release tricks. For my swing-out, I did a Warm-Up Swing out of lines which Tori described as my best one yet. Taking turns with the others, Wayne caught my Birdie before I finished with a Backend Planche to the net. 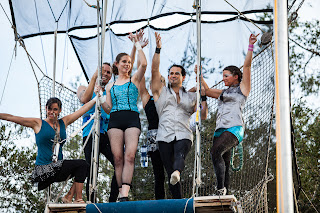 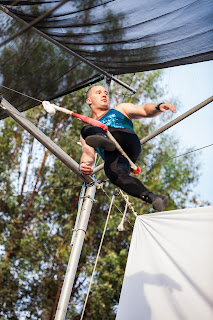 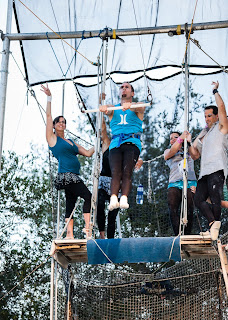 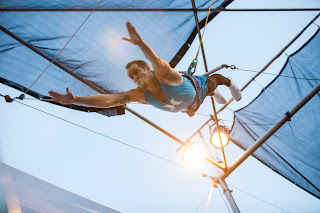 Kenny had practiced his Hocks Salto many times in the past week, but he was not able to pull it off for the show. The Hocks Salto is a Hocks Off with an added Back Somersault off the bar. The four picture sequence below shows his collision with Wayne who came out of it with a few cuts around his mouth and chin, but survived. 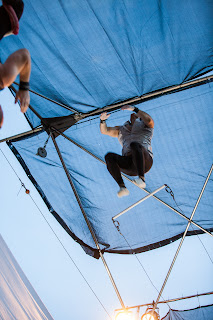 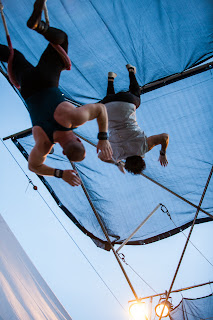 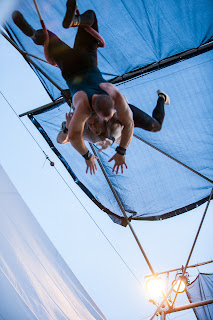 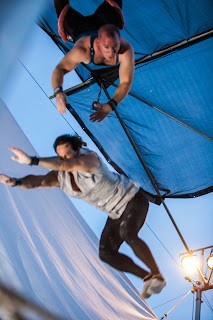 Mark's Troupe, The Flying Cupcakes, was second and he made a grand entrance as several of the girls removed his animal-print robe before he climbed up the rope to the catch bar. The flyers in his troupe were Betty, Celeste, Michelle, Nick and Chris. Janet joined them to do a double-swing with Betty. 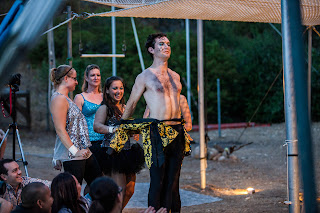 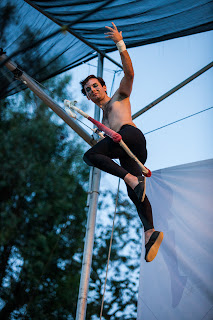 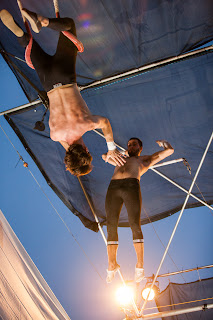 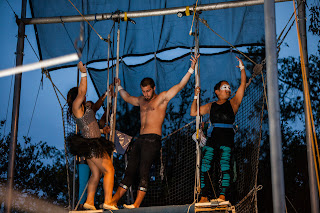 Chris' Troupe went last and was the biggest with Rhiannon, Emily, Susan, Sharyn, Cindy, Gina, Erica and Mark. Erica and Mark both preformed a one-handed salute on their swing-out and Rhiannon and Emily did a double swing as well. 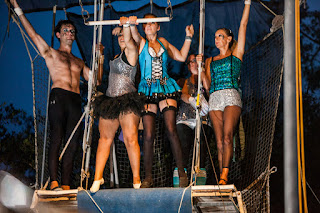 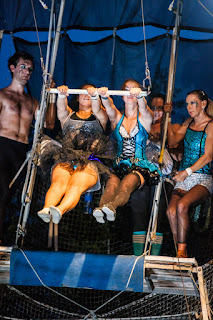 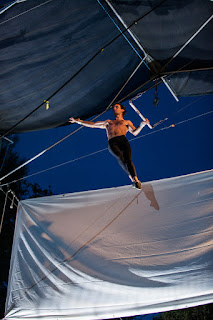 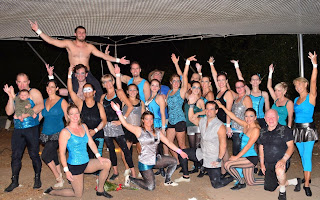 After the show, most of us went out to dinner at Pho Saigon Express to celebrate. It was a great night and Darin did a amazing job taking all of these photos.
Posted by Noah Unsworth at 6:00 PM