I have wanted to experience the FlowRider at the Wave House for the longest time so I was glad that Tori was willing to give it a go. Kenny and Jill met us at Belmont Park on Sunday where we booked an hour. As best as I can describe it, FlowRiding is a cross between wakeboarding, snowboarding and surfing where strong pumps force a thin sheet of water up a rubber slope. I went first with a body-board to get a feel for the strength of the flow before attempting to try it standing up. 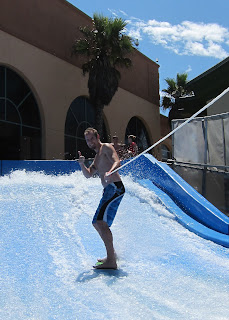 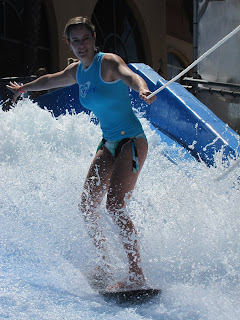 In order to ride standing up, we had to set our weight on our back foot and steer the board with the front. We also had to keep our knees bent and shoulders square over the board to maintain proper balance. As beginners, holding the rope compensated for the lack of fins and helped keep us straight. Once we let go it was only a matter of seconds before the board would start to turn sideways and the force of water would kick it out from under us. Tori and Kenny had great balance, picking it up the first time but it took me a couple tries. 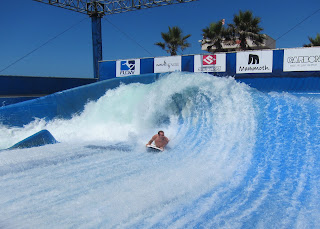 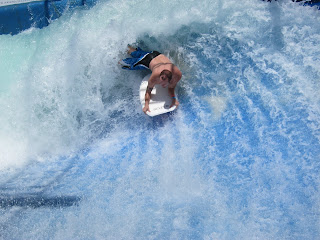 Even though I would have preferred to spend more time practicing on the FlowRider without the aid of a rope first, Kenny and I booked a second hour over on the FlowBarrel. The sheet of water is thicker on the FlowBarrel and shoots up a rubber wave to form a constant tube. While the surface of the FlowRider was bouncy like a trampoline, the FlowBarrel wasn't as forgiving. I rode the stand-up board twice, lasting at least 30 seconds each time, but I whacked the back of my head both times and smashed my shoulder. To give my aching noggin a break, I rode the body-board for the rest of the hour. It was fun to ride up and down the face of the wave and get deep in the tube. 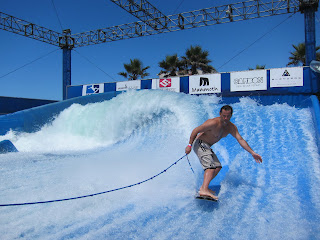 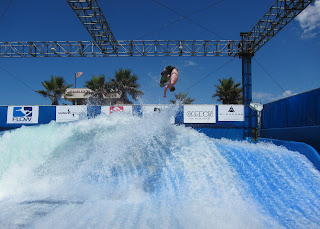 What sucks about the FlowRider and FlowBarrel is that unless you have more experience, there is no easy way to get off the board without wiping out. The FlowBarrel sucks you over the falls into a deeper pit of water and holds you under for quite a ways along the side channel before it finally spits you out. I almost lost my shorts a couple times. It was nice that they had two hot tubs in front to relax in while waiting for our next turn. There were several excellent riders taking turns with us, giving tips and showing off their slick moves and aerials. 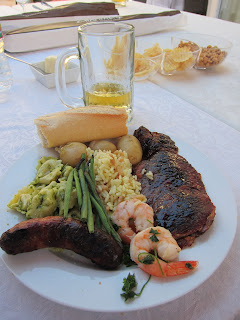 Sunday Night, I was still very sore from the Wave House (some serious whiplash) when we went to a BBQ at Lylah's mother's house, Maison Petite D'Agnes. Agnes and Ernie are great hosts and it was another sumptuous feast. I went back for seconds and thirds before sitting in front of the backyard fireplace with my lovely girlfriend. On Labor Day, we had another BBQ out at Trapeze High. I was still too beat up to fly, but I got to meet Tony Steele, the first trapeze artist to complete the "3 1/2 Back Somersaults to a Legs Catch" back in 1962, and watch him throw a "Half Turn Across" to Wayne. 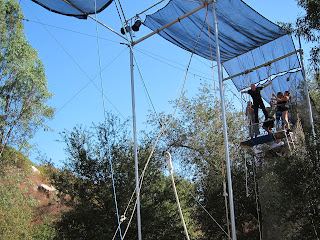 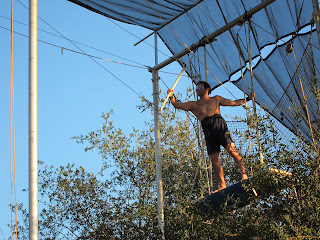 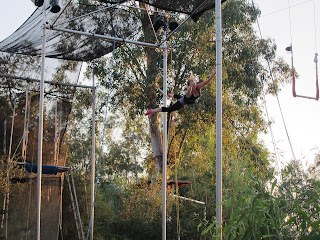 Labor Day was also my first "Big Erection" when I helped erect the new Catcher's Rig. I will be able to train on it so I can learn to catch by the end of the year. 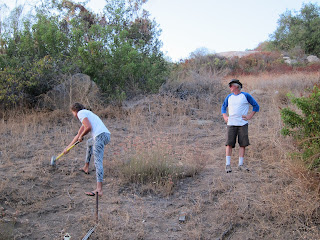 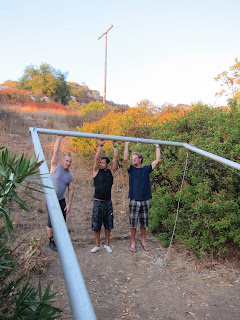 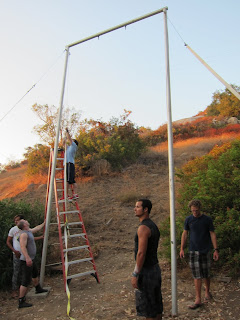 p.s. Tori and I also went to another BBQ at Federica's house on Friday night for three in one weekend!! We acted out a skit that Dan wrote and played some Taboo. The highlight was Federica accidentally falling into the pool while looking back to talk to us.
Posted by Noah Unsworth at 9:17 PM