Yesterday, Chris came out to Trapeze High in Escondido to film us with his new drone. Tori and I loosened up with some Warm Up Swings as he learned to navigate the drone around a yard filled with guy-wires. 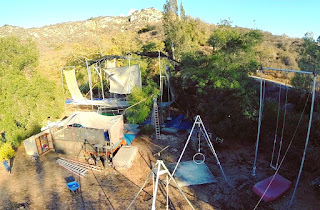 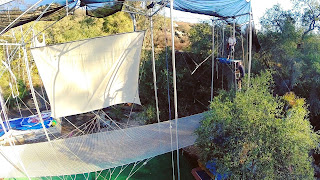 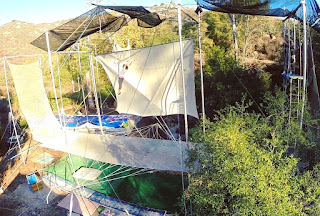 After my last Warm Up Swing, the drone shot straight up into the sky for a towering aerial view of the Trapeze Rig. The new Airbag Rig under construction is visible behind covered with a blue tarp. 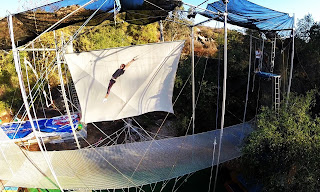 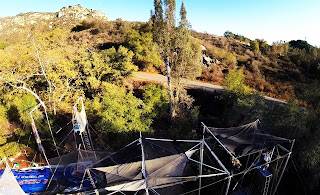 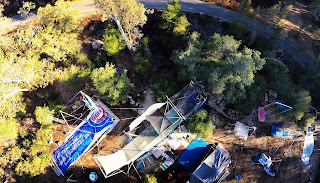 As Chris flew his drone back toward the ground, Tori performed a Knee Hang Back Flip with an added Net Trick. 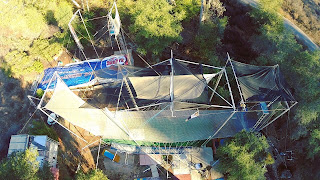 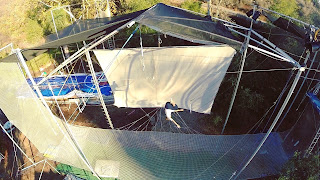 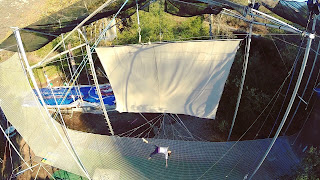 Here I am working on my Hocks Off from a few different angles. It was fun when Chris flew the drone in between the Apron Net and the Catch Trap while I was flying. 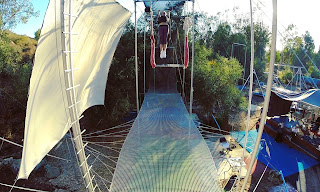 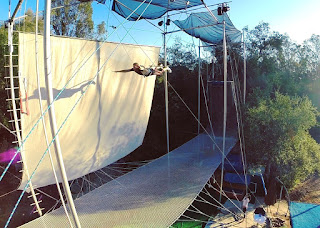 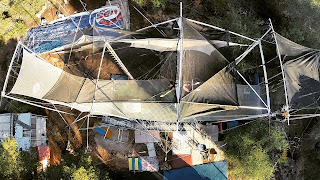 After Kenny finished playing on the Traveling Rings, he came over and threw a few tricks, including a Double. This video file became corrupted so I could only recover footage of his first two tricks. 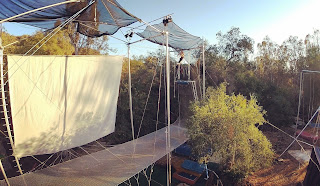 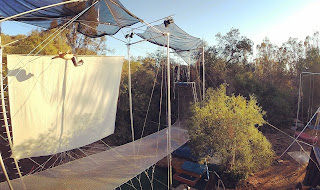 For the drones last flight, I climbed up to the Catch Trap to catch my wife. Our Knee Hang Catch yesterday was the first time I caught Tori out of Safety Lines. 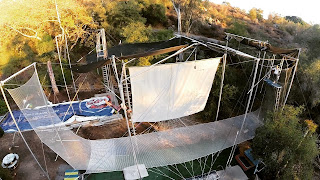 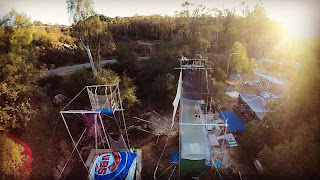 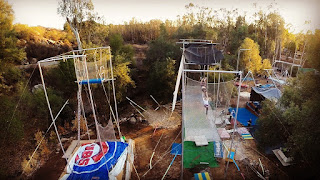 The drone flew back in closer as I caught Tori's Splits. She is so graceful! 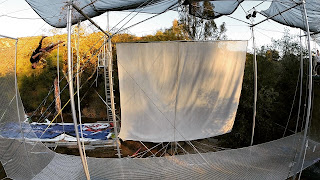 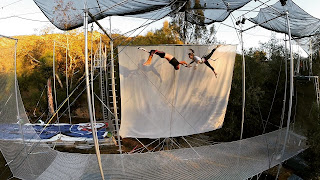 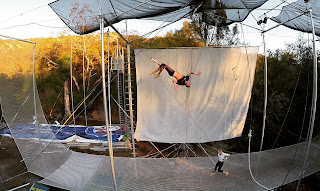 With just a little bit of juice left in the drone's battery, Chris flew over to film Jill on the Traveling Rings. It was a beautiful sunset. 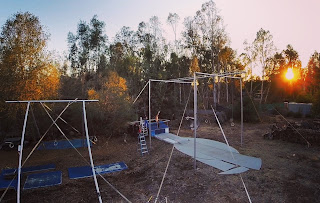 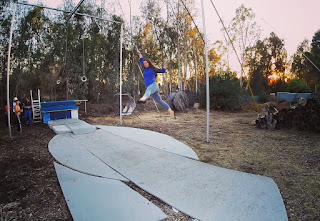 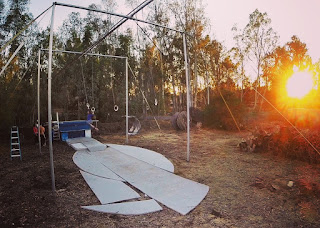 Posted by Noah Unsworth at 9:35 PM