After skipping the Trapeze High Friends and Family Show in 2013 because of my injured shoulder, this year I was prepared to both catch and fly. The costume colors were black and white (with pink accent) so I was finally able to wear the special tights that I had been saving. The show started on Sunday at 3pm with special performances by Chris and Gina on the Static Trapeze, Susan on the Rope and Kenny and Jill on the Traveling Rings before moving back to the rig for the flying trapeze. 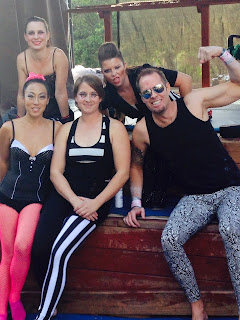 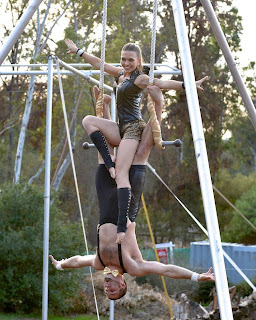 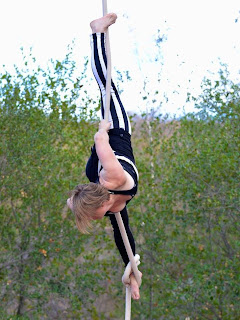 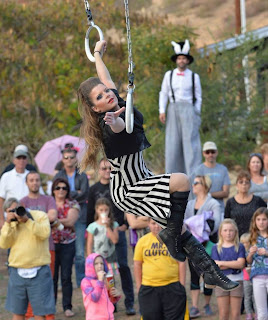 Since I am tall, I was assigned to catch the four girls of the Kids Troupe. Except for Vanessa, the rehearsal on Saturday was my first time catching the other girls who normally fly in the Sunday classes. Before the show, I was more worried about the catching than I was about my flying since I didn't want to spoil any of the girls' catches with bad timing. After I caught Charlotte's Birdie, my nervousness left as I caught Evie's Whip, Vanessa's Planche and Leilani's Splits with no problems. During the rehearsal, Vanessa had released early on both attempts, but she was perfect in the show. Normally I don't hear much outside noise during a catch because I am concentrating, but the overwhelming roar of the crowd during each successful catch was amazing to experience. Even though it was only four locks total, my mouth was dry and my body shaking at the end due to the adrenaline. 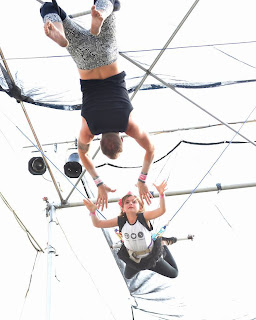 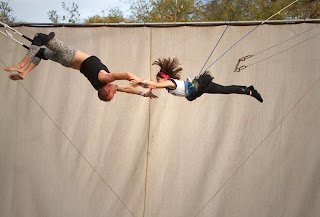 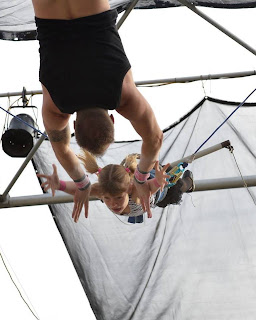 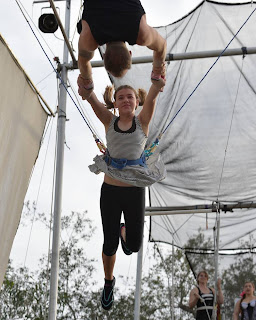 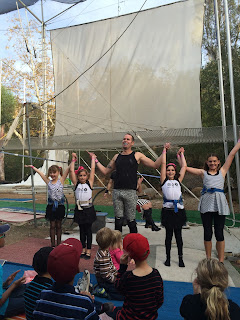 Chris had a busy day. After performing the Static Trapeze Routine earlier, he caught the largest troupe of the show with Angela, Natacha, Betty, Celeste, Kira, Dia, Cindy, Gina, Sharyn and Rhiannon. It was fun to watch all these talented ladies perform, most of them out of safety lines. 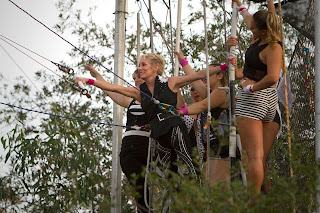 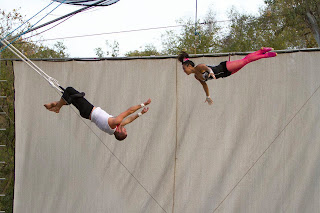 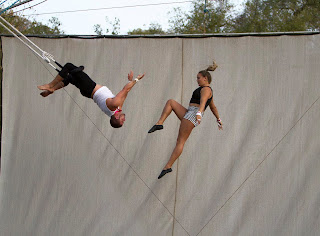 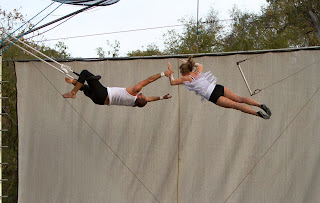 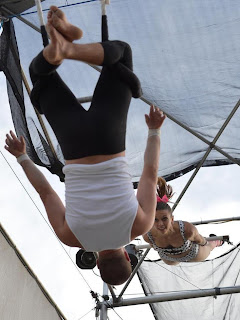 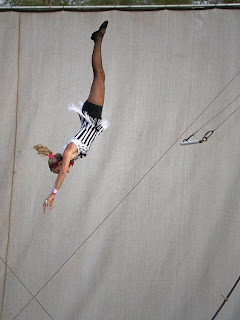 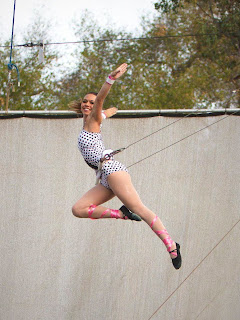 Wayne's Troupe was the smallest with just me, Chris and Didier who is visiting from France. For my pink accent color, I wore a tutu while flying for the first time. After a Warm Up Swing, I threw a Hocks Off to Wayne before finishing with a Man Splits dismount to the net. Next year, I will definitely perform my tricks out of lines. Chris and Didier are really good, throwing a Straight Jump and Layout out of lines to Wayne and returning to the board. They ended the show by dismounting to the net with a Forward Over and Double respectively. 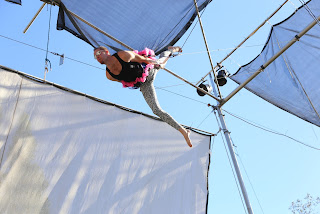 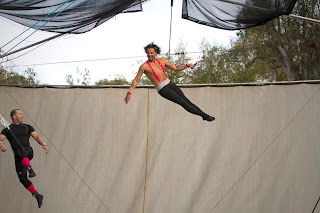 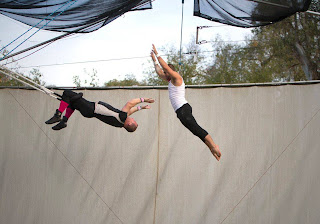 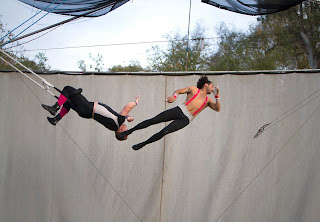 Here are the short videos of me catching the Charlotte, Evie, Vanessa and Leilani.

Here are the short videos of me flying with Chris and Didier during the last troupe performance of the show.