Yesterday, Tori and I visited the Maritime Museum of San Diego to visit the replica ship used in the film, Master and Commander: The Far Side of the World. I loved the film when it came out in 2003 and it inspired me to read the entire Aubrey-Maturin series by Patrick O'Brien afterwards. I struggled with all the sailing terms in the first book, but I eventually picked them up and raced through the adventures of Captain Jack Aubrey and his best friend, the physician, Stephan Maturin, in the remaining 19 books. Last year, I only meant to re-read the first book so I could experience it without my initial confusion but I ended up addicted again and couldn't stop until I finished them all the books again last month. Saturday was overcast but it was great to see the HMS Surprise. It was originally constructed in 1970 as a replica of the 18th century Royal Navy frigate Rose, but was rebuilt for the movie as a 24 gun frigate specific to the Nelson-era of Great Britain's Royal Navy. 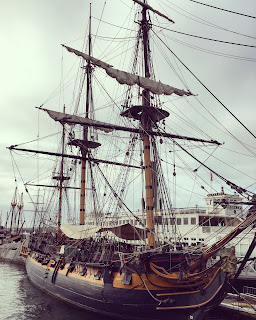 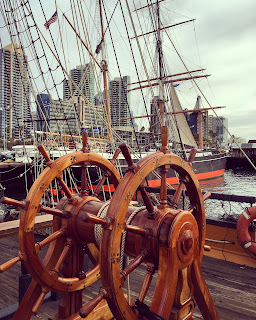 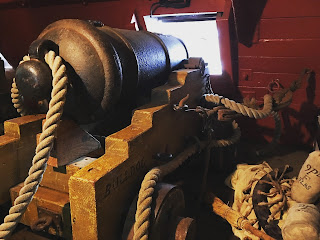 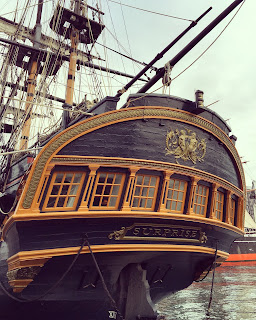 After exploring the HMS Surprise, we checked out the rusting B-39 Submarine from the former Soviet Navy. I was bummed the interior of the 1970's diesel electric submarine was closed yesterday so we couldn't go inside. Further along the dock, we saw the newly built replica of the San Salvador. Juan Rodriguez Cabrillo was the captain of the original ship which was the first recorded European vessel to sail along Southern California, and survey its coastline. It entered the natural harbor of San Diego on September 28, 1542. The replica was officially unveiled last September but the interior is still under construction. Up in the foremast, we could see a man working on the rigging. Nearby, the America, a replica schooner of the first winner of the America's Cup, was returning from a cruise and docking next to the Californian, the official Tall Ship of California. 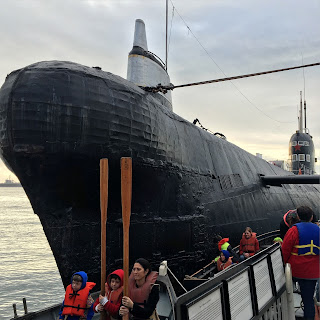 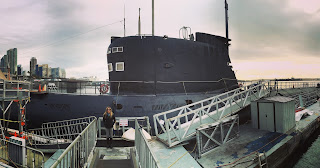 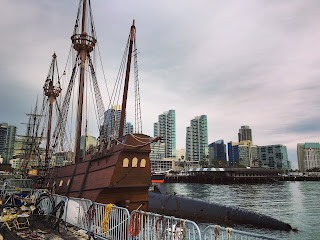 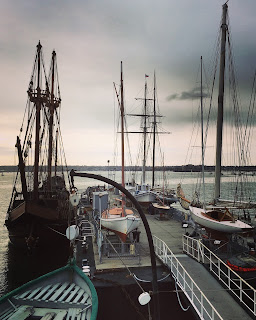 After walking through the steam yacht, Medea, which served in both World Wars, we checked out the exhibits on the first floor of the Berkeley. The 1898 steam ferryboat operated for 60 years on San Francisco Bay before coming to San Diego in 1973. It is most famous for its evacuation efforts during the 1906 earthquake. Our 10 year high school reunion was held on the second floor of the ferry in 2000, but Tori missed it since she never received the invitation in the mail. Maybe we would have been married much earlier if she had come that night as well, but I think we met up again right at the perfect times in our lives. We weren't able to enter the Soviet Submarine but we were able to go inside the USS Dolphin, the deepest diving submarine in the world. In November 1968, she set a depth record for operating submarines that still stands. The Dolphin still performs both military and civilian research missions. 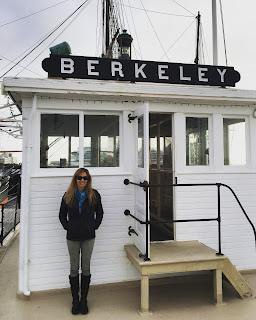 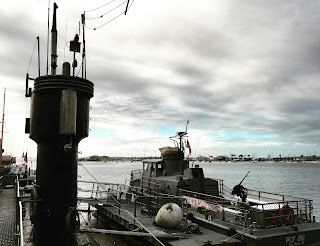 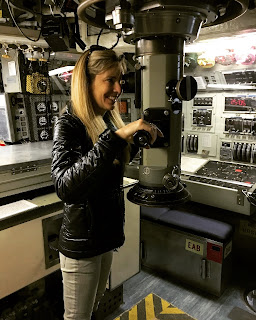 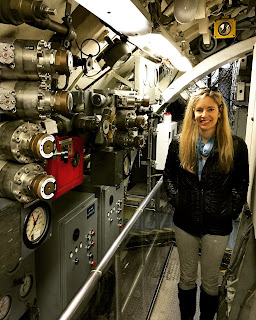 Leaving the museum, we headed over to the Gaslamp Quarter for our dinner reservations at Nobu in the Hard Rock Hotel. I have not been a fan of seafood for most of my life, but I have changed a lot in the last few years. We shared the family-style Six Course Signature Menu and we loved every dish on it. 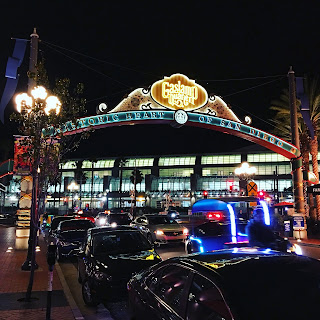 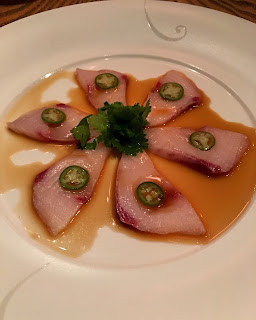 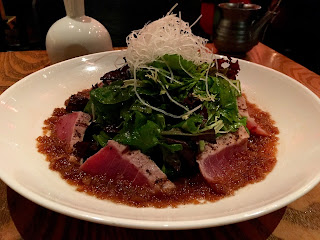 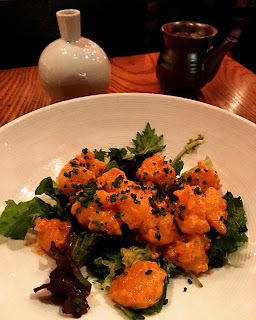 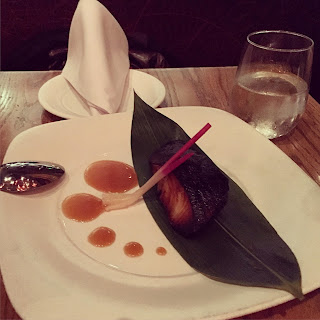 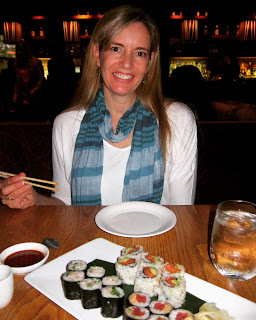 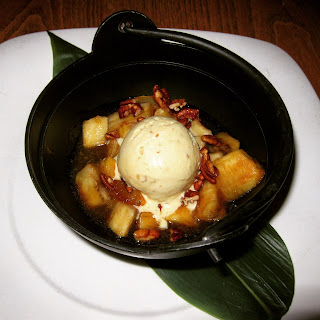 Afterwards, I couldn't believe that I had loved a meal with no red meat. Before eating it, I would have suspected that the cod would be my least favorite but it was so delicious. The dessert surprised me as well. Tori and I were fighting over the last drop. Ha!
Posted by Noah Unsworth at 7:30 PM