I participated in my third Friends and Family Show at Trapeze High on Saturday, November 5th. I didn't catch this time but I showed off two new tricks I learned this year plus taking an old one out of safety lines for the first time. The show started at 3:30 but Isaac warmed up the crowd beforehand with a Chin Balancing Routine as he balanced a series of larger and larger objects over his head. Chris and Gina kicked off the show with a Static Trapeze routine up in the Catch Trap. 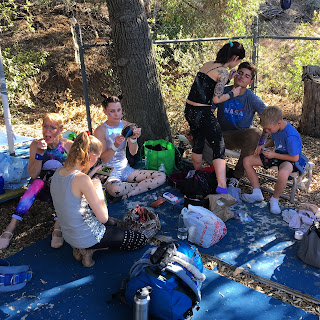 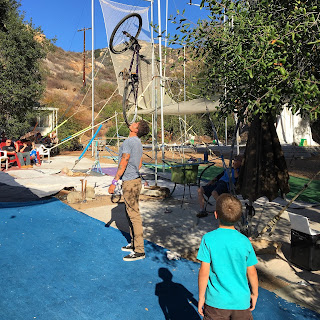 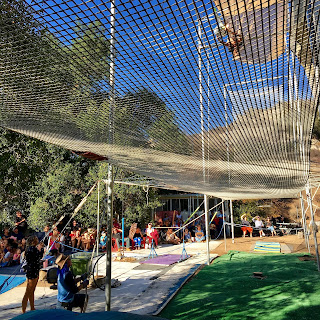 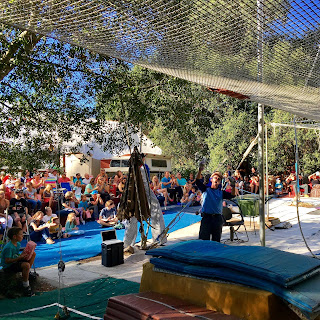 Isaac's Troupe was the first to fly. Here is a list of the tricks performed:

Leilani - Warm Up Swing, Turnaround Back Drop, Hocks Off Catch 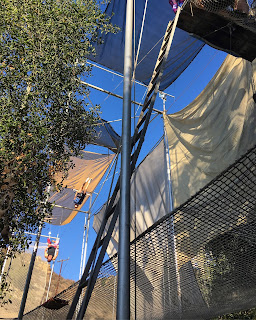 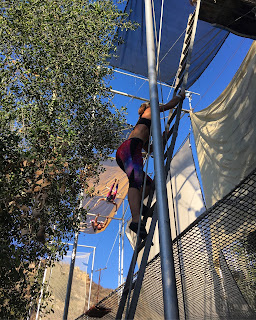 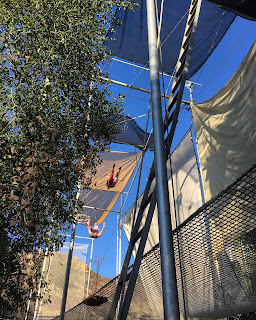 Chris caught the second Troupe with everyone catching their tricks. 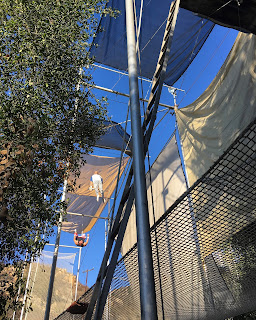 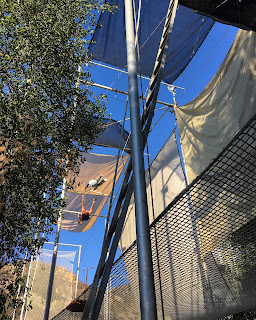 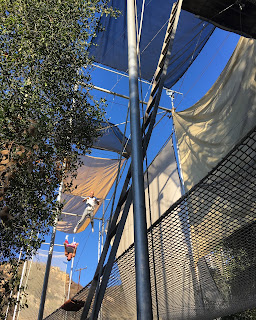 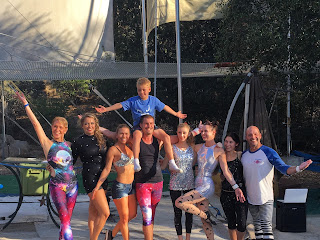 Chris and I were the only ones flying in Tommy's Troupe so we had less time to catch our breath between tricks. I had a dry mouth and was breathing hard while climbing the ladder for my final catch. My first trick was the Turnaround that I spent several months learning over late summer and fall. I probably executed my best turn yet as my feet stayed together except for a small split in my legs near the end. I had a little wardrobe malfunction when I brushed the board the second time over and exposed my undies. That got the crowd laughing. Ha! 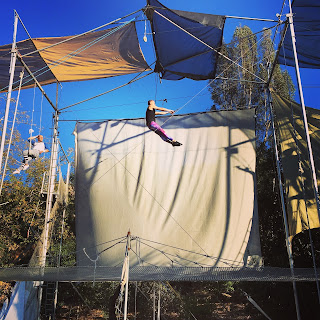 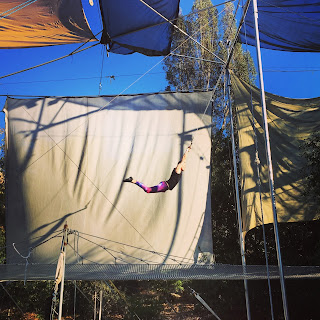 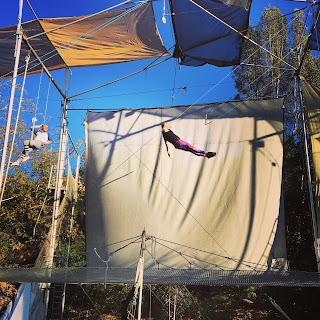 My second trick was the Splits out of lines. I had performed the Man Splits in the last show but I had promised myself that I would do it without Safety Lines the next time. I spent a lot of time working on my Face Off so I could land safely to my back in the net. It is finally starting to feel natural. 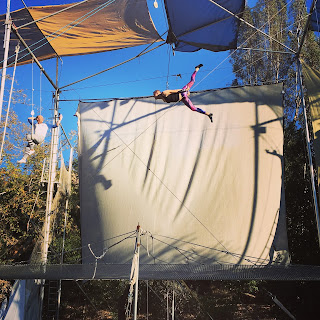 For my catch, I performed the Whip that I began learning in September. While both Isaac and Chris have caught my Whip before, Tommy never has. We had only one practice catch an hour before the show but we pulled it off. 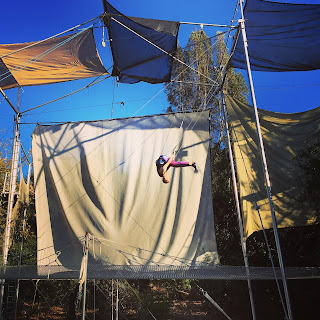 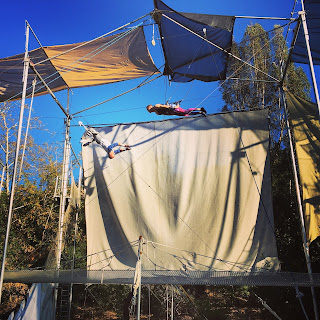 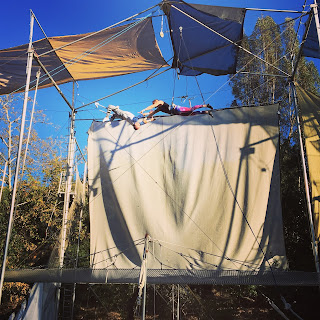 Chris performed a Suicide, a Double and threw a Layout to Tommy. While we were bowing at the end, my wife got a perfect shot of Lianna bouncing in the net behind us. Kira did double-duty as the Announcer and I think she did the best job yet from any of the previous shows. 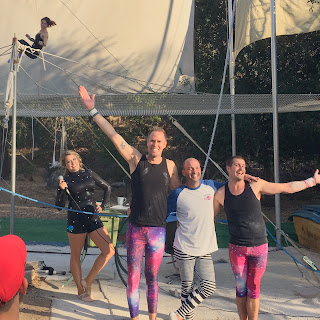 Posted by Noah Unsworth at 3:07 PM