Trapeze High Spring Spectacular Show was this weekend and while I didn't fly or catch this time, I took photos and videos for the performers. 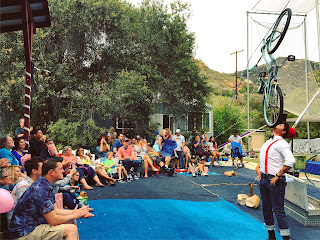 Before the Flying Trapeze began, there were several circus acts to warm up the crowd. Tatum began with her Quick Change Act before Isaac performed his Balloon and Balancing Acts. Cami's wowed the crowd with her contortions before joining Vanessa, Maya and Tatum for their Acro Girls performance under the trapeze net.


There was lots of great flying with a big variety of tricks! Isaac, Tommy, Chris, and Nick worked hard to catch all the Flyers in their troupes. 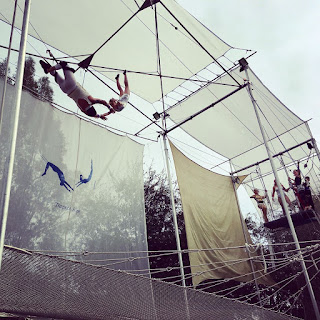 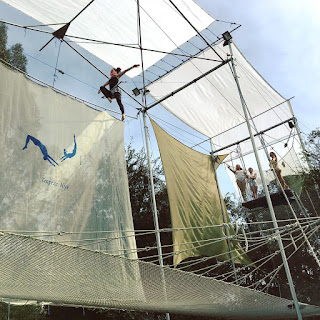 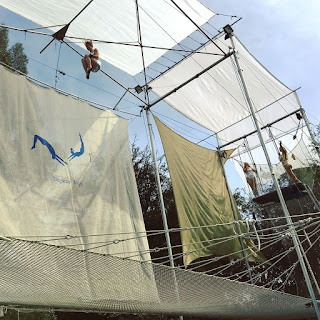 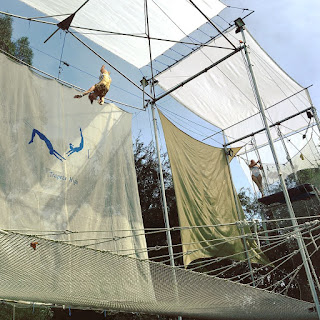 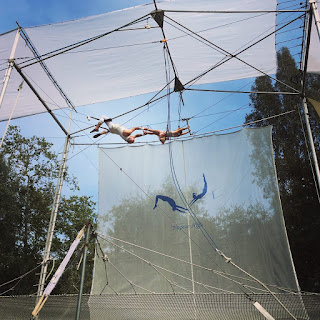 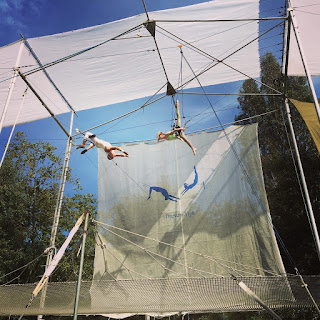 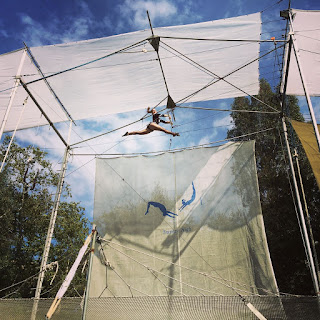 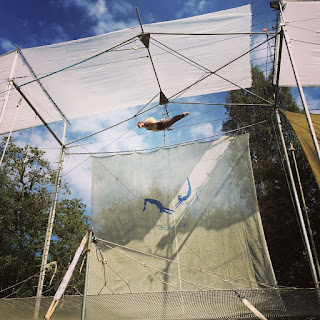 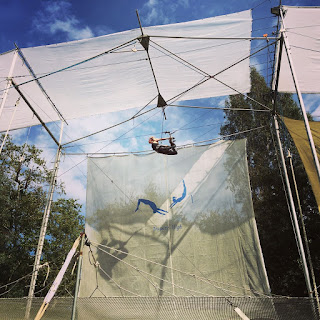 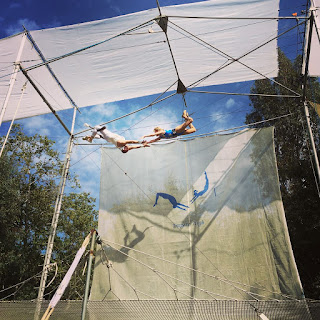 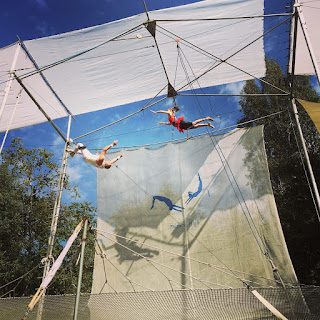 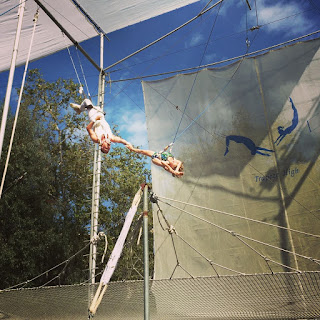 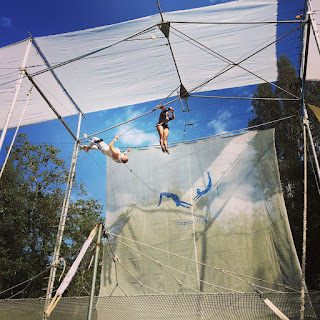 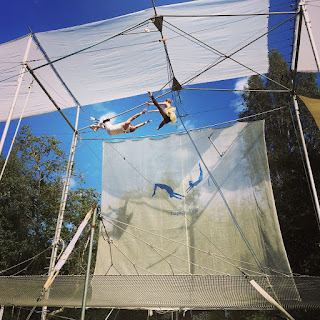 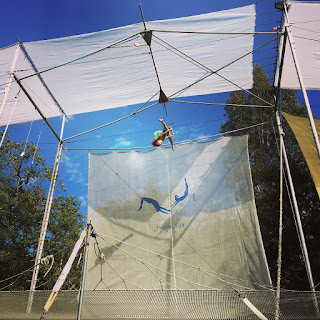 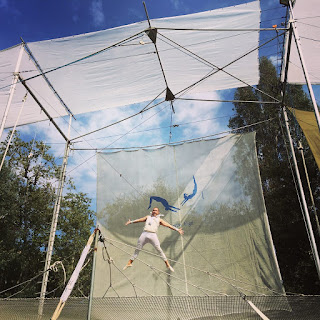 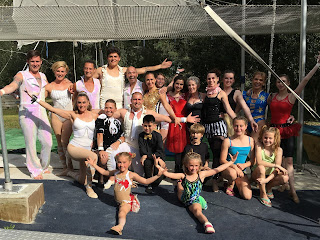 Here is the Highlights Video I created from my GoPro Camera that I placed up high on the Trapeze rig next to the Catch Trap. I was curious how all the flying trapeze tricks would look all cut together rapid-fire and I think it came out pretty well.


After the Trapeze performance, Lianna and Kenny demoed a two-person Kiiker Swing for any of the audience who wanted to try it. For those not confident enough to attempt it on their own, they could go over the top with a more experienced swinger.


Come take a class at Trapeze High and start learning these fun tricks too!
Posted by Noah Unsworth at 11:30 PM