Tori and I went to Urban Mo's in Hillcrest for Miriam's Tea Party: Heartbreak Hotel. It was a Comedy Cabaret of Improv, Burlesque and Drag Performances. I didn't take any photos with my new camera of the performance but I did take pictures of us and our friends before and after the show. I love this photo of Tori after I helped tie up her Corset. 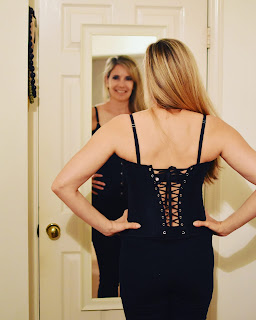 Before the show, we met our friends at their apartment in Bankers Hill for appetizers and drinks before catching Ubers into Hillcrest. 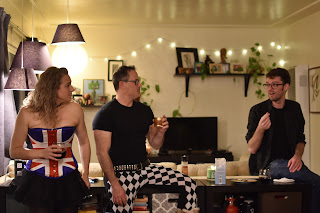 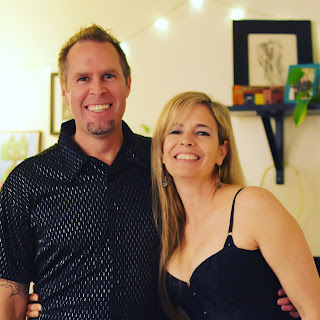 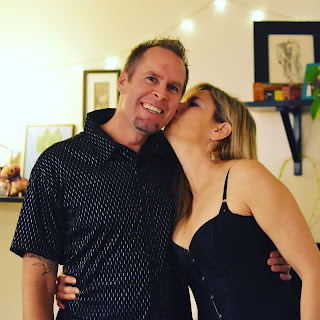 The Comedy Cabaret was fun! Except for the stand-up routine of the host, who also sang one song, the rest of the Drag Queens lip-synced their songs while we tipped them. (A guy behind me tipped several fifties!) Pandora Boxx of “RuPaul’s Drag Race” was one of the performers and was the most polished of the group. I liked that we had our own tables at Urban Mo’s so we could order food and drinks without leaving our seat. 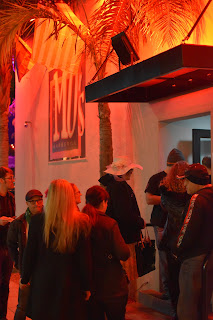 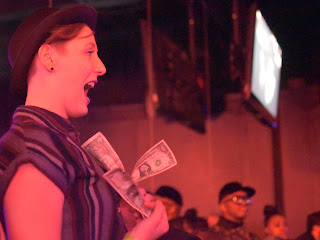 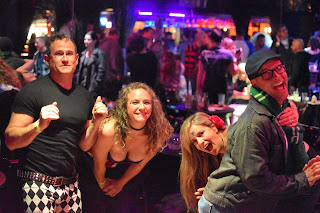 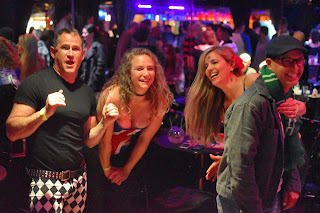 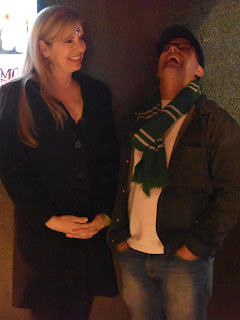 Posted by Noah Unsworth at 1:16 PM