Tori and I took a short weekend getaway and stayed at The Dana on Mission Bay. The resort hotel is a short distance between Ocean Beach and Mission Beach so we took our bikes with us to ride around and explore the two beach communities on either side of Mission Bay. 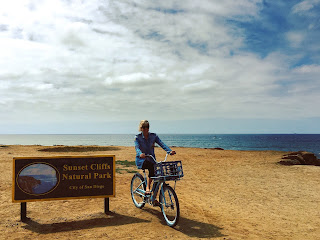 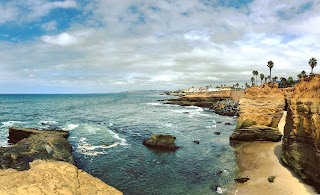 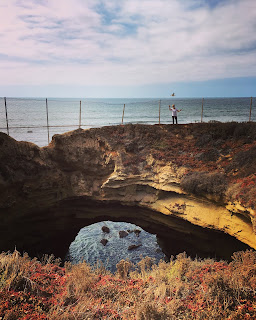 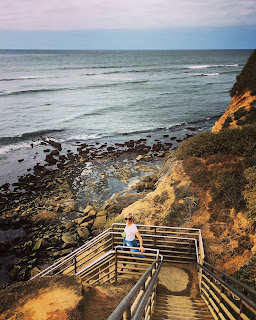 After parking at the hotel at 11am, we biked over the San Diego River into Ocean Beach and had lunch at OB Surf Lodge across the street from the beach. Heading south on our bikes, we followed Sunset Cliffs Boulevard all the way to the Sunset Cliffs Natural Park at the far end. The overcast sky began to turn burn off as we explored the dramatic cliff face for the first time. It was low tide but the natural arch entrance to the cave was still blocked by waves as we circled around the large hole in the ground. 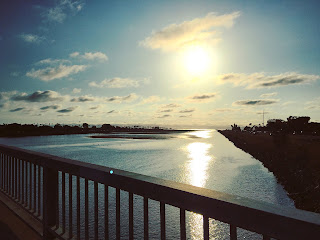 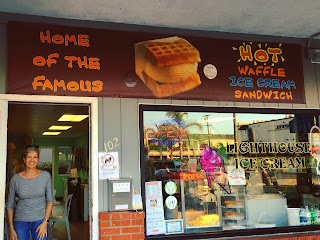 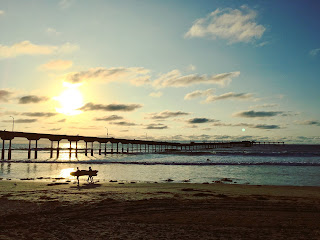 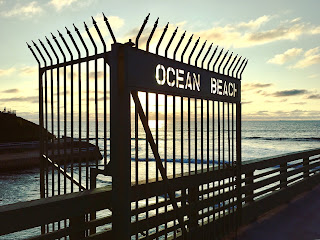 We rode back to the hotel to check-in and relax for a bit. After chips and guacamole with margaritas by the hotel pool, we rode back into Ocean Beach to watch the sunset from the Ocean Beach Pier. Afterwards, we went to dinner at Bo-beau Kitchen. Since it was Restaurant Week in San Diego, we ordered their special 3-course dinner. Tori loved the Mushroom Ravioli as her starter and I thought the Boeuf Bourguignonne was delicious as my entree. I requested extra bread to sop up the remaining sauce. We both ordered the Flourless Chocolate Cake for dessert which was very tasty. 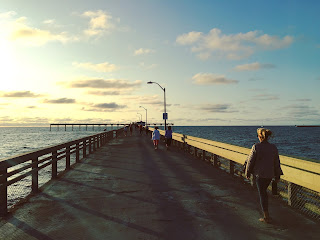 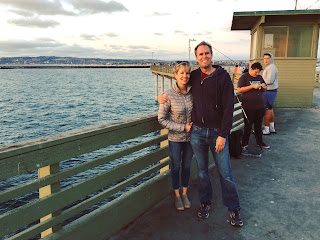 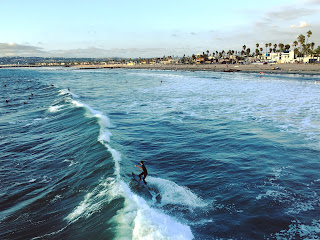 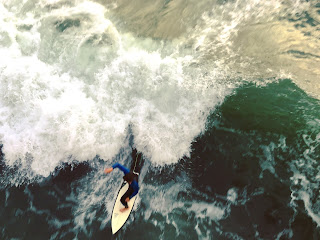 The clouds returned on Saturday morning. After the hotel's breakfast buffet, we checked-out and rode into Mission Beach, except that we went the wrong way and ended up on the long jetty between the San Diego River and the Mission Bay Entrance Channel. After our interesting detour, we back-tracked over the correct bridge and rode into Mission Bay and walked out on the South Mission Beach Jetty to check out the Graffiti Shack sitting on the rocks. The abandoned structure used to be the electrical box for the fog light at the end of the Jetty. 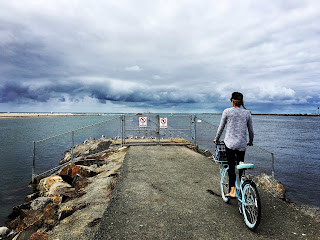 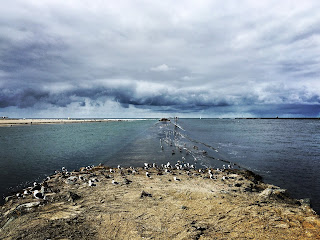 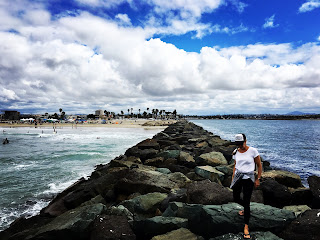 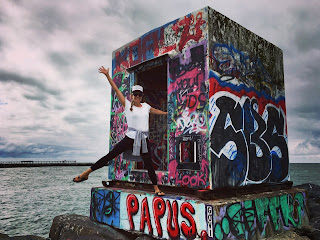 Leaving the rocky jetty behind, we slowly cruised up the boardwalk until we reached Pacific Beach and stopped for drinks to people watch. We rode all the way to Palisades Park at the north end of Pacific Beach. After snacking on some fries at Biggie's Burgers to get out of the light rain, we headed back to our car and headed to Aerial Revolutions for the Saturday AcroJam.

p.s. - I had quite the experience with a crazy homeless man in a Mission Bay park bathroom. He was talking to himself as I walked past him to the urinal. As I was peeing, he started shouting and banging his stick against the walls and bathroom sinks. I kept my eye on him as I finished up and he brandished his stick and yelled at me for looking at him. I had to walk out backwards because I didn't want to get hit in the back of the head.
Posted by Noah Unsworth at 9:33 PM