Flowers are blooming all around the neighborhood, but the bright blossoms of the Red Flowering Gum Tree caught our attention. During our weekend AcroYoga practice, we took a few base view photos under the Western Australian tree swarming with pollinating honeybees. 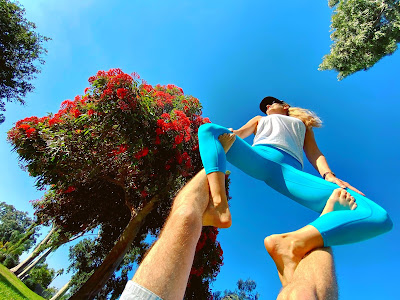 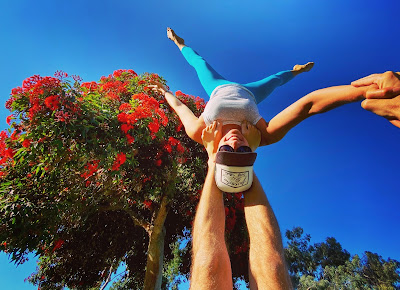 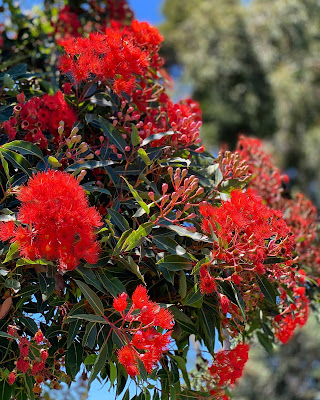 Nearby, the Golden Medallion Tree with its rings of yellow flowers was also in bloom. This attractive tree is native to Brazil. Tori's hat fell off while in Star Pose but I really like how her released hair flowed down my legs in waves. 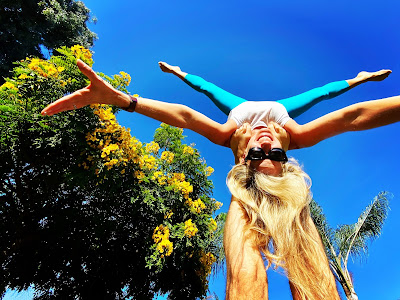 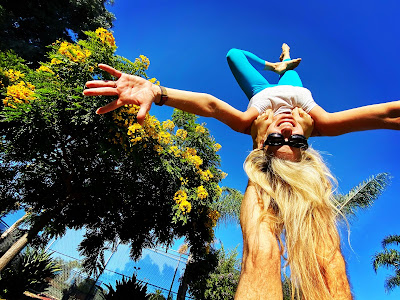 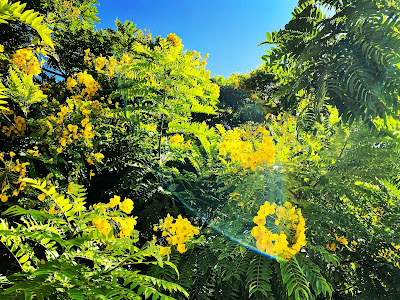 In the past we have tried taking some photos with Tori wearing a GoPro on her chest to show the Flyer's Perspective. This time we tried a couple poses with Tori holding an iPhone over her head instead. I think the Straddle Throne pose looks the best. 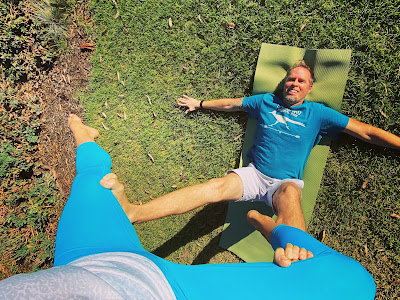 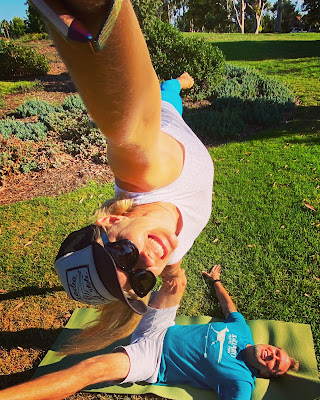 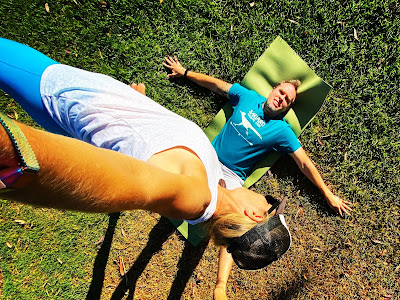 After our AcroYoga practice, we were hungry and excited to try the new restaurant, Bologna Gourmet, that opened right before the coronavirus pandemic in the Carlsbad Gateway Center near our work. When I saw their sign, I had assumed that Bologna Gourmet was another of the artisan food suppliers that populate this isolated business park, but the four new tables in the parking lot to satisfy the state-mandated outdoor seating caught my attention during my drive home from work. 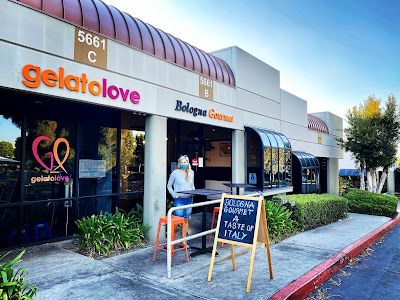 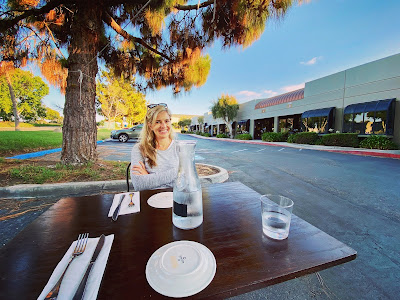 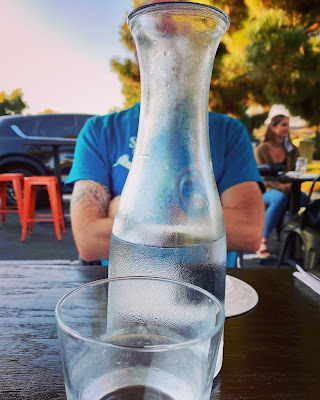 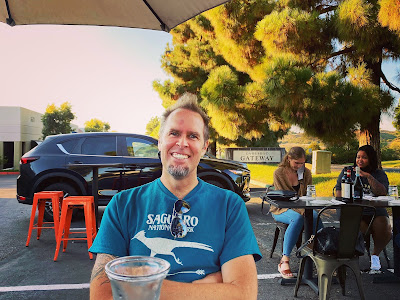 I will start by saying that the meal cooked by the Italian owners from the northern region of Italy near Bologna was amazing! To start, Tori and I shared a Cesarina Salad with Anchovies. I had the Caramelle Pasta with Marinara. The perfectly-cooked candy shaped pasta was stuffed with Prosciutto, Pork Loin and Mortadella while Tori had the Rigatoni Pasta with Vodka Sauce. We both considered the sauces the best we have ever had! The warm tasty bread was perfect for sopping up our extra sauce. We can't wait to come back! 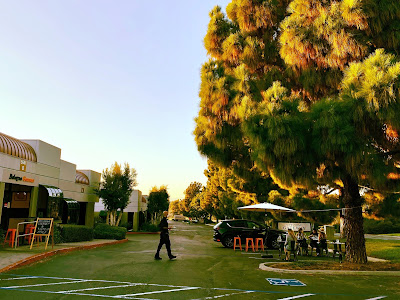 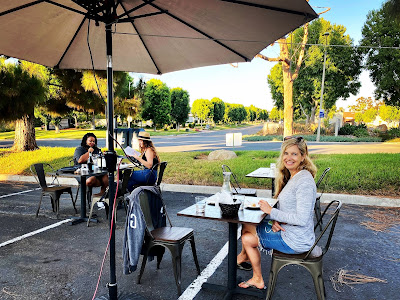 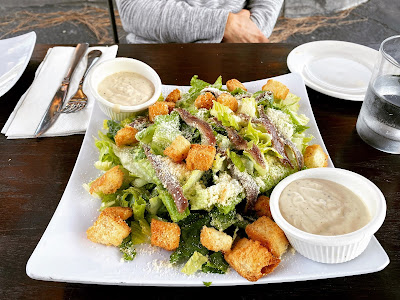 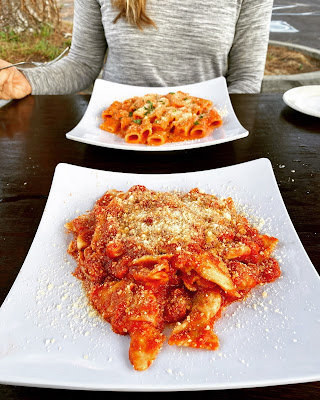