On our day off from work, Tori and I drove down to Imperial Beach for a hike in the Border Field State Park. Our trail started in the Tijuana River Estuary which is the largest coastal wetland in Southern California and sits on the international border of US and Mexico. The majority of the Tijuana River flows through Mexico before crossing the border and emptying into the sea through the estuary. While a major source of wastewater pollution into San Diego over the last hundred years, the US helped pay for a sewage treatment plant in Mexico in the late 1990s to help clean up the river. While not up to the same clean water standards of the US, the amount of raw sewage has been greatly reduced except for the major spills during seasonal storms. In 2020, the new NAFTA agreement included 300 million to further clean up the river and improve the treatment plant. 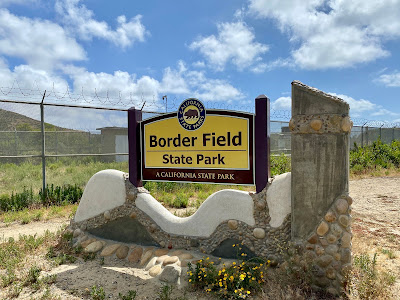 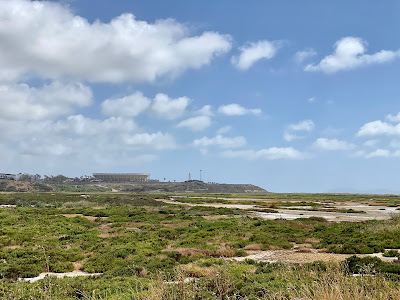 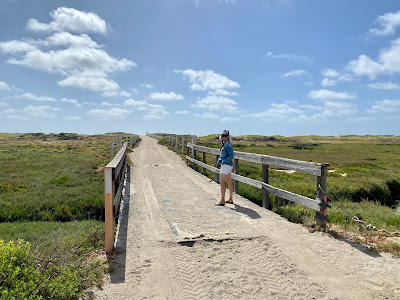 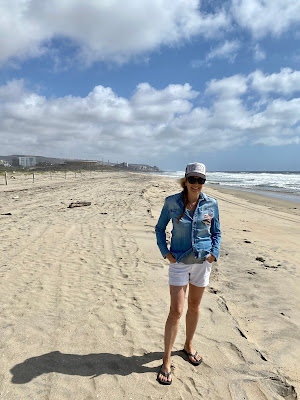 While the road to the Friendship Park of the Californias on the border is now closed to cars, we parked on Monument Road and followed the paved road west. Halfway to the beach, the trail became a dirt road through the center of the dry salt marsh. In the distance, we could see into Mexico on the other side of the tall border fence. South of the river mouth, we crossed over a small stream and emerged onto the beach where an old concrete pillar of a former life guard tower rose out of the sand. The waves were large and extremely rough. We had planned to return back to our car at this point, but we decided to continue along the South Beach Trail. Walking toward the border fence, we could see the Tijuana Lighthouse on the hill growing steadily larger. 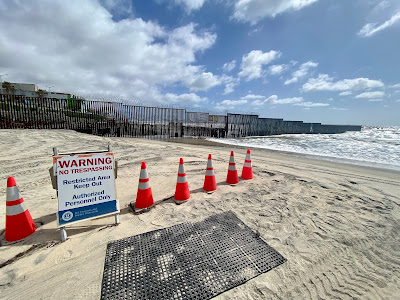 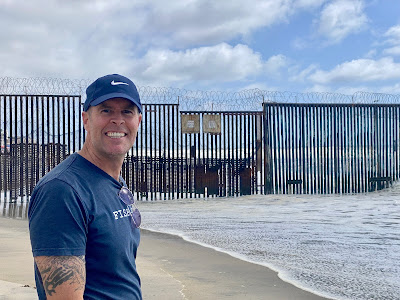 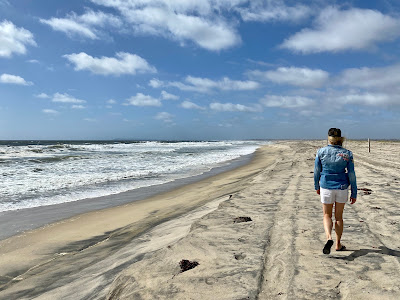 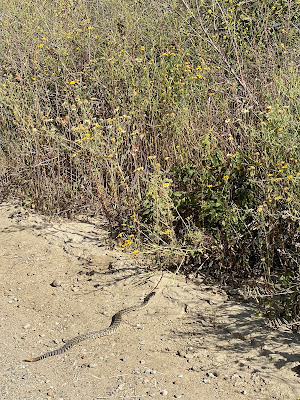 At the border, the metal fence extends 300 feet into the ocean as the incoming waves splash along its length. On the hill, we could see the large bullring, the Plaza de Toros Monumental. The beach on the US side was empty but it was quite crowded on the other side. In October of last year, a group of 70 people tried to swim around the end of the fence all at once and a woman downed in the attempt. A friend of my father's lives in Playas, the Mexican beach town on the other side of the border. When my brother and I stayed with him for a week, we used to walk right up to the border fence from the other side. Walking back to our car, we almost stepped on a Southern Pacific Rattlesnake crossing the center of the road. The total hike was 3.5 miles. 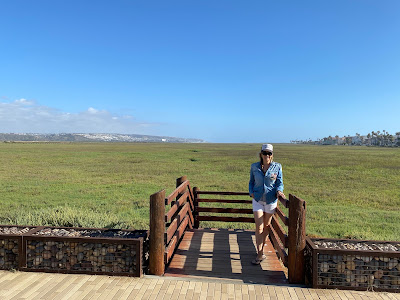 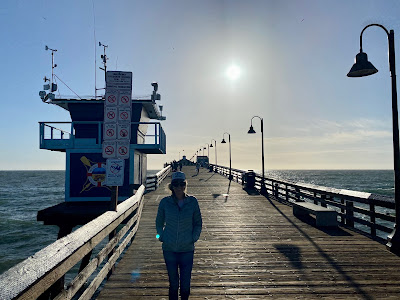 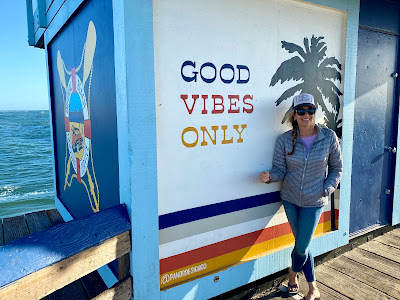 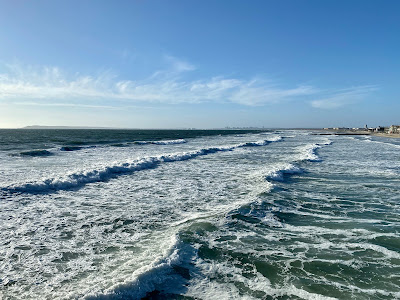 Leaving the state park, we entered Imperial Beach and parked at the northern tip of the Estuary. We were hungry and thirsty, so we ordered cocktails and a shared appetizer at the IB Forum Sports Bar. It's been forever since we've had potato skins. After our break, we headed north to the Imperial Beach Pier and walked out to the end and explored the rest of the small downtown. For dinner, we sat at the bar of the Brigantine and shared a plate of their famous fish tacos. We watched the sunset before heading home. 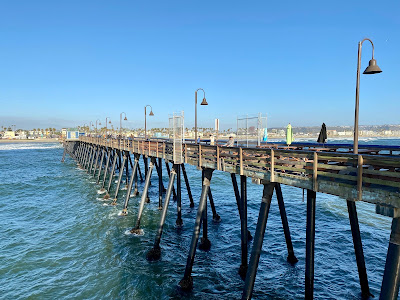 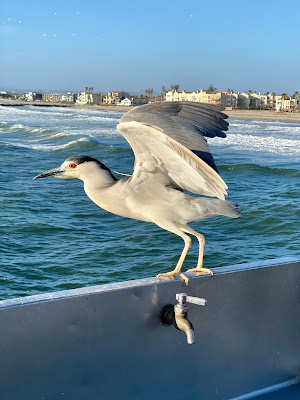 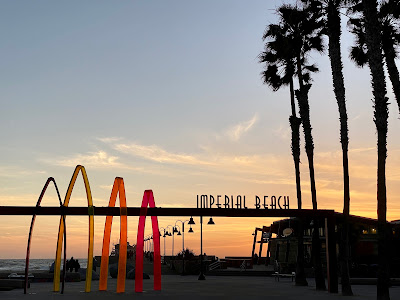 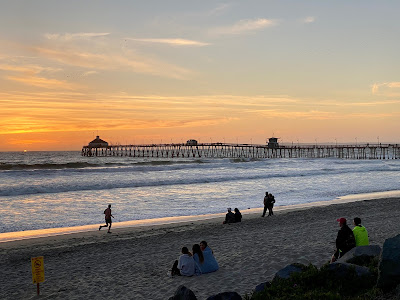 On Saturday, we met up with our friends at Mission Bay for a beach bonfire in the quieter Sail Bay. We parked at the Fanuel Street Park and walked down the boardwalk to Riviera Shores Beach on the west side of Crown Point. We arrived just before sunset so the lighting was beautiful. 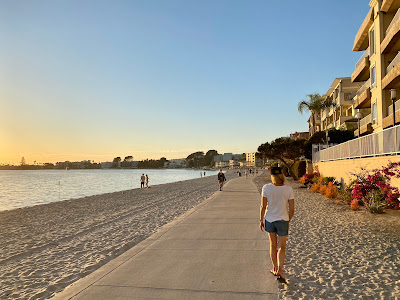 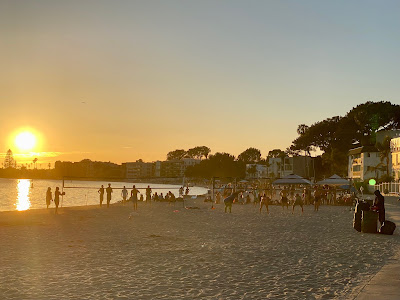 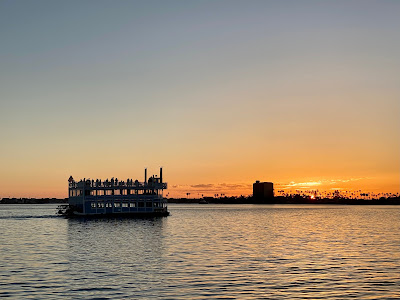 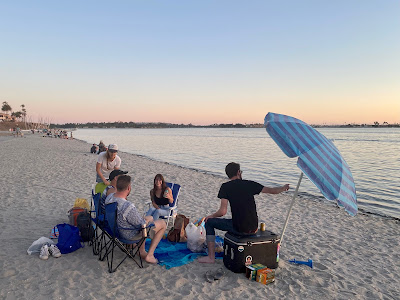 Kenny brought a smokeless firepit and it worked great. Normally my clothes stink of smoke after a bonfire but they still smelled clean afterwards. We had a wonderful time chatting and roasting Hot Dogs over the fire. A couple walked over from a nearby vacation rental to ask if they could use our fire for S'mores. They had an Uber deliver marshmallows, graham crackers and chocolate so they shared their extra supplies and we all had some of the sticky treat. 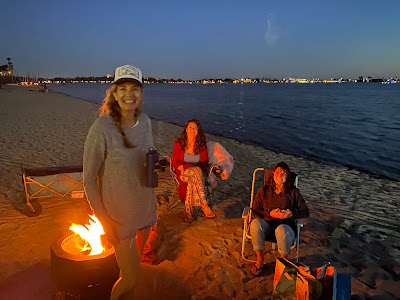 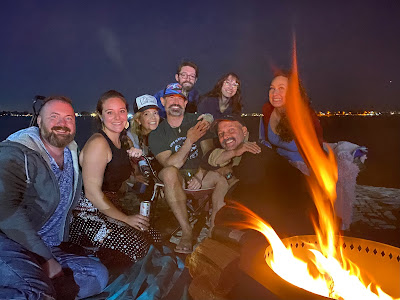 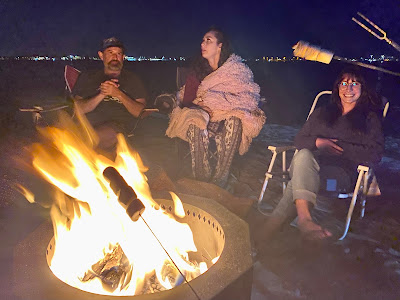 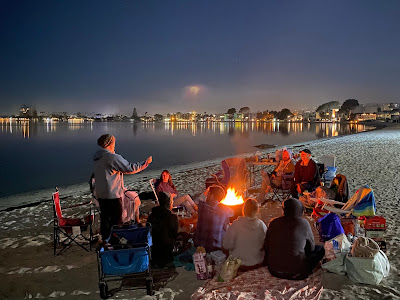