I just got back from one of Budapest's famous thermal baths. It is in good walking distance from my hotel and is inside a giant building along the Danube river. They supply you with a tiny white apron to wear inside, but I wasn't feeling that adventurous so I wore my trunks instead. I felt like I was inside the baths from the first James Bond movie with Pierce Brosnan. High ceilings, sculptures, pillars, and art deco tile-work everywhere. I thought about also getting the $5 massage when I was at the ticket counter, but I am glad I didn't after I saw the masseur. Heh! :) They also had a nice sun terrace and unique little wave pool. 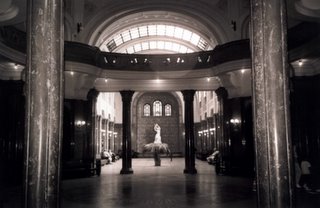 I arrived in Budapest yesterday by train. It left Prague at 9:00 in the morning and arrived in Hungary around 3:00pm. Since this was a day trip I was able to enjoy the countryside along the way. Lots of yellow sunflower fields! I got a little travel sight-seeing bonus because the train went right through Slovakia and its capital along the way. It was a fun trip because there was a young Czech girl going on a business trip to Slovakia in my train compartment and we were able to talk awhile about the Czech Republic and Eastern Europe and she was also pointing out the flood damage from the previous summer to me along the way. She speaks 4 languages (boggle) and works for a French development company. I like talking to Europeans because they are always very aware of world events and not afraid of speaking their opinions about them. 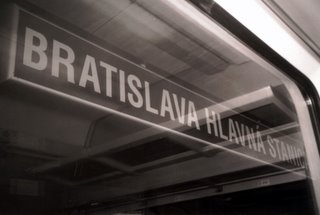 I have been living on Goulosh with bread dumplings since I arrived in Prague and now also in Budapest. It tastes so great and I can't get enough of it. Hmmm! I think I will have it again tonight. :)

I enjoyed Prague but I mostly did the usual tourist stuff. I did help a blind women to the side of the road, somehow she had lost her way and kept bumping between several taxis that where parked in the middle of the street. She didn't speak any English but no one else seemed to be helping. I also saw a guy wipe out on a scooter taking a sharp turn on some slick cobblestones. He must have been very embarrassed and not very hurt because he jumped right up and took off real fast. I think he should of given a little bow to the crowd, but Oh Well!! Beside that, nothing too interesting happened there, maybe that will change here in Budapest. I am off to visit the Buda Castle, supposedly they have an underground Labyrinth you can visit at the castle. I hope it is a cool maze I can get lost in. 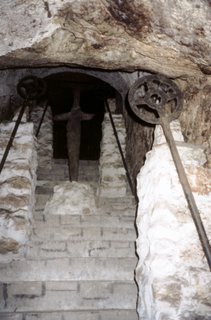 I will visit Statue Park tomorrow. It is where they put all the old communist statues they took down in Budapest after the Cold War ended and the Soviet Union broke up. Sounds interesting. 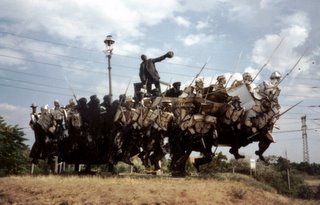 I haven't been able to get hot water yet in my Budapest hotel room. I think I will speak to the desk clerk about it when I get back. These cold showers have been a little too brisk!!! :)

Only two days left of my trip.
Posted by Noah Unsworth at 7:52 AM