I have now spent two nights on Fraser Island. We left the tropics and crossed over the Tropic of Capricorn to arrive here on the island. The first night was cross-dress night. The guys dressed up as girls and vice-versa. It was pretty funny and we headed over to the Dingo Bar to dance until midnight in our crazy outfits. Heh! 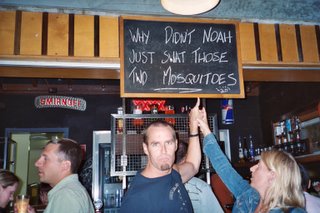 Fraser Island is the world's largest sand island and we explored it today in a 4WD vehicle. One of the most impressive parts was driving down the wet sandy stretch of "75 Mile Beach" (which is actually only 59 miles long) and stopping to take a short plane ride which took off from and landed on the sandy beach. 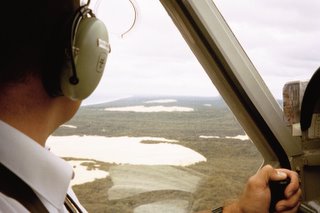 The other fun stop was at Lake McKenzie. The sand around the lake is pure white and the water is crystal clear and slightly acidic which makes it a natural skin exfoliant. The water was pretty chilly but a few of us had a fun swim. 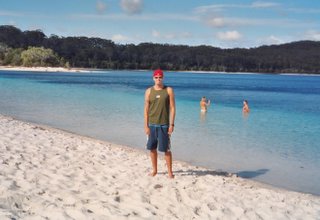 Before taking the ferry to Fraser Island, we stayed the night in Rockhampton, the Beef Capitol of Australia and visited the Koorana Crocodile Farm. One of the crocs we visited was "Shaw", a 90 year old croc who killed one of his keepers in the 1940's. We also got a steak dinner with some nice Crocodile Chowder Soup and some Crocodile Kebabs. It didn't taste that bad, though it was a bit chewy. 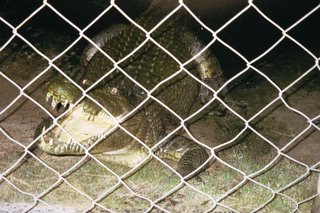 We are now headed inland to stay at a farm for a night and then further south to the Gold Coast for two nights in Surfer's Paradise.

Australia Animal Watch: Well, I can check off salt-water crocodiles from my list, but I didn't see any of the dingos that live on Fraser Island.
Posted by Noah Unsworth at 11:48 PM