Well, I am sitting at a really nice resort in Coff's Harbor. One more day until we are in Sydney. Today we stopped at a Wildlife Sanctuary where I was able to see a lot of the iconic Australian Animals I have missed up to now, including a dingo which I missed out on seeing at Fraser Island. 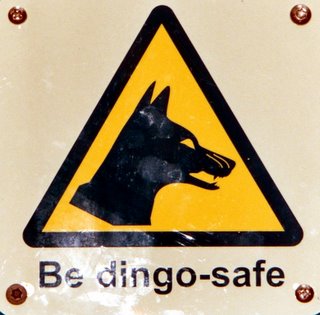 Driving down the coast today we crossed the state line from Queensland into New South Wales and visited Byron Bay, which is the most eastern point of the Australia mainland. There was some great views from up on the cliffs with the light house overlooking the bay, including watching a pod of dolphins swim past. 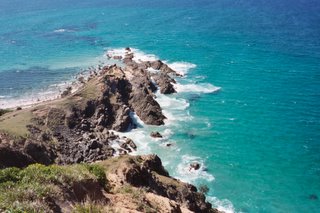 The past two nights have been spent in Surfer's Paradise. (I was hoping to get in some surfing here on the Gold Coast but there has been no swell and the waves have been tiny.) Oh well! :) My cousin Vern, who lives in Brisbane, took me on a drive of the Gold Coast and showed me all the famous surfing spots and treated me to lunch and gave me a tour of his lifesaving club where he is a volunteer lifeguard. Thanks, Vern! 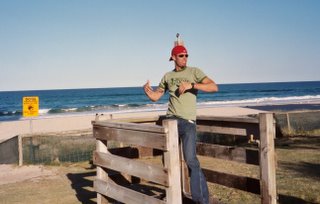 The final night in Surfers was spent at Dracula's, a cool dinner cabaret show that was really funny and the food was excellent. 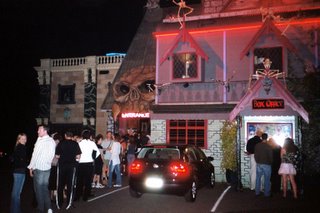 But one of the most interesting parts of my trip was when we stayed at the "Adora Downs Farm" which is located in the Darling Downs area of Toowoomba. We had a excellent country meal and had a fun time learning different country Bush Dances. It was exhausting but great fun. They also had some pet kangaroos which would come right up to you for a quick pet. Tomorrow we drive to Sydney where I will spend three days before coming home. I can't wait to explore that city. 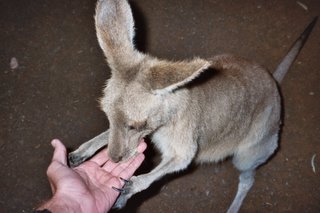 Australia Animal Watch: I have a big list now since visiting the Currumbin Wildlife Sanctuary, the highlights were Australia's most dangerous snakes, the dingoes, and the Tasmanian Devil.
Posted by Noah Unsworth at 10:30 PM