Pepper at the Belly Up

Last night was great. Not only did I watch the San Diego Chargers beat the Indianapolis Colts in the first round of the NFL Playoffs, but I saw some good bands at the Belly Up in Solana Beach with Joe, Suzie, Abby & Aaron. 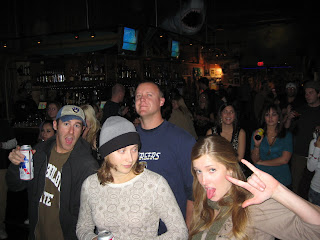 Passafire was the first band but we missed most of their set because the Charger game went into overtime. I really liked their sound, too bad they weren't the second band up. Afterwards, I wished I had gotten one of their CDs while I was still inside. I guess I will just have to look for them on the Internet. 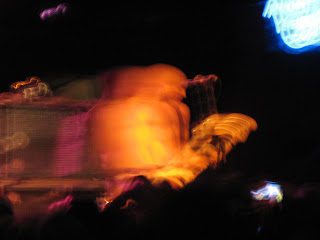 The second band, Supervillians, was good but they almost blew out my eardrums a few times. With the saxophone and trumpet, they could get really, really loud. The lead singer was the drummer, something I have rarely seen. It seems like it would be so hard to sing while keeping the beat. 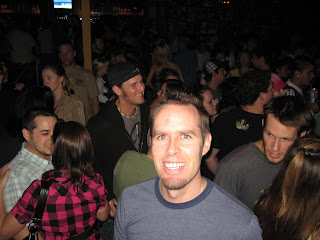 The crowd really got crazy when Pepper came on. There was a great atmosphere but the security was tough, yanking out anyone who tried to light up a joint. We ended up back at Joe & Suzie's place eating cupcakes and pizza while playing Jenga. Good times, good times.
Posted by Noah Unsworth at 4:06 PM

Email ThisBlogThis!Share to TwitterShare to FacebookShare to Pinterest
Labels: Music