We took the morning ferry across the Rio de la Plata to Colonia, Uruguay on Monday. The water was a dark brown from all the sediment flowing down the rivers into this huge inlet in the coast of South America. We stayed at this nice little courtyarded hotel by the water called Posada de la Flor. Colonia is a UNESCO World Heritage town that was founded by the Portuguese in 1680 to spy on the Spanish in Buenos Aires. 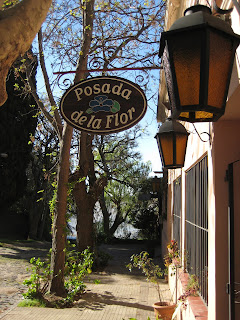 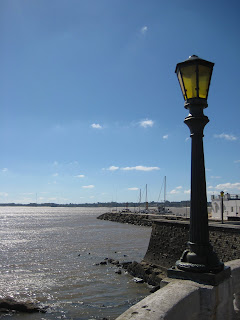 We explored the small town, ate lunch and went to the beach to play soccer. At night we watched the U.S. Open Tennis Finals at a bar with our Argentinian guide, Martin. He was rooting for Del Potro, his fellow countryman to beat the multiple U.S. Open Champion, Roger Federer. He was really happy when Federer was upset and lost. Too bad, we were not in Buenos Aires for one more night to watch it in an Argentinean Bar. 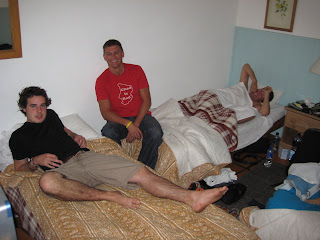 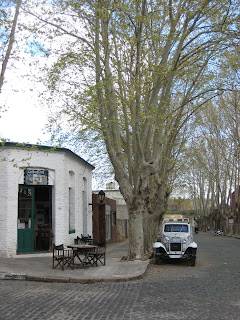 At the restaurant for dinner, there was a Foosball table and I was able to show off my skills. I won the little mini-tournament we had. In the morning, we caught a bus to the capital of Uruguay called Montevideo. Miles and miles of cattle ranches were the only sights until we reached the outskirts of the city. 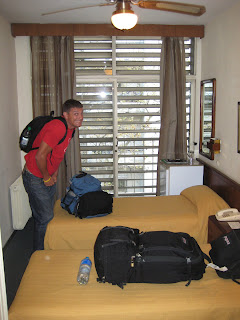 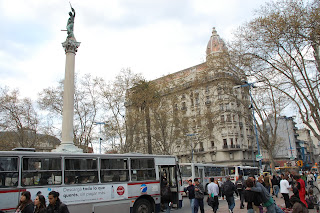 Exploring the old section of the capital, we ended up at the Escollera Sarandi, a fishing jetty near the port, just in time to catch the sunset. I found it interesting that even though we are on the East coast of South America, the sun still set over the water. The Rio de la Plata is too large to see Argentina on the opposite side. For dinner at El Peregrino in the Mercado del Puerto, I had my best meal of the trip so far, a tender sirloin steak with a mustard and Roquefort cheese sauce. 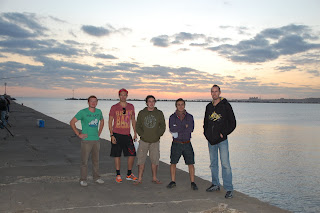 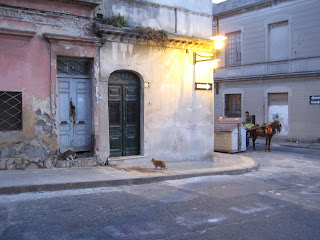 Earlier today, we were walking down the winding Ramblas along the waterfront when we were stopped by two plainclothes policemen. They wanted to check Chad and my passports and review the pictures in our cameras. At first we thought they were some kind of conmen but one spoke English very well and explained that they thought we had taken pictures of an embassy as we walked past. After they radioed in to check out our passport numbers and looked at our pictures, they shook our hands and let us go. 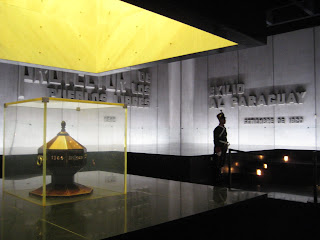 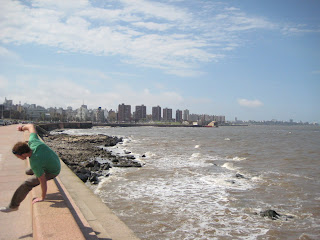 Today is our last day in Montevideo. We are going to hang out tonight and watch a soccer game in a bar, before going to dinner. Thursday, we go to the city of Salto in the north of Uruguay to visit the thermal baths and relax.

p.s. We got our first question about Obama here in South America when Chad and I were asked by a taxi driver in Colonia if we were Americans.
Posted by Noah Unsworth at 12:31 PM