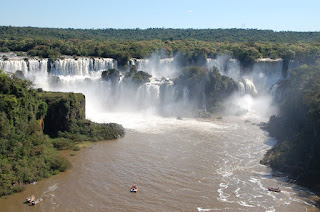 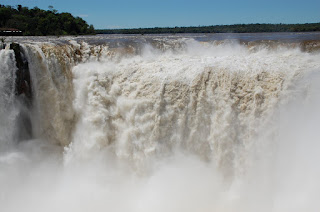 I have just spent two days at the Iguassu Falls. I knew the falls were supposed to be impressive, but when we went to check them out from the Brazil side I was prepared to be underwhelmed. That thought vanished as soon as the first section of the falls came into view. They were spectacular. As we walked down the trail, more sections of the falls were revealed as the mist grew heavier. At the end of the trail, we went out on a walkway into the middle of the two-tiered falls. We got soaked as the water crashed down above us, flowed underneath and cascaded down to the bottom level. The water level is four times higher than it normally is at this time of year. 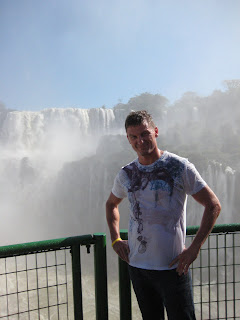 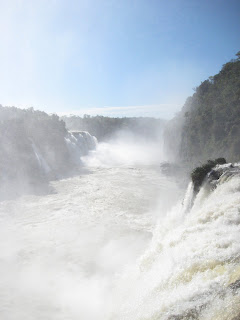 Today, we went to the Argentinian side of the falls, where 75% of it is located. We started out at the very top, looking down into the thunderous Devil's Throat. It was freaky standing right at the edge as the water pounded down, the bottom hidden by a huge cloud of mist. Going down river, we rode a speed boat right up to the base of the falls. It was fun being blinded and drenched by the spray, but it was over way to quickly. My favorite part, was at the very end of the day as we hiked along the Circuit Superior at 5pm. This was the most beautiful section of the falls. It looked unreal, like a scene from a fantasy film complete with rainbows. The light was perfect as the long ridge of countless falls spread out before us as we walked along it's rim. So many great pictures and videos. 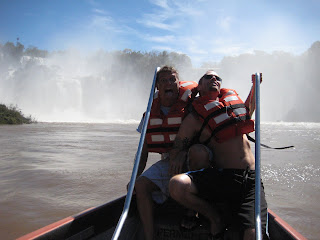 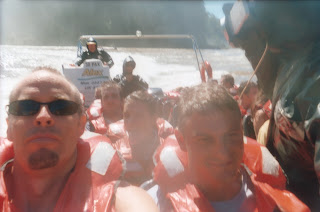 It took two long buses to reach here from Uruguay. On Thursday, we took a seven hour bus ride from Montevideo to Salto on the border of Argentina. We arrived in Salto during a lightening storm with pouring rain. A close strike knocked out the power to half our hotel, but the lights came on pretty quickly. The rainstorm was over by the morning, so we took a city bus out to the thermal baths in Dayman. It was windy and cold all day, so we kept running from pool to pool to stay warm. It was the complete opposite of the clear blue skies we have had here at Iguassu. 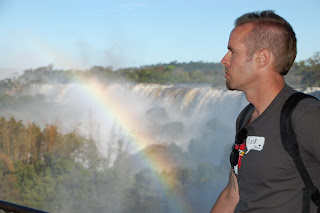 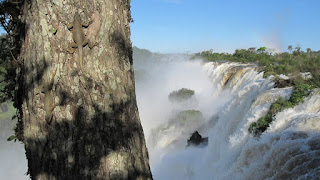 Friday night, we took a night bus north to the border of Brazil. We passed the time juggling a soccer ball in the bus terminal until it arrived an hour late. I got hit in the face with the ball before we were asked to stop playing on the loudspeaker. The thirteen hour ride was not bad with food served by a stewardess and movies. Chad and I had the front seats at the top of the doubledecker bus with a huge window in front of us. When I woke up at two in the morning, the flat landscape was pitch black on either side of the road, like driving between two dark oceans. It felt like I had a first class ticket to observe my own death though, every time we passed a slower truck on the road. 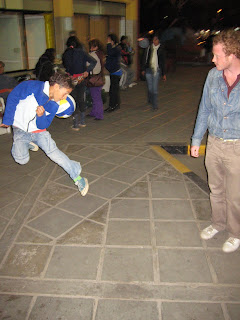 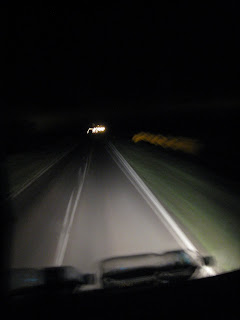 We started our last night in Montevideo in a tiny hotel room playing drinking games. At 11:30 we went down to a bar in the Ciudad Vieja called, El Pony Pisador. There was two live bands with lots of song requests and dancing till late in the night. The Caprioska's were very good. Walking back to our hotel late, several of us tried running up a sharply slanted marble wall to touch the top edge. Kept missing it by mere inches. 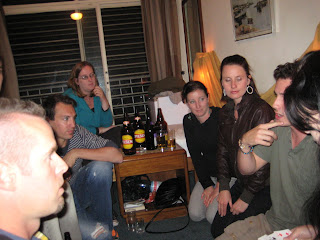 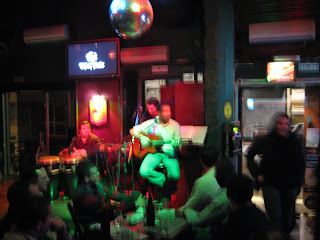 Tonight, we are going to have BBQ by the pool. Sundays are pretty dead here. Last night, we went out and had Feijoada, the national Brazilian dish, a thick stew with beef, pork and black beans. It came with a big spread of bacon, collard greens, cassava flour, bananas and oranges. The liberally applied pepper sauce was strong but good. 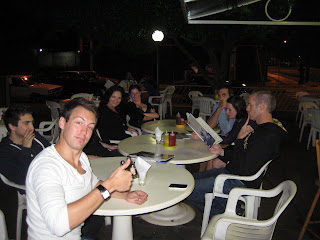 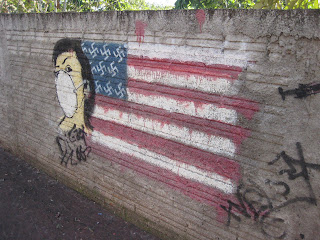 Tomorrow we might go out to Itaipu, the second most powerful dam in the world that is on the river between Brazil and Paraguay. Monday night, we have another long night bus to take before we arrive on the coast of Brazil in Paraty. 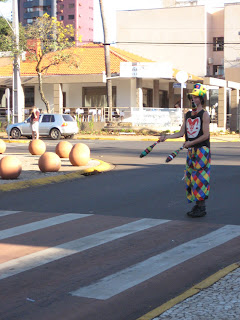 p.s.s. It seems very religious here in Brazil. We walked by a boisterous prayer service in the park and a nearby church always has people going in and out all weekend long.

p.s.s.s. At a bus stop in Salto, a local man saw us trying to figure out which city bus to take to the thermal baths. He stuck his cell phone up to my ear where I found myself talking in English to a young woman back in Florida. Once he knew where we were headed, he was super helpful by pointing us to the correct bus and making sure we got off at the right spot.
Posted by Noah Unsworth at 4:01 PM