I have spent three days in Buenos Aires. We have had bright sunny days, but there is a steady chill in the air. It gets pretty cold at night so I had to accessorize my hoodie with a scarf. It goes great with my new Mohawk. I am enjoying the cold after our hot summer in California. 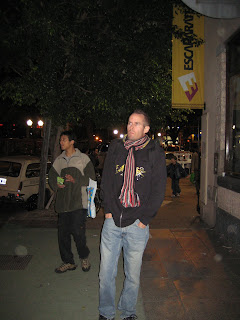 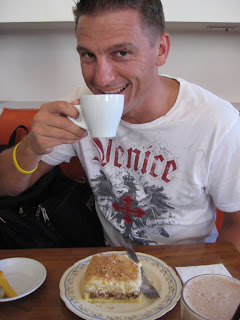 After we flew in Friday morning, we took a taxi to the MALBA, the Museo de Arte Latinamericano de Buenos Aires, in the Palermo district. There was a lot of abstract art, including a wooden bench that flowed over the balcony in tangled wooden threads to reconnect with another bench on a different floor. My favorite painting was of a sad woman's face shrouded in an intense red shawl of tassels created with thick swirls of paint. They also have one of Frida's self-portraits where she is posing with a parrot and a monkey. 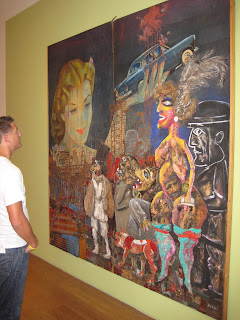 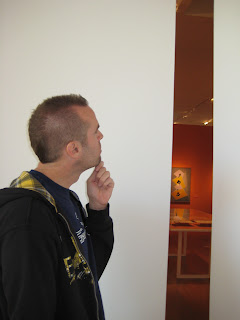 After walking through the Japanese Gardens in the Parque Tres de Febrero, we went to the Soho part of Palermo. We came here to have dinner at La Cabrera Restaurant, one of the best parrillas in the city, but it was booked solid. We ended up having some delicious empanadas, the gourmet hot-pockets of Argentina, at another restaurant instead. Soho was filled with shops and bars around the Plaza Serrano where I bought my scarf and Chad had to buy a jacket. 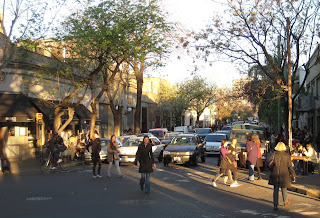 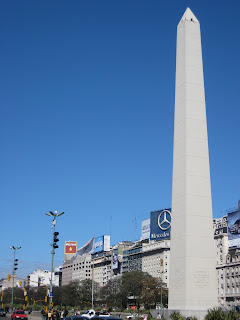 We have lucked out with our hotel here in Buenos Aires. We got bumped to the four-star Hotel Carrson on Viamonte from the pretty run-down place we were originally booked. After we discovered that we didn´t have to change hotels on Saturday morning, we went to the Plaza de Mayo and took a tour through the Rose House. The Buenos Aires version of our White House. We spent the rest of the afternoon around the up-scale Puerto Madero district where we ate lunch and walked down the long crowded boardwalk along the nature preserve. 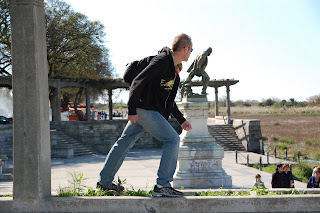 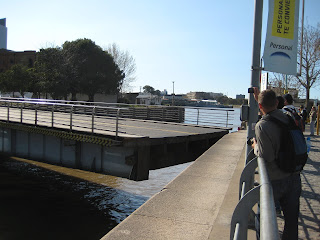 We met up with our group later that night. Most of them have already been traveling for months, starting on the west coast of South America. It is a mix of English, Scottish, Australians and a New Zealander. Except for another couple, Chad and I are the only Americans. We started drinking vodka shots in one of the hotel rooms before ending up at the Krakow Bar in the San Telmo district. I didn´t get to sleep until 3:45. 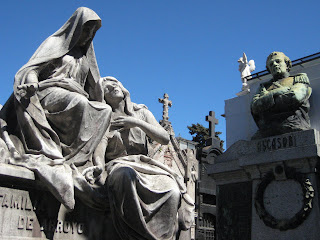 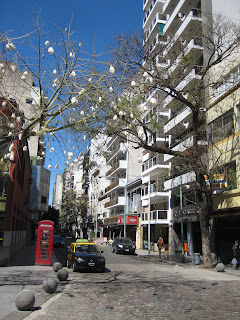 After sleeping in a bit on Sunday, Chad and I went to the Recoleta Cemetery where Eva Peron (Evita) is buried. Lots of impressive tombs. Then we took a train to Tigre, the delta area on the outskirts of Buenos Aires. We walked around the town and canals before finally eating at a parrilla. We were served a large sizzling tray covered in steak, chicken, sausages and some fatty piece of meat that I only tried a small piece of. (Turned out to be intestine.) We took the slower and more scenic "Tren de la Costa" on the way back into the city. 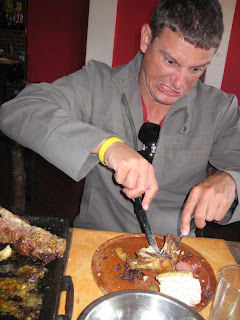 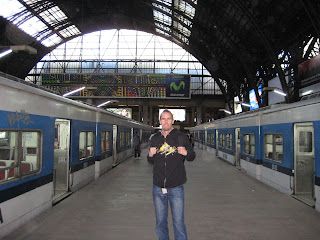 We are going to go out to dinner tonight for our last night in the city. Tomorrow morning we take a three hour ferry across the Rio de la Plata, the widest river in the world, to the town of Colonia in Uruguay. 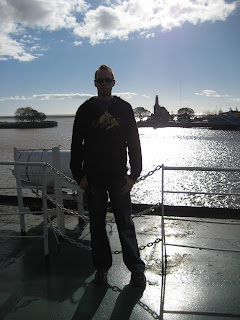 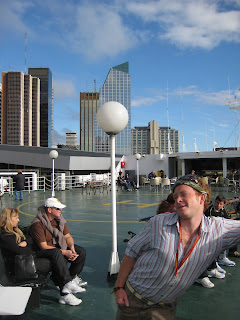 p.s. This computer in the Internet cafe is so crappy. I have to slam the space bar every time for it to work. My thumb is getting a work out. Heh! 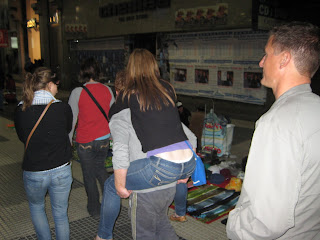 p.s.s. There was a crazy video presentation at the MALBA of a dancer in a white suit twirling two ropes with hunks of meat on the end as he was attacked by hungry barking dogs. Very strange performance art. 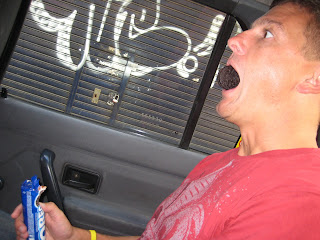 p.s.s.s. I liked the Krakow Bar in San Telmo. Cheap drinks and lots of people playing card and board games at many of the tables.
Posted by Noah Unsworth at 4:30 PM