This year, I finally saw It's a Wonderful Life and White Christmas for the first time with Anna. (Both great!) It really set the tone for this holiday season that started in early December with the H&P Christmas Party. A group of us took the train up to San Juan Capistrano on the 4th where we had drinks at the Swallows Inn before meeting everyone else for dinner at the El Adobe De Capistrano. The downtown was super festive for the Christmas Tree Lighting ceremony that evening. Back down in Carlsbad, we continued the party with more pitchers of beer at Pizza Port. 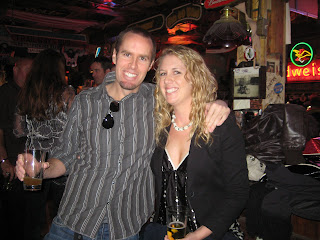 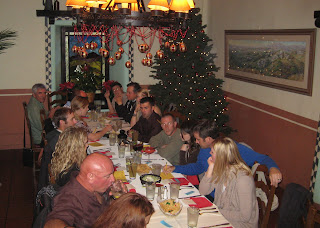 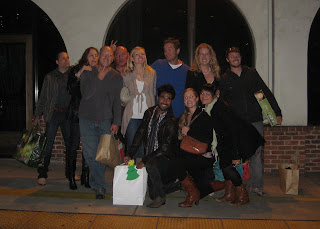 On December 14th, I visited the Holiday of Lights at the Del Mar Fairgrounds with Anna. Driving my Jeep around the race track, covered with interlocking rubber tiles, we checked out the colorful light displays and listened to the holiday music broadcast over the radio. Afterwards, we had a nice dinner at Sbicca (gnocchi) in Del Mar. After one dinner party left, we had the back room with the fireplace all to ourselves. 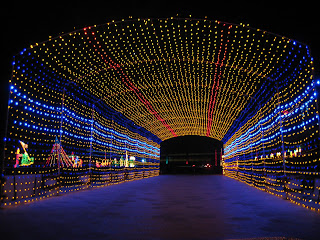 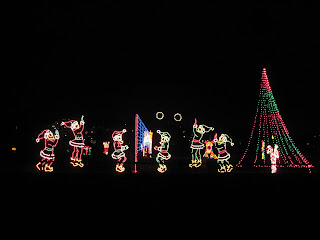 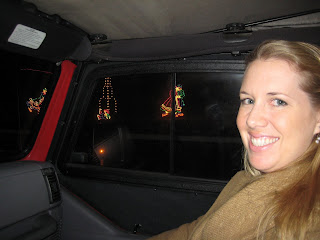 I drank a lot at the 8th Annual Kegger Claus party on December 23rd. At least 5 different types of liquor were poured down the Ice Luge into my mouth. (Tequila, Schnapps, Whiskey, etc...) Some couldn't handle the fast-flowing alcohol. Ha! I have a great picture of Chad falling over to the side mid-pour. I received an Honorable Mention for my ugly Christmas Sweater in the costume contest. The grand finale was the burning of the Christmas Tree loaded with firecrackers and a Roman candle. It started out as a dud when the fire just fizzled, but the thrown bucket of gasoline sent everyone leaping back as the the flames roared into the sky. 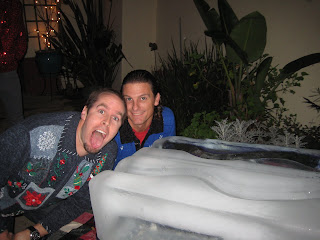 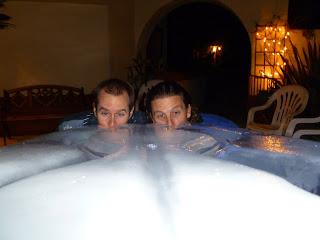 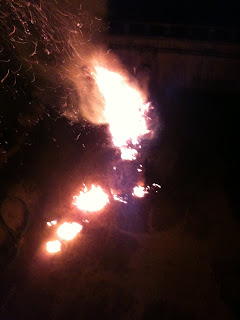 I haven't been to a Christmas Eve Mass in a long, long time. I went with Anna and her family to the Immaculata Church at the University of San Diego. I forgot how many rituals the Catholic Church has. (Lots of repeated standing, kneeling, sitting and singing with the heavy scent of burning incense in the air.) The young woman who led the hymns had a very beautiful voice. A Bishop in his red skullcap gave the sermon in place of the church's regular priest. Afterwards, we checked out the nearby Founder's Chapel with the dark mahogany walls, white marble altar and towering gold altarpiece surrounding the crucifix. 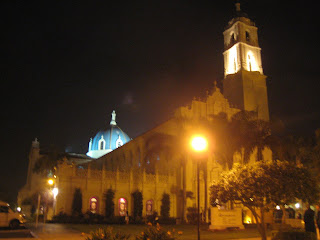 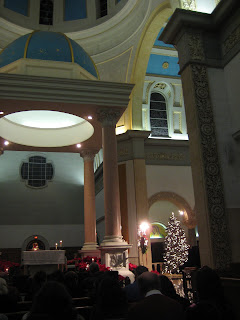 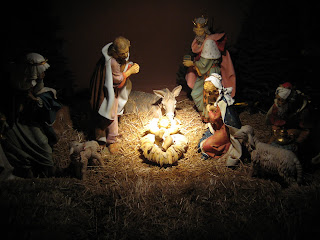 This is the first year that I have spent Christmas at my Mother's house. Normally, we all go to my Grandma's house in Santa Ana, but she has passed on the tradition. We spent Christmas morning watching my nephews open their presents while eating bacon and pancakes before driving up to Riverside. There was tons of food and two cakes this year for my birthday. Once again, I was in charge of the gift exchange. It is fun, but so hectic! 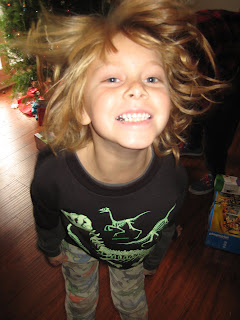 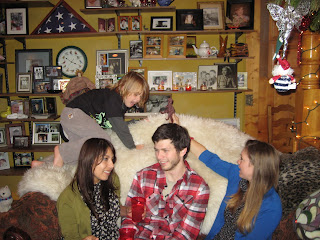 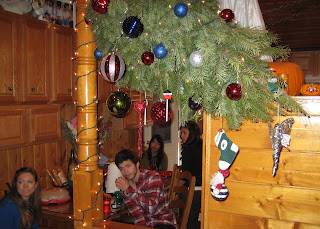 Posted by Noah Unsworth at 7:13 PM